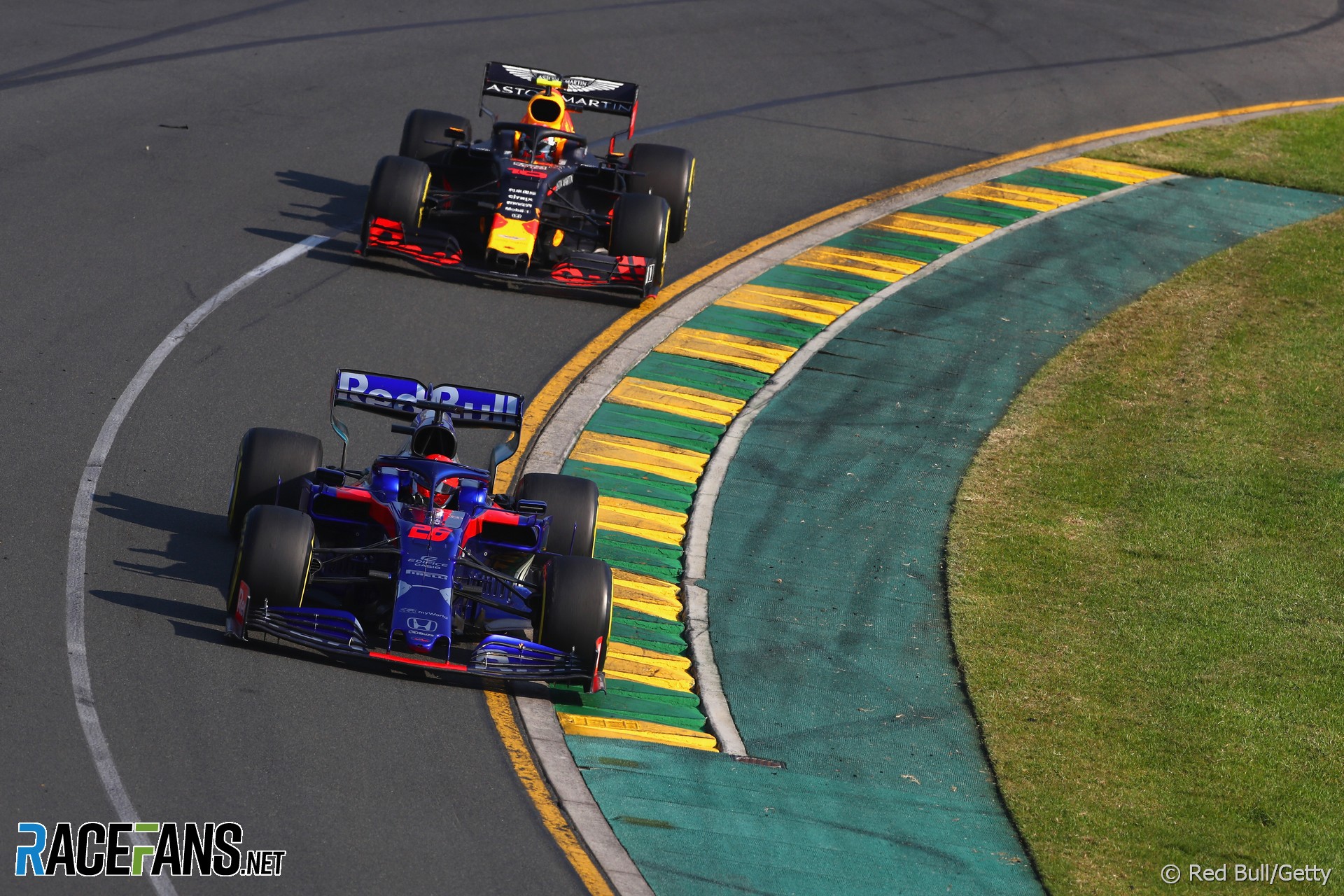 In the round-up: Pierre Gasly says the lower rear tyre blanket temperatures teams have to use this year contributed to him losing a place to Daniil Kvyat in the Australian Grand Prix.

Gasly jumped ahead of Kvyat through the pits but couldn’t keep the Toro Rosso behind on cooler tyres, as he explained after Sunday’s race:

Basically I braked and I could feel like already turn one like I almost locked up. And then coming into turn three I tried to brake a bit later and I locked a bit the front and just warmer tyres for him and he could make the move.

I think clearly it’s impacted because I could feel like going out of the box the first two or three corners clearly more snappy and I think it makes it a bit difficult. Even though today was hotter I think in cold conditions it’s not going to be easy.

Going to the races, celebrating together, pushing each other playing golf and padel… Always great to share a plan with you. Happy Father's Day! @CSainz_oficial pic.twitter.com/lIhfi3TCn5

"Some subscribers faced crashing streams, buffering and failure to even initialise across the service. Formula One have remained tight-lipped on the problems, not commenting on the issues apart from a few tweets from an official help account."

"I'm just drained. I just try to please everyone this week and don't look after myself. We'll change it for next year."

Was Mercedes aware of a risk of floor damage on Hamilton's W10 beforehand? (F1i)

"The specific part, and its associated slot in the floor, helps channel an energized flux of air that mitigates the effect of the turbulence produced by the tyre's rotation and helps combat 'tyre squirt'."

"That was what was unique about Charlie (Whiting) - he had a genuine hands-on involvement in every part of the sport. An extraordinary man who will be missed, especially by his young family, but by the motorsport world at large."

"The Formula 1 season kicked off in Melbourne over the weekend however when it comes to motorsports Australian fans have a far higher recall for V8 Supercars sponsors than for the Formula 1 sponsors."

“The fight to claim that one extra point, in the knowledge that it could be vitally important in the closing stages of the championship.”

The championship should not come down to something as arbitrary or as largely irrelevant as bonus points the fastest lap given how many factors can play into who actually gets the fastest lap and how many silly games can be played with it.

It’s shortsightedness at it’s worse, five minutes of potential artificial spice at the end of a race at the expense of the sporting integrity of the championship standings and eventually it’s going to come back to bite them… I hope this year so we can be rid of as soon as possible.
@Stefmeister