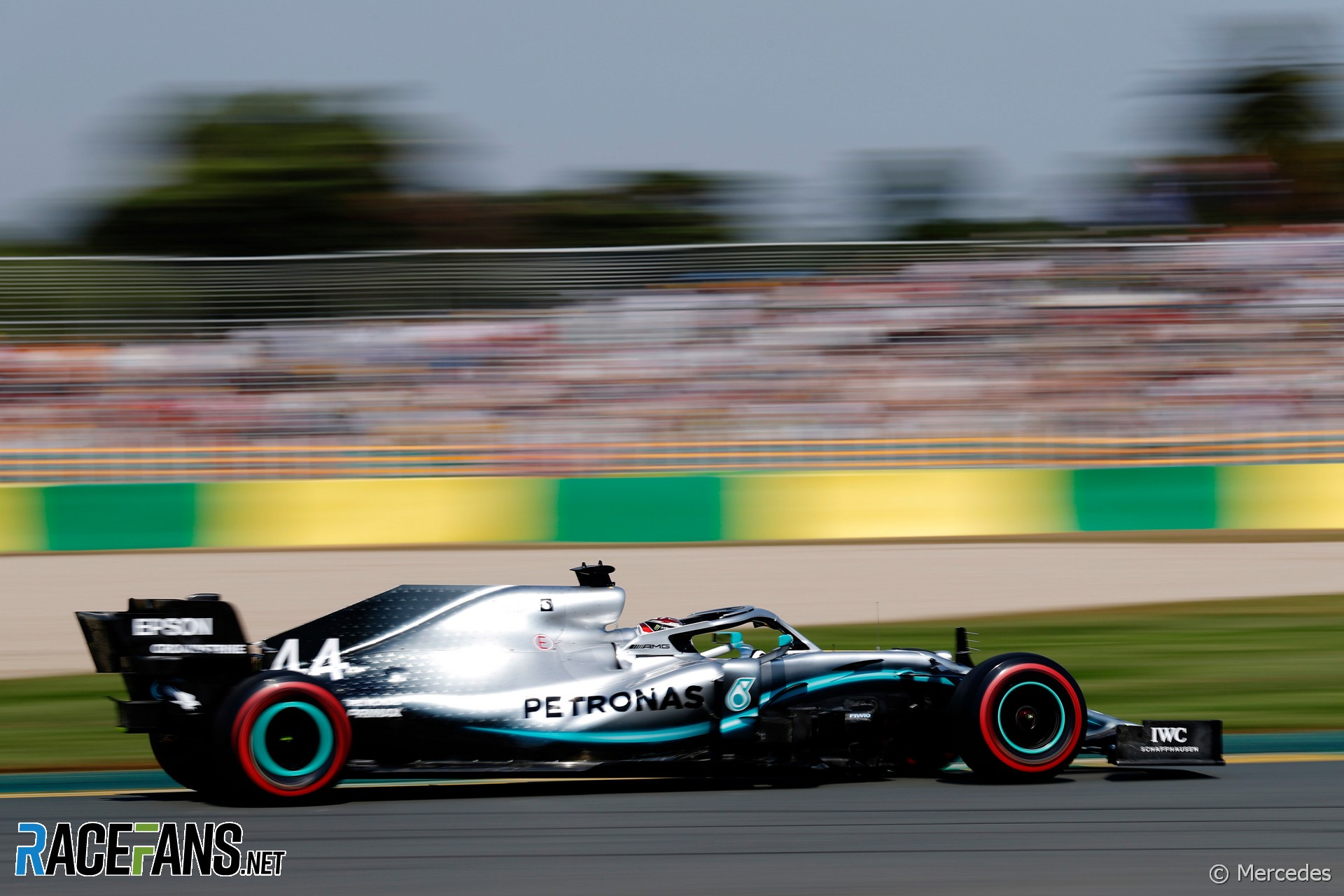 How badly did Lewis Hamilton’s broken floor affect his race? And how did Mercedes’ upgrades turn their performance around after pre-season testing? Craig Scarborough takes a look.

Having ended the pre-season testing period still suffering some understeer in its set up, work back at Brackley running up to the Australian Grand Prix focused on addressing this imbalance, along with a couple of updated aero parts. The results of this, more likely the set-up work than the new parts, brought the car’s performance back to life.

While we can’t be sure of the set-up work that occurred in the gap between testing and the first race, we can at least see the small aero updates.

Firstly, the W10’s front wing was slightly revised, with a shallower rear-most flap element. The rest of the wing and endplate was the same specification as that seen in the second week of testing. In its Melbourne specification, the fifth wing element was slightly shorter in chord and angle of attack, with the fixed outer section of flap that joins to the endplate re-angled to be even flatter. These changes do not make this a new front wing, nor even a concept change towards the tapered Ferrari style wing, but more likely a small, track-specific change.

Secondly, the DRS pod on the rear wing was given a new shape and a serrated trailing edge. This is a small update, typical of the detail work that goes on at Mercedes through the winter, looking at every element of the car:

The change in the general shape of the pod is unremarkable, rather it’s the serrated edge that catches the eye and provides a small aero gain. Normally the DRS pod’s open rear end, which is there for the hydraulic linkage to pull the rear wing flap open, has a straight-cut edge.

Now Mercedes has given this edge a zig-zag finish. These serrations help control the break-up of the airflow behind the DRS pod, by kicking off lots of smaller vortices, rather than the airflow turning-in on itself in an uncontrolled manner. This would reduce drag by a tiny percentage and improve the rear wings downforce by a similar fraction, due to the tidier airflow. As the wake behind the pod is slightly better controlled, it might also be quite influential in helping the airflow reattach to the wing when DRS closes at the end of the straight, bringing the wing’s downforce back slightly quicker.

Another change was along the floor’s edge, towards the front the small flaps over the upturned edge were doubled up from one to two elements. Again, this is an incremental change, typical of in-season development, but it may not have been made in isolation.

This brings us to the lost floor section on Hamilton’s car in the race. Images from French media show earlier in the weekend the rear corner of the floor was being bonded and cured under heat lamps. This work may have been to repair a previously damaged or loose section or perhaps adding a new part in this area.

It’s surely no coincidence that this exact area failed in the race. According to Mercedes’ chief strategist James Vowles, Hamilton sustained the floor damage “during the course of the race while riding over some of the kerbs.” Hamilton suspected the damage occured around lap four, around which point he began losing time to team mate Valtteri Bottas.

This part is quite influential as the rearmost section of floor ahead of the rear tyre is used to keep the tyre’s wake away from the diffuser. This slotted section is familiar to F1 cars of the last 10 years.

Without it, the airflow hitting the rear tyres splits sideways and the inner airflow goes sideways directly into the diffuser. This effect is known as tyre ‘squirt’ and is hugely detrimental to the diffuser’s performance.

Losing this part in the race could easily have knocked a tenth off the car’s ultimate pace from the downforce loss alone, then exacerbated by the change in the car’s balance and overuse of its tyres. But alone would not account for the whole difference in race pace between the two Mercedes.

50 comments on “Analysis: The impact of Hamilton’s broken floor and Mercedes’ other Melbourne upgrades”