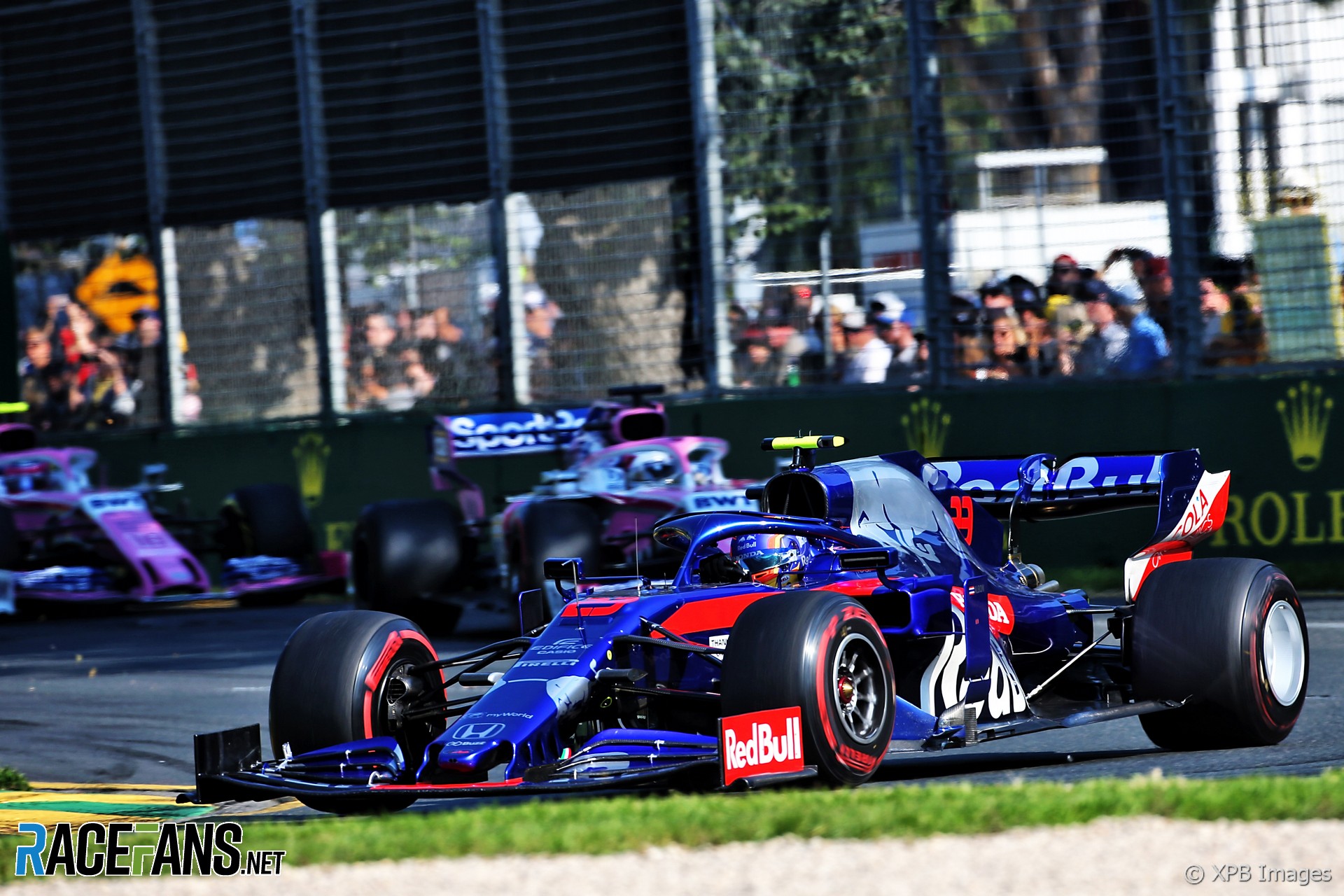 Alexander Albon says the circumstances of his race strategy in his Formula 1 debut meant it was unlikely he had a chance to score points.

The Toro Rosso driver said he had a positive first event as an F1 driver, though his race went awry after he pitted.

“In the whole weekend, I’m happy,” said Albon. “The race didn’t go quite as we wanted it to but looking back at it I don’t think there’s anything we could have really done.

“I don’t think points were possible just with the strategy. It wasn’t a bad strategy, just unlucky with Giovinazzi. Norris, Perez and myself we spent four laps and we lost maybe three, four seconds a lap behind in those four laps. All the people that we were in front of got past us.

“Obviously this track’s not easy to overtake so I spent most of my race looking at an orange rear wing. Or a pink rear wing.

“But I’m happy with the final result. I think there’s a lot of good things to take into Bahrain.”

Albon, who only drove an F1 car for the first time in Toro Rosso’s filming day at Misano ahead of pre-season testing, says he is still learning the differences between F1 and F2.

“The thing is when you’re following cars it’s really bad for tyres. So battling is really difficult. You can’t spend more than two laps in a row, really, without overheating them. [I’m] just learning this.

“I think following cars is actually better than I expected and I think part of that was probably because of the new regulations. But it’s still not easy to overtake. I think Melbourne obviously isn’t the easiest example for this.”

6 comments on “Albon doubts points were possible on debut”