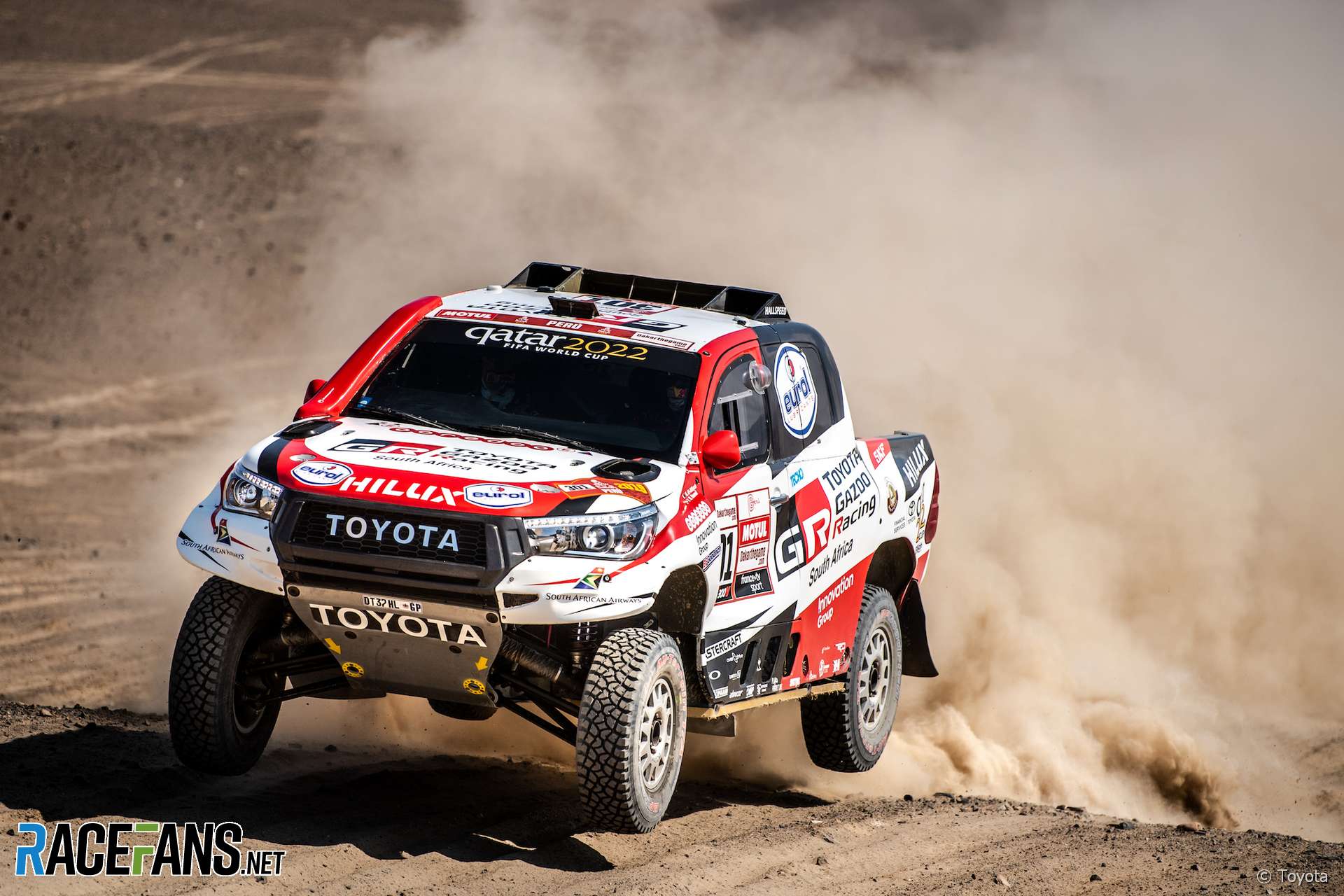 RaceFans understands that the vehicle and support trucks depart Gazoo’s base near Kyalami outside Johannesburg tonight for the Kalahari Goerapan resort (see map below), a luxurious field camp that offers numerous four-by-four trails running through the semi-arid desert region close to the Kgalagadi Transfrontier Park that borders Namibia and Botswana

Although a veil of secrecy has been imposed on the project by Toyota Gazoo Racing’s Japanese management, a source with knowledge of the programme told this website the two-times Formula 1 champion “is evaluating whether to add Dakar to his to-do list.”

Alonso’s victory for Toyota in last year’s Le Mans 24 Hours brought him another step closer to his target of winning motorsport’s ‘Triple Crown’. He will return to the Indianapolis 500 this year as he chases the final component after retiring from 2017 race after leading the early stages.

Asked last year by RaceFans whether he could see himself participating in off-road competitions, Alonso said, “I don’t think so. I need to consider, I need to evaluate, there are things that I need to be honest and know that I don’t have the talent to do.”

However, following his victory in this year’s Daytona 24 Hour race – giving him a shot at a ‘Quadruple Crown’ – the 37-year-old told the AFP news agency that he “plans to do something unprecedented in motorsport”, adding that he was considering non-circuit activities for the first time.

“I’m thinking I’m trying to do something more maybe in different disciplines that are not only circuits,” he said.

No dates have been officially announced for the 2020 Dakar. The event’s promoter, the Amaury Sport Organisation, is contemplating a return to Africa after the race moved to South America in 2009. The 1992 edition finished in Cape Town and included parts of the terrain Alonso will test on this week if all goes to plan.