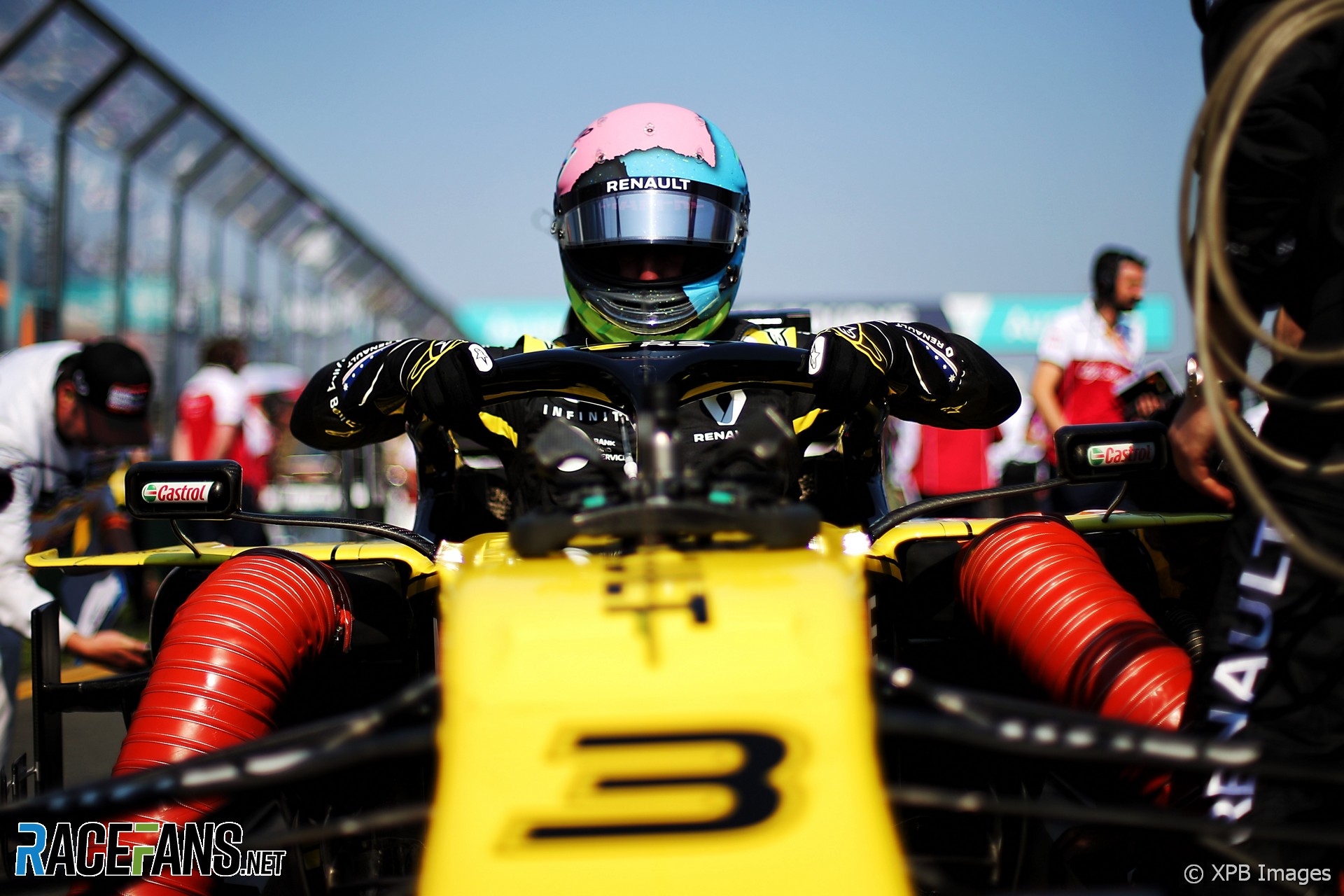 Daniel Ricciardo says he’s anxious to move on from his difficult start to the 2019 F1 season with new team Renault last week.

Ricciardo was out-qualified by new team mate Nico Hulkenberg and wrecked his race within moments of the start when he tore the front wing off his car on a bump.

“I’m keen to put Australia to one side,” Ricciardo admitted. “It was a pretty frustrating weekend overall, even more so as the pace was clearly there for a good result.

“In qualifying, I personally felt I left something out there, which meant our starting spot wasn’t ideal. There’s not too much to say about the race.”

Despite failing to get either car in to Q3, Renault was among the leading end of the midfield pack in Australia. “Hopefully we can be in amongst it this weekend,” said Ricciardo, “but first we need to ensure we’re quick in qualifying and be at the top end of the midfield.”

Ricciardo also expects the Bahrain circuit will provide a further indication whether F1’s new aerodynamic regulations have helped to improve the race, a subject drivers have given mixed opinions about. “There are some decent overtaking spots on a lap,” he said, “and it will be interesting to see if there’s any difference in cars following each other there especially down the main straight.”