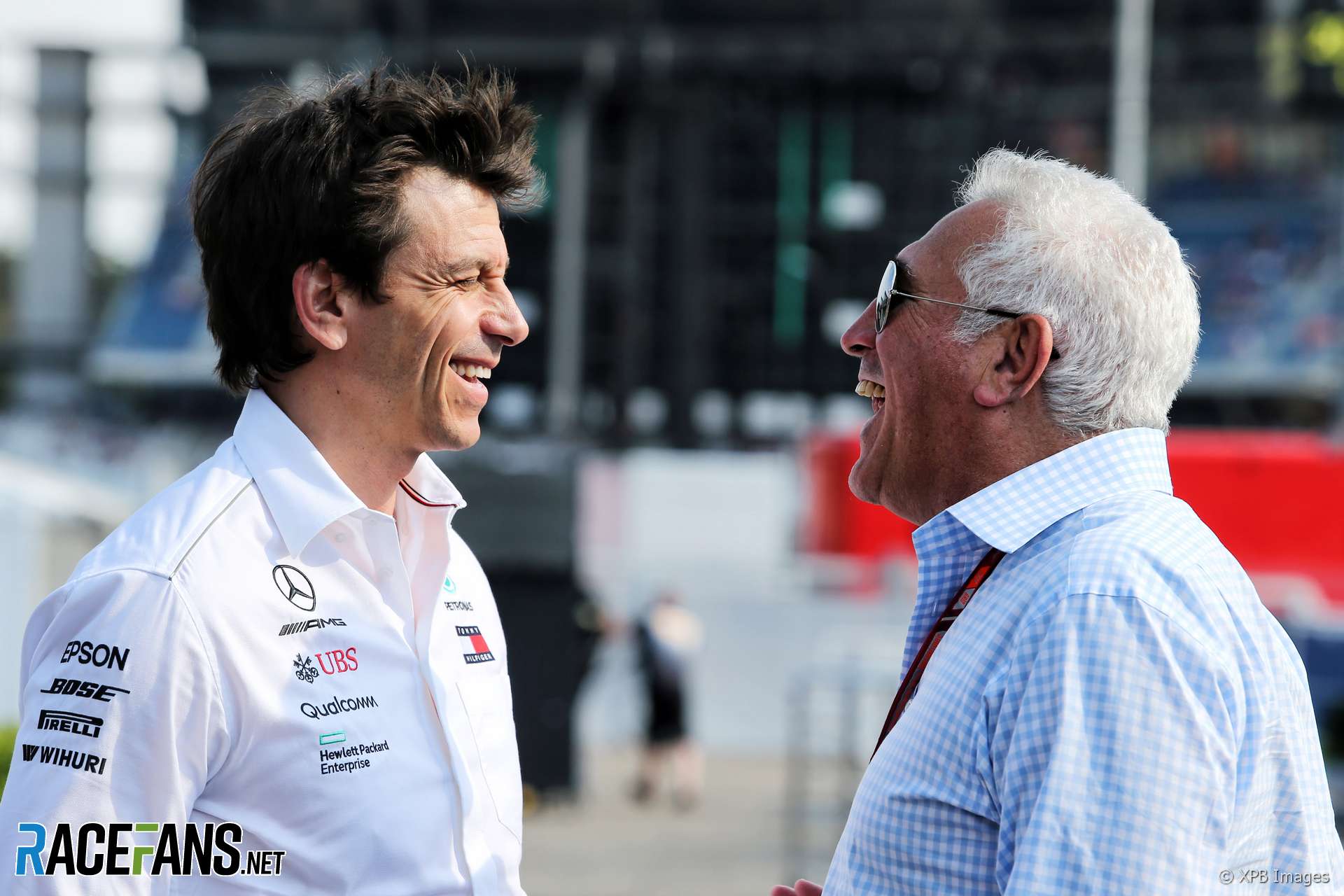 However Ecclestone emphasised that he doubts the idea has any chance of succeeding.

Former Ferrari president Luca di Montezemolo was also present, however no current Ferrari staff nor any representatives of the other seven teams, including Red Bull, attended.

Today representatives of F1’s 10 teams will attend a meeting in London with the FIA and commercial rights holder Liberty Media. The latter will present their plans to overhaul the sport after the 2020 F1 season. The new regulations have to be in place by the end of June.

The threat of a rival, breakaway series could give the teams leverage in their negotiations with Liberty Media. However Ecclestone, who saw off several such threats during his time in charge of the sport, told RaceFans “I don’t think it would ever happen”.

A Racing Point spokesperson said: “There was a meeting of old friends for dinner in Gstaad. These suggestions of a breakaway series are nonsense.”