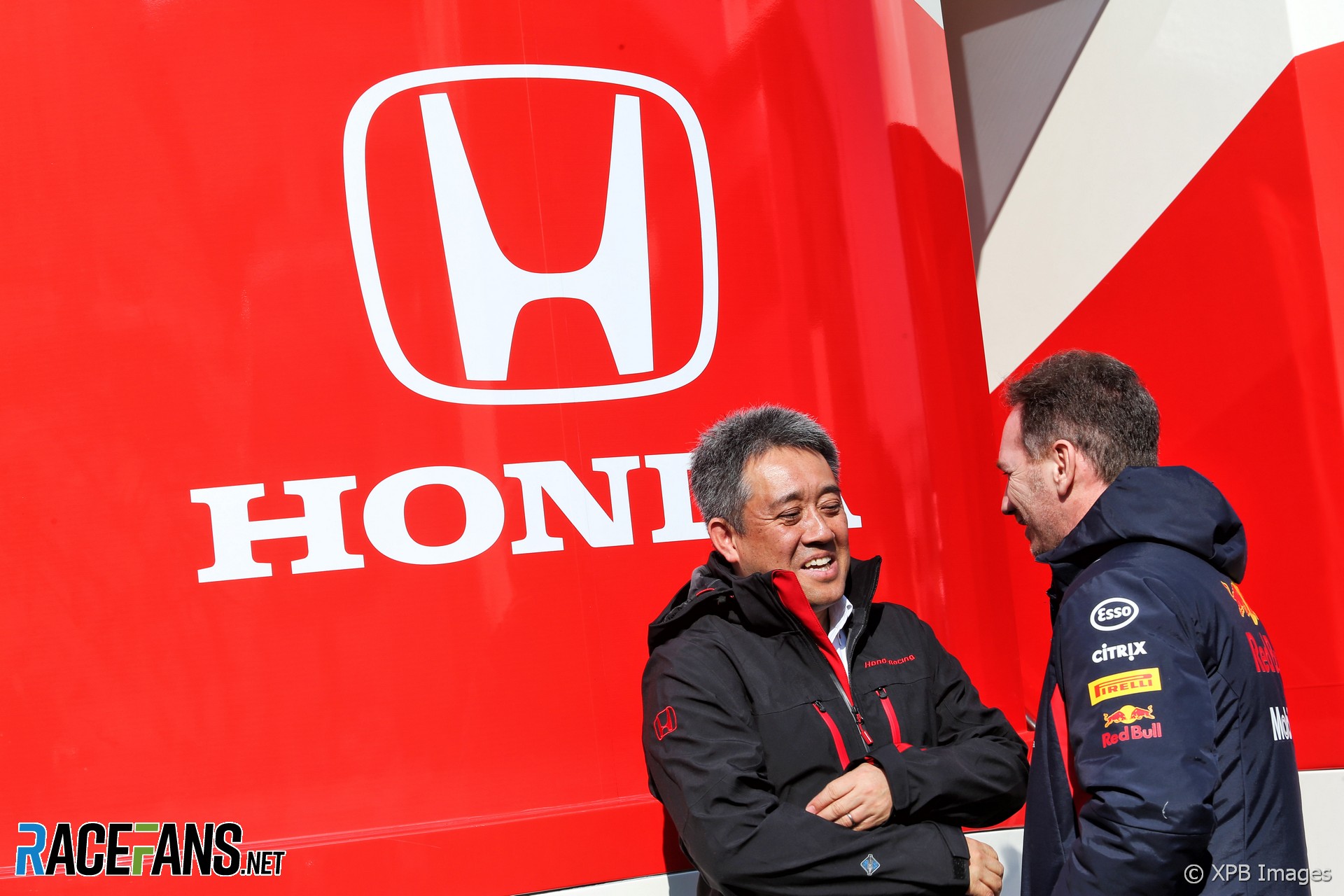 In the round-up: Mercedes team principal Toto Wolff says he’s pleased by Honda’s progress in their fifth season since returning to Formula 1.

Wolff was asked for his impression of Honda’s performance in their first race with Red Bull, where Max Verstappen finished third after overtaking Sebastian Vettel.

Very strong. You saw how they’ve eaten up Sebastian into turn three. Power was enormous.

And seeing them come back strong makes me happy because it’s a good group of people and they’re really decent men and the combination with Red Bull certainly will become a threat. The level of performance, we must certainly have them in calculation for the championship.

Tomorrow Liberty Media will present its latest plans for 2021 to @F1 teams. Will they do away with the controversial prize money bonuses which hand the biggest teams tens of millions more than their rivals every year?https://t.co/AjAWS7Qzpl#F1 pic.twitter.com/zSDdAFNLqt

Finally thank you to all the fans and fellow drivers for all the compliments! It means a lot, still trying to sort through them all!!!!!

How can you say that I moved under braking when you can’t even spell my name right?

We are aware of last year problems, and we are working to do better this year. Thanks again for your messages!

35 years ago today, @oficialayrtonsenna made his @F1 debut in the #BrazilianGP at Jacarepagua. Driving a year-old Toleman, he out-qualified team mate Johnny Cecotto by 1.7 seconds, but retired nine laps into the race when his turbo failed. Sadly the Braziian circuit where Brazil's greatest #F1 driver started his grand prix career was destroyed a few years ago to make way for the Olympics. #F1

"We'll never be in a situation on the cost cap, for example, where we will issue definitive regulations at a particular date and that's the end of it. The topic is too complex."

"We hope to make it come true, maybe by around the summer. Hopefully, we wish to. We have now a chance to show our philosophy towards winning."

Should F1 ignore teams’ championship results when it comes to sharing its income?

Why don’t they just split it evenly? Especially since the word sport has seemed to disappear from the vocabulary of anybody that runs F1.

If it is a show, pay all the entertainers the same.
Darryn Smith (@Darryn)