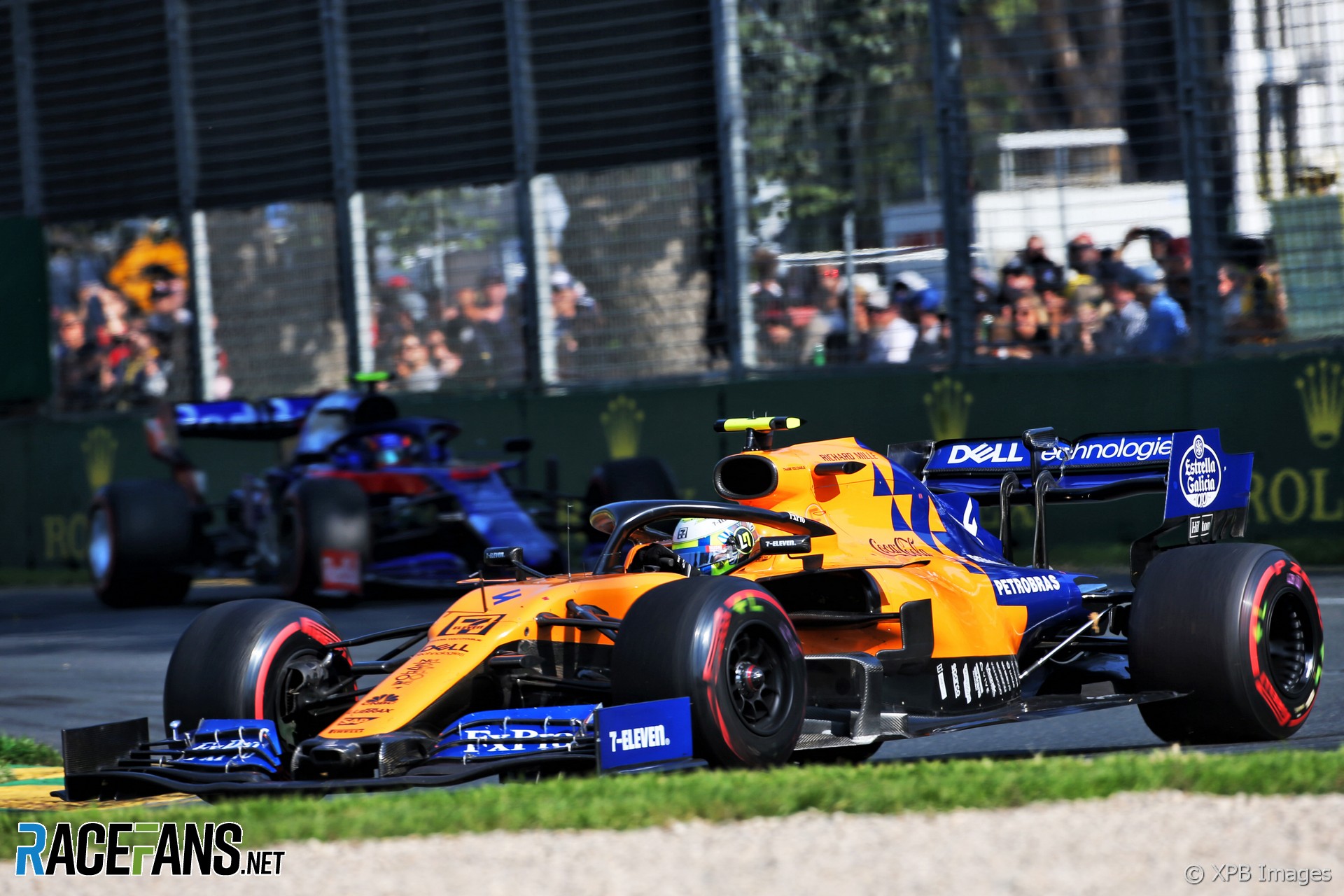 McLaren is aligned with Renault’s view on the future direction of the sport. That is, I think we need a level playing field, not just for McLaren, but for the entire grid.

I think a realistic budget cap, one that a lot of teams can get to through prize money, FOM money and sponsorship.

Formula 1’s DNA has always been being a constructor. So I think equipment should either be listed parts – and that’s what makes you a constructor – or standard parts if we want to help teams that maybe don’t have capabilities to make listed parts. But what I don’t think you should have are some teams supplying other teams but not all teams. I think that would make for a truer Formula 1, truer constructors. better for everyone.

The governance of the sport needs to be addressed because a lot of the rules and regulation you try to get through get aggravated by teams aligning.

So I think the teams need to have a say and a vote but not to such an extent that we can stop things from happening and I think that’s ultimately what the fans want. And I think like great sports it should be different winners more frequently, different champions and I think then we all win.

😂😂😂😂😂😂! It had to be a reason not to follow this account until now. Today you remind me again!! President never said that. Specially after scoring 80% of the points for our team. We race hard, together, with all our heart and we fought until last race for championships ✊️

Lewis Hamilton prefers the sounds of @F1's V12s. By the time he arrived in #F1 not only were V12s a thing of the past but the V10s had been replaced by V8s too. pic.twitter.com/jJKScLm5H8

Dressed to the nines (Haas)

Romain Grosjean: "I think we’re a bit further away from Red Bull than we were hoping. I’m afraid the gap could open during the year because of the resources they have."

"I expect the whole weekend will feel a little bit easier for me, partly because I know the track and partly because I have Australia under my belt, so even though I’m not going to say I’ll feel like a veteran F1 driver there, it should be a more straightforward weekend in terms of knowing what to expect."

"I don’t know who to blame, because Frijns also moved under braking and then Buemi crashed into him because he moved too much also."

Can incremental change fix F1’s problems – or do we need a revolution?

To me, the current agreements in F1 between the commercial rights holders, tracks, teams, sponsors, etc are not sustainable. Unfortunately they also seem to be intractable.

I’m skeptical changes in administration or racing can help because the market isn’t there. Maybe revenue could grow some, but it won’t offset the profit taking or racing costs.

I don’t see anyway to make the serious changes except for a catastrophic event like bankruptcy or a switch to another series.
RP (@Slotopen)