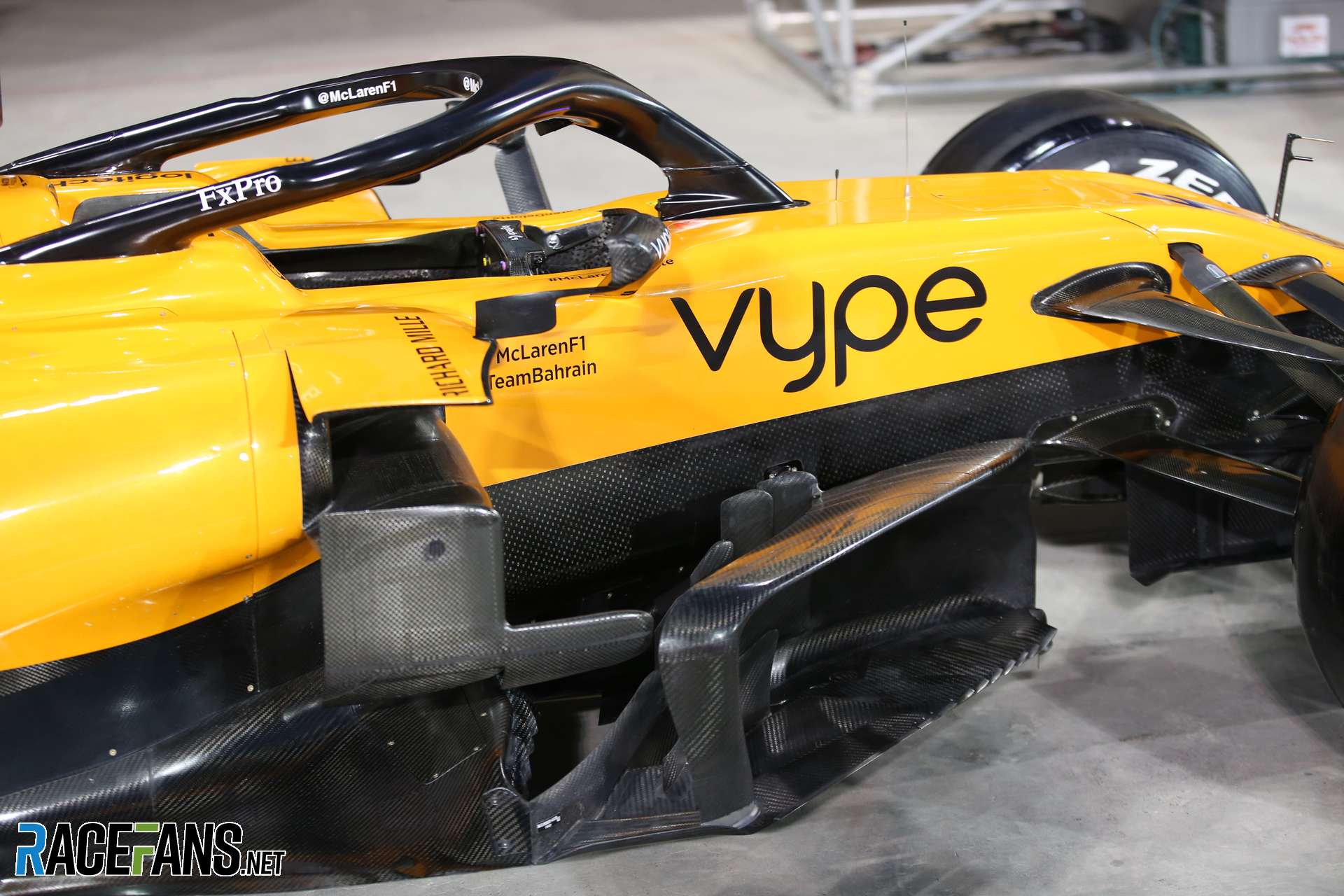 McLaren is running the branding of British American Tobacco’s e-cigarette product Vype for the first time at the Bahrain Grand Prix.

It is the first time a Formula 1 team has promoted an e-cigarette product by name. It comes after McLaren and Ferrari removed their tobacco brand sponsors’ promotions at the Australian Grand Prix after concerns were raised over whether they complied with restrictions on tobacco advertising.

E-cigarette products can contain tobacco but heat it rather than burn it. BAT claims they have the “potential” to reduce the risks associated with conventional cigarettes

At the time BAT’s chief marketing officer Kingsley Wheaton said the McLaren deal “gives us a truly global platform with which to drive greater resonance of our potentially reduced risk products, including our Vype, Vuse and Glo brands.

“Ultimately, innovation and technology will support us in creating a better tomorrow for our consumers worldwide.”

McLaren replaced its ‘A Better Tomorrow’ slogans with a promotion for convenience shop 7 Eleven in Australia. Ferrari also removed the branding of ‘Mission Winnow, an equivalent promotion from its long-term sponsor Philip Morris International.

RaceFans understands the contractual relationship between BAT and McLaren is such that BAT has the option of nominating different liveries. They have taken the view that in countries where the product advertising is legal they will display it on the car providing it is a ‘potentially reduced risk product’ or a new generation product.