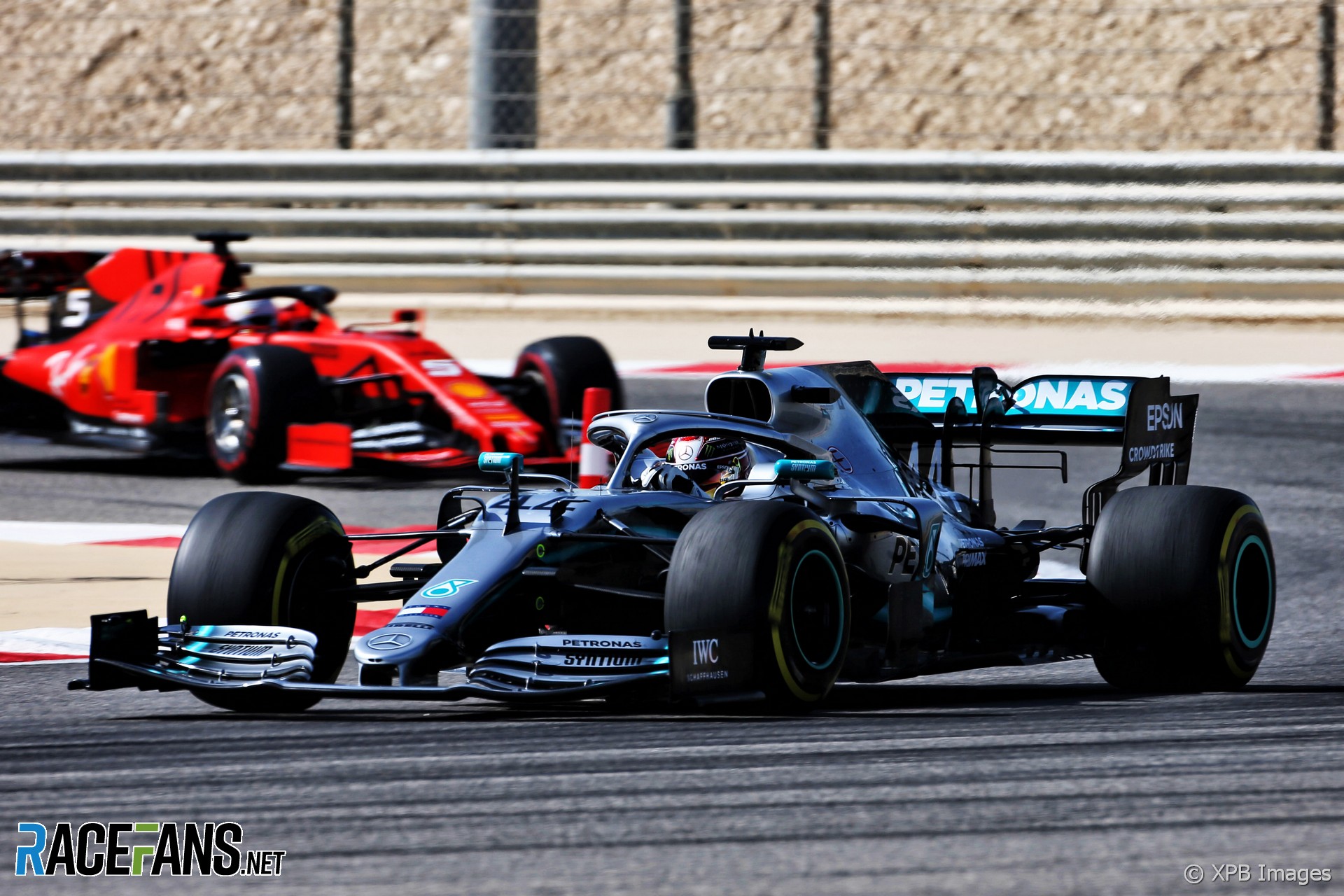 The standard race strategy for most drivers in Australia involved making a single pit stop. This was widely expected, and is likely to be the case for much of the rest of the year.

However the teams still meticulously cover every aspect of their race strategy and begin planning it long before they even arrive at the track, as Lewis Hamilton explained yesterday.

“There’s a strategy team and they work pre-event analysing from testing to the last race, moving into this weekend. They look at past years, races here, they look at the tyres we have here and what implications that will have into the races we have this weekend. They do a summary of that and they present that to us. For example I spoke to them about it already last week then again it’s a slightly different picture when I come here and talk about it again.

“Then as we go through practice over the weekend again a lot of analysis is done and each day you get a different perspective on what’s to be expected. But generally it’s quite similar. Depending on how good our long runs are compared to other people’s, how good our performances are, that shifts it a little bit.

“But it’s also to do with strategy in the sense of fuel, tyre usage, how many stops you do, where you save your tyres or you don’t, how close a one-stop is to a two-stop. So you get as much information as you can and again on Sunday morning you’re told the options and you take in what you feel you need so when you get into the race you know exactly what to expect.”

While Ferrari had a clear one-lap pace advantage over Mercedes on Friday, both teams doubt it is representative and expect they will be closer tomorrow. And in terms of race pace, there’s much less to choose between the red and the silver cars. However Ferrari have made it clear they believe they have solved some of the problems which plagued their SF90 in Melbourne.

Red Bull struggled to perform as well on the soft tyres as they did on the mediums. That won’t help them in qualifying, though as it stands on pure pace they look likely to occupy the ‘no mans land’ between Mercedes/Ferrari and the rest. However Pierre Gasly will need a better run than in he managed in qualifying last weekend or on his “messy” (his word) second practice effort today.

Renault and McLaren were high up on the time sheets on Friday, but past experience indicates they will find it harder to make the cut for Q3 on Saturday, as the drivers indicated they expect. Renault have generally not been able to unlock as much performance from their power unit for a flying lap on Saturday.

Verstappen, now with Honda power, admitted that in qualifying they “have this switch which we can use so every little bit helps”. Last year they were only 0.44 seconds off pole position at what is a fairly power-sensitive track, so if they’re in that area at this early stage it will be another sign their change of engine supplier has been a positive move.

Williams look unlikely to get off the back row in qualifying. Sergio Perez is concerned Racing Point will struggle to progress beyond Q1 with anything less than a perfect lap. Alfa Romeo’s trouble could play into their hands – they missed a significant amount of the most representative session due to water leaks on their cars.