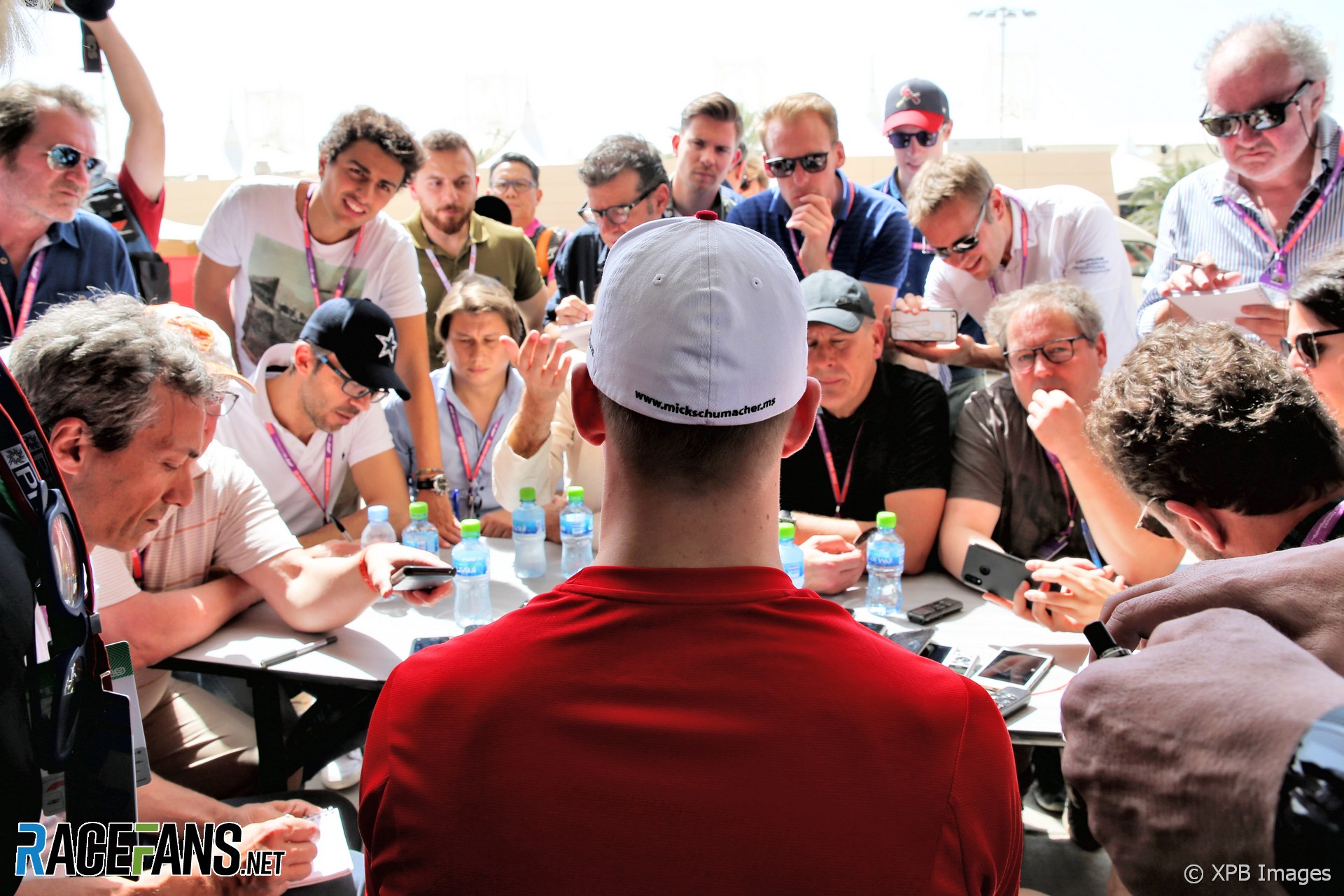 For once the biggest media scrum wasn’t around a Formula 1 driver but an F2 racer.

@DieterRencken brings the latest from the Bahrain Grand Prix paddock, including his first encounter with Mick Schumacher.

Leave home for Dusseldorf. My usual point of departure for flyaway grands prix is Brussels Airport, but, for reasons best explained by Emirates, at time of booking in January a BRU-BAH return was €1,200, whereas DUS-BAH was half that. To save 600 bucks I willingly travel 340km return. Another upside is that I enjoy cruising once across the border at 220kph.

I have a round-table interview with Mick Schumacher to make at 1:30pm, but I’m stuck on the ground in Dubai due to an unexplained delay with the flight. We eventually arrive over two hours late, which means a rushed check-in at the hotel and a dash to the circuit. 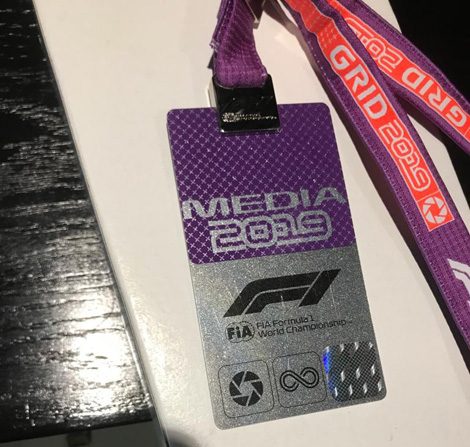 Being my first 2019 race, I collect my season pass en route. All my permanent passes dating back to 2000 are red, but the 2019 example is purple. I wonder what the logic is behind this, whether it’s a change for change’s sake by Liberty, or a way of marking out the media pack…

I’m amused by a line on the pass that reads: ‘No access to starting grid’, yet the lanyard says ‘Grid’ in orange.

I arrive at the circuit and rush off to Mick’s gig for my first face-to-face encounter with the son of the seven-time champion. It’s a huge week for him: On Tuesday he will make his F1 test debut in a Ferrari, he’ll drive Alfa Romeo’s car the day after, and before all that he has his first race weekend in an F2 car to get through.

Like any son of a past driver – let alone a septuple world champion – Mick Schumacher will face the same questions about whether his talent or his connections have played a greater role in furthering his career. Regardless of pedigree, he deserves whatever opportunities come his way. After all, he is the reigning FIA Formula Three champion.

His driving skills will be on display over the coming days but I’m intrigued to see how he presents himself. He passes with flying colours: I listened in on the German session held before our round table, and he answered all questions with an flustered air of logic. They failed to pierce his armour.

The same happens when the English-speaking press has their turn. I watched intently at every mention of his father. Not a waver, not a flicker, just quiet, confident answers. “Given the statistics and demanding week you face, do you believe you’re ready?” I ask.

“What makes you say so?”

After the session I solicited observations from some old hands. The felt the same: cool, confident, composed. Now let’s see whether he’s quick.

Lunch in the Media Restaurant – a perk provided by Middle Eastern venues. I settle for Thai prawn fry-up, followed by fruit salad. Tasty – but slightly spoilt by chatting with a Belgian snapper, who bagged an Emirates flight from Brussels at under €500. He’d monitored the yo-yoing prices for a while, and about a month ago spotted a special offer – no wonder, he says: there were just a 100 onboard, each with a row to themselves. 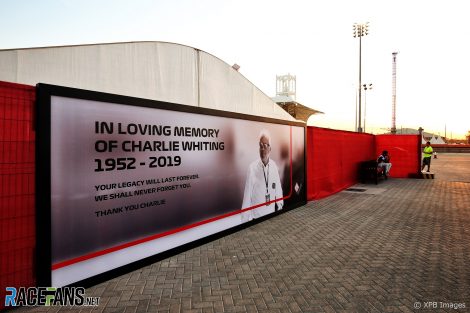 I hit the team interview trail. Following the sad events of Melbourne, I’m intrigued to learn how drivers viewed the first grand prix in 20 years under a race director other than the sorely missed Charlie Whiting. Kevin Magnussen and Max Verstappen felt Michael Masi and the FIA handled the situation very well given the circumstances, but that sticky issues that would inevitably raise their head in future would provide the acid test.

Head for hotel, using the time during my shuttle trip to obtain background to the new Vype logos on both McLarens this weekend – the first overt appearance of tobacco-linked branding in F1 in over 10 years. You can read more about the change here, but I feel this will run and run. Which team will be next, I wonder?

Head by Uber for The Foundry, a local steakhouse, for the circuit’s annual Media Party. The medium-rare sirloin steak is simply delicious (I would say that given the venue is South African-run) but I leave soon afterwards as I hadn’t slept a wink since waking up at home in Belgium on Wednesday morning. In the interim I’ve been in The Netherlands, Germany, Dubai and now Bahrain.