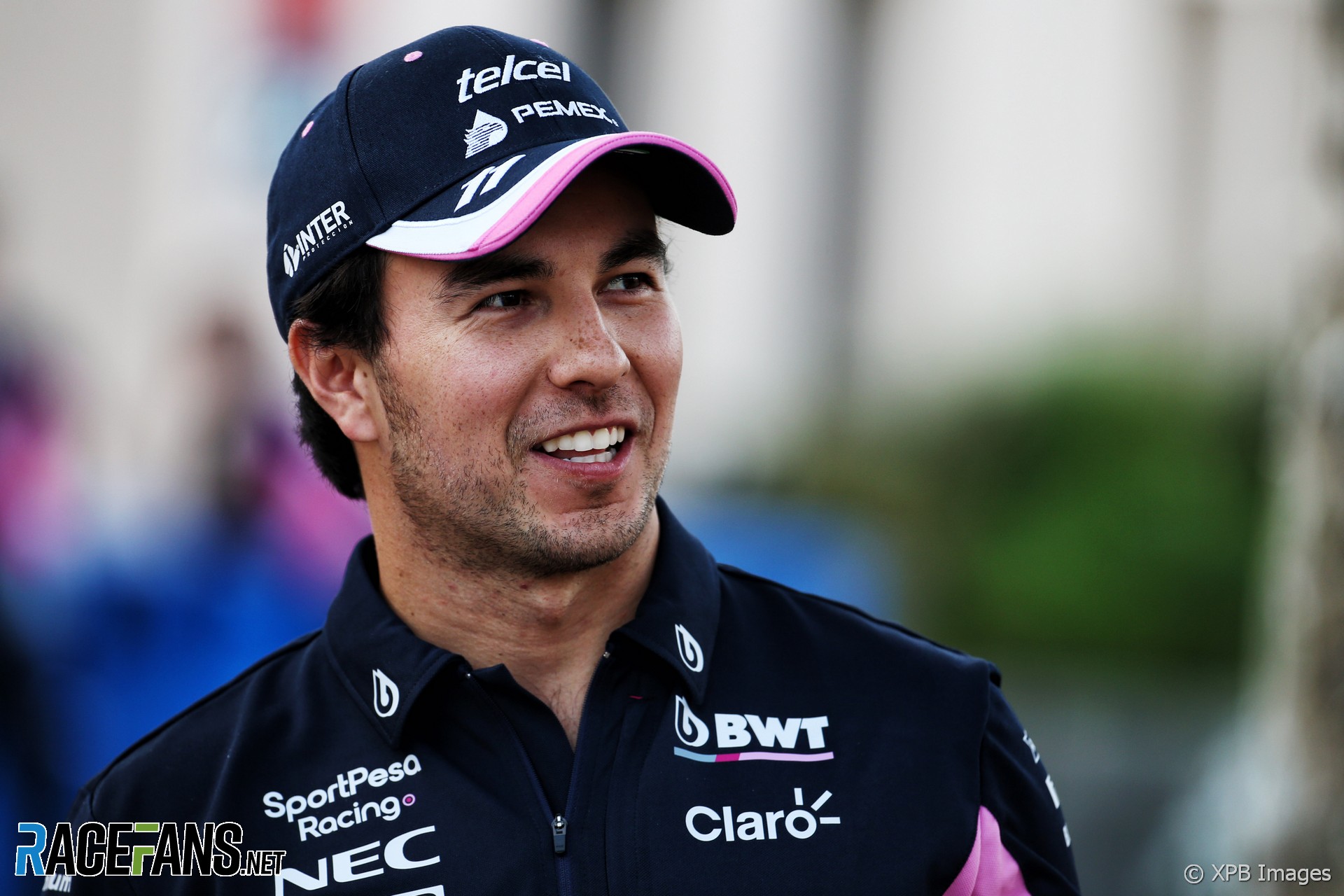 In the round-up: Sergio Perez says his new team mate Lance Stroll is closer to his race pace than either of his previous two team mates.

Perez says Stroll “has speed, he has talent [and] works hard”, and compared him to his two previous team mates Esteban Ocon and Nico Hulkenberg:

In a way Esteban and Nico were quite similar approach. And they always seemed to struggle a lot with race pace.

But with Lance his race pace is I think from all the team mates he is the closest to mine in terms of race pace. In quali he can deliver as well.

He’s already, on Sundays, quite good. Which I was quite surprised because always going for a long run I seemed to find it a bit easy with my previous team mates but that is not the case now.

I think he has a good understanding for Sundays. Which is good, it’s what you need at the end of the day to score points, especially with this tight midfield.

Totaly agree with you @GaryPaffett .In this championship there isn’t enough respect between the drivers !! And @fia needs to give the right punishment . Otherwise drivers will never learn… @FIAFormulaE https://t.co/AgQEp9Dg9b

Sebastian Vettel was asked if his moustache is a tribute to @nigelmansell:

"Maybe! I like Nigel. He's a great person and he was a lion in the car so maybe it is. I like it, I like Nige."#F1 #BahrainGP pic.twitter.com/x99ObZLJnJ

"In terms of the chassis, we still had deficits. Certainly to a degree because of the fact that we never drove with the full package in Barcelona because Gasly destroyed essential parts that we only had one of."

"All those making negative comments about segregation are probably going to be the first to tune in. There are a lot of people who are sceptical about W Series, who maybe think that it isn’t needed, but it’s an amazing platform for women in motorsport."

"Amnesty International’s Middle East director of campaigns, Samah Hadid, was caustic with his statement. 'Beneath the glamour of F1, there is a far more sinister side to Bahrain, revealing the country as a deeply repressive state where anyone critical of the government can be jailed merely for posting a tweet,' she said."

I suspect a lot of people share @Bernasaurus’s sentiment towards Williams at the moment:

I sincerely hope they survive this.
@Bernasaurus

46 comments on “Perez: Stroll a tougher team mate than Ocon on race pace”