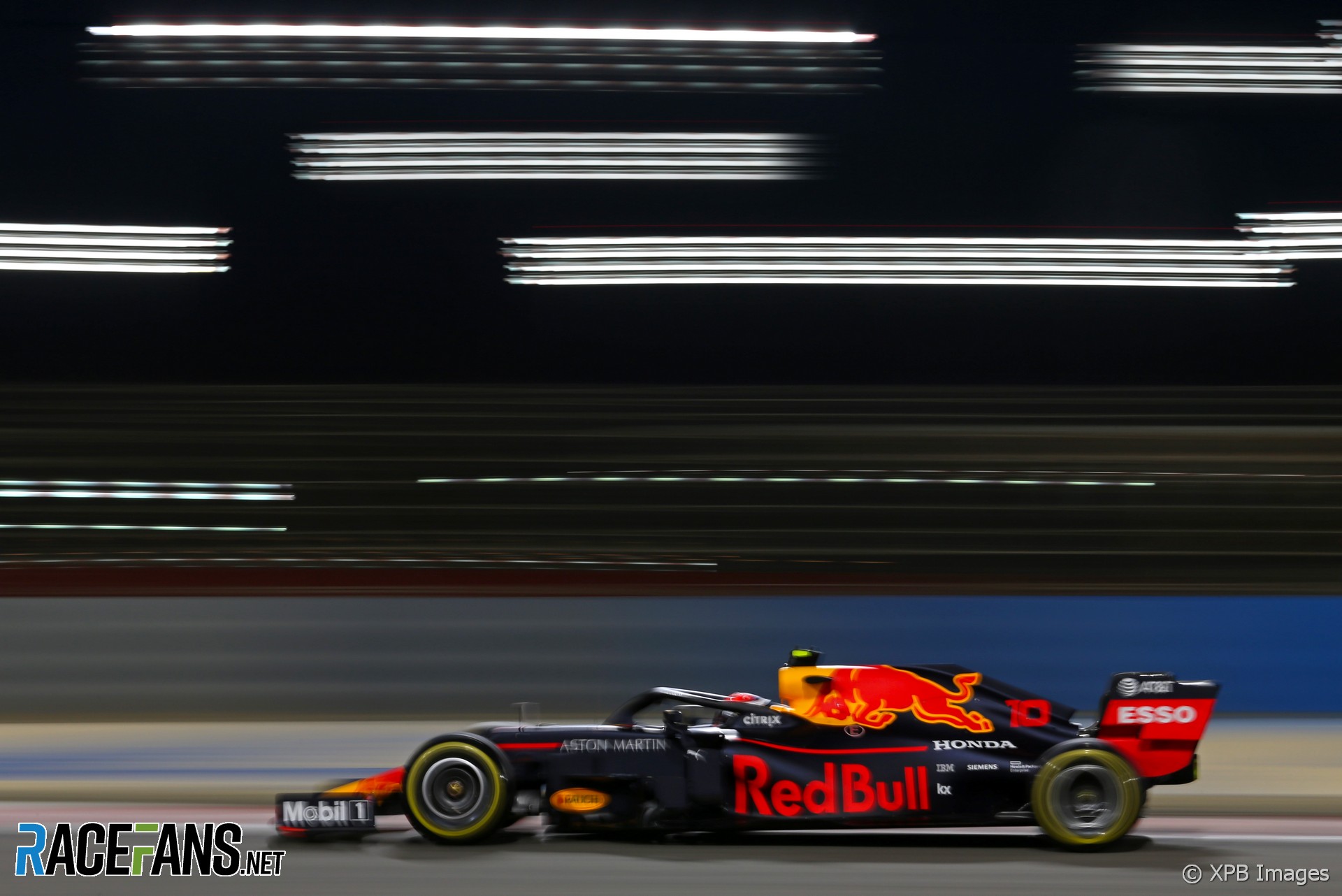 Pierre Gasly says he is not as comfortable with his Red Bull’s “unpredictable” handling as his team mate is after failing to reach Q3 again in Bahrain.

Gasly has been off Verstappen’s pace throughout the weekend and said he has particularly struggled with his car’s rear-end balance compared to Max Verstappen.

“Especially with the rear at the moment I struggle to know how [far] I can go because most of the time it just snaps in a really unpredictable way,” he said. “I think Max was a bit more comfortable than me at the moment with the car. For sure we’ll need to work with the engineers and look at what we can do to make it a bit more suitable for me.”

“Since the beginning of the weekend we kind of struggled especially on my car with the rear,” Gasly explained. “We’ve tried many, many things but just didn’t really improve.”

Gasly narrowly missed the cut for Q3 and will start 13th, eight places behind his team mate. “It’s wheel-spinning a lot and quite unpredictable,” he said. “I didn’t really put everything together and when it’s so tight like this, I missed out for six-hundredths, it cost quite a lot.”

In 2018 Gasly scored his best result of the season for Toro Rosso in Bahrain. He said he “really felt like I could do what I wanted with the car in Bahrain” last year.

“At the moment it just feels like I can’t really drive how I want,” he said in response to a question from RaceFans.

“Sometimes I turn, nothing happens, next moment I will turn, I will lose the rear. It’s just really unpredictable at the moment.

“We tried something in qualifying which didn’t really improve it. Probably I need a bit more time and look with the engineers what we can do to make it a bit more consistent to drive so at least I can predict what’s going to happen. At the moment it’s this unpredictability which makes it a bit difficult for me.”