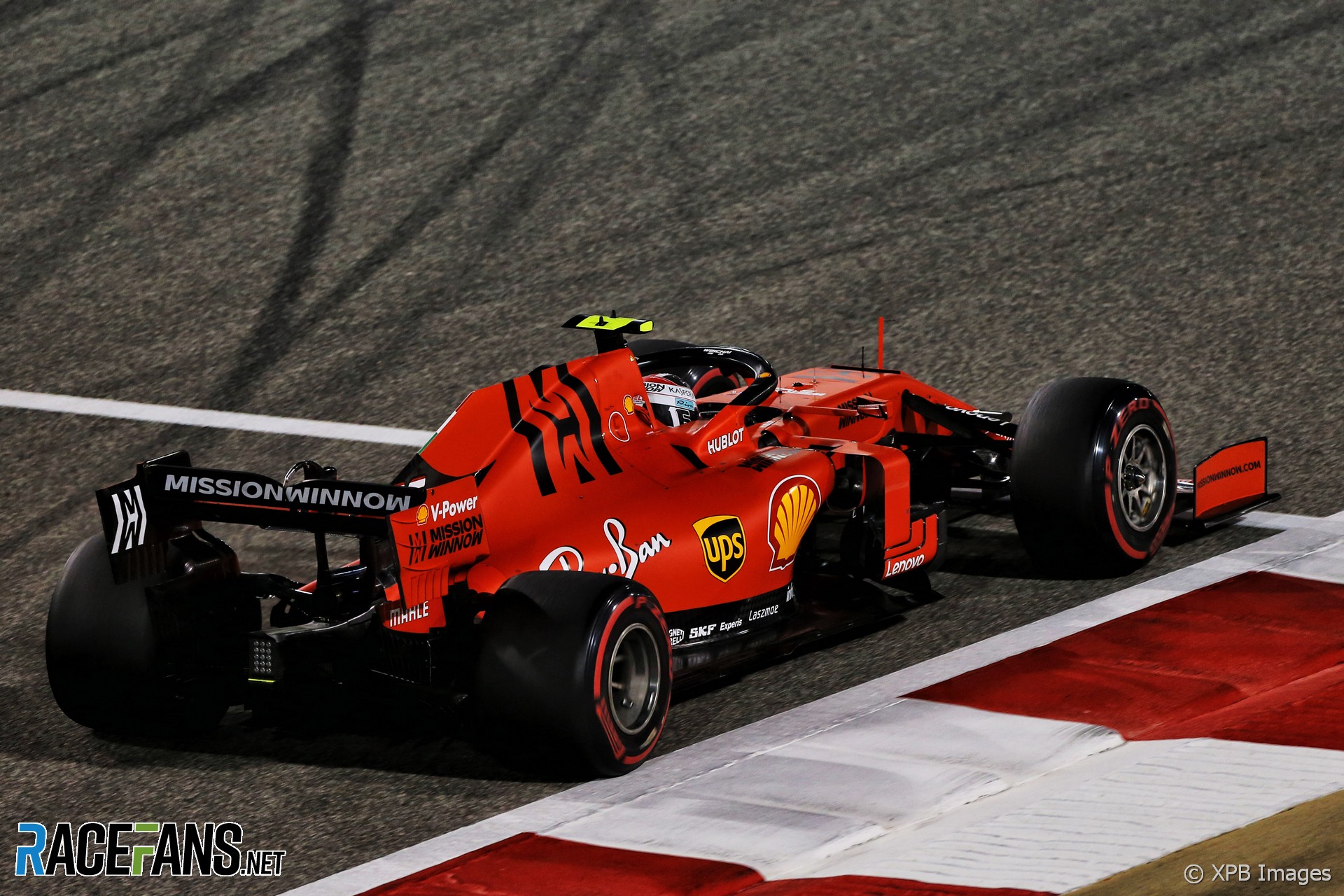 Ferrari is investigating the cause of the power unit problem which cost Charles Leclerc victory in the Bahrain Grand Prix and has already ruled out two possible causes.

“It was not a mechanical problem with the engine otherwise we would not have finished the race,” team principal Mattia Binotto told RaceFans and other media after the race.

He also rejected claims a problem with Leclerc’s MGU-H was responsible for him losing performance in the final 12 laps of the race. “I don’t know where the rumours come from but there was nothing wrong with the MGU-H,” he said.

Binotto confirmed Leclerc suffered “miscombustion on one cylinder” during the final laps of the race.

“When something like that happens you try to move on the recovery in terms of any combustion control mapping that you may do,” he explained. “At least, you try to change mappings, you try to change settings, just make sure [if] on-track it is any better. That was not the case today so we had to manage the race.”

Despite losing up to six seconds per laps Leclerc was still able to finish third, partly thanks to the appearance of the Safety Car towards the end of the race.

“That I think has been a brave decision to continue racing in those conditions,” said Binotto. “At the end it was a third place, which was important, so finally probably the right decision.”

Leclerc’s engine will be returned to the team’s factory for inspection but Binotto expects they will use it again at the next round in two weeks’ time.

“The engine was running at the end of the race so it is still able to run,” he said. “We will use it certainly on Friday in China. We’ve got an entire Friday to assess its behaviour, its functionality and its performance.”

Binotto expects the fault will have a straightforward fix and is not related to how the team runs its engine.

“I think what happened, even if we have not a clear understanding now and we are still looking into it, it is a single problem that will be easily addressed. So it’s not related to the way we’re using the engine mapping or whatever. It has to be, let me say, a single component failure. We’ll find out.”