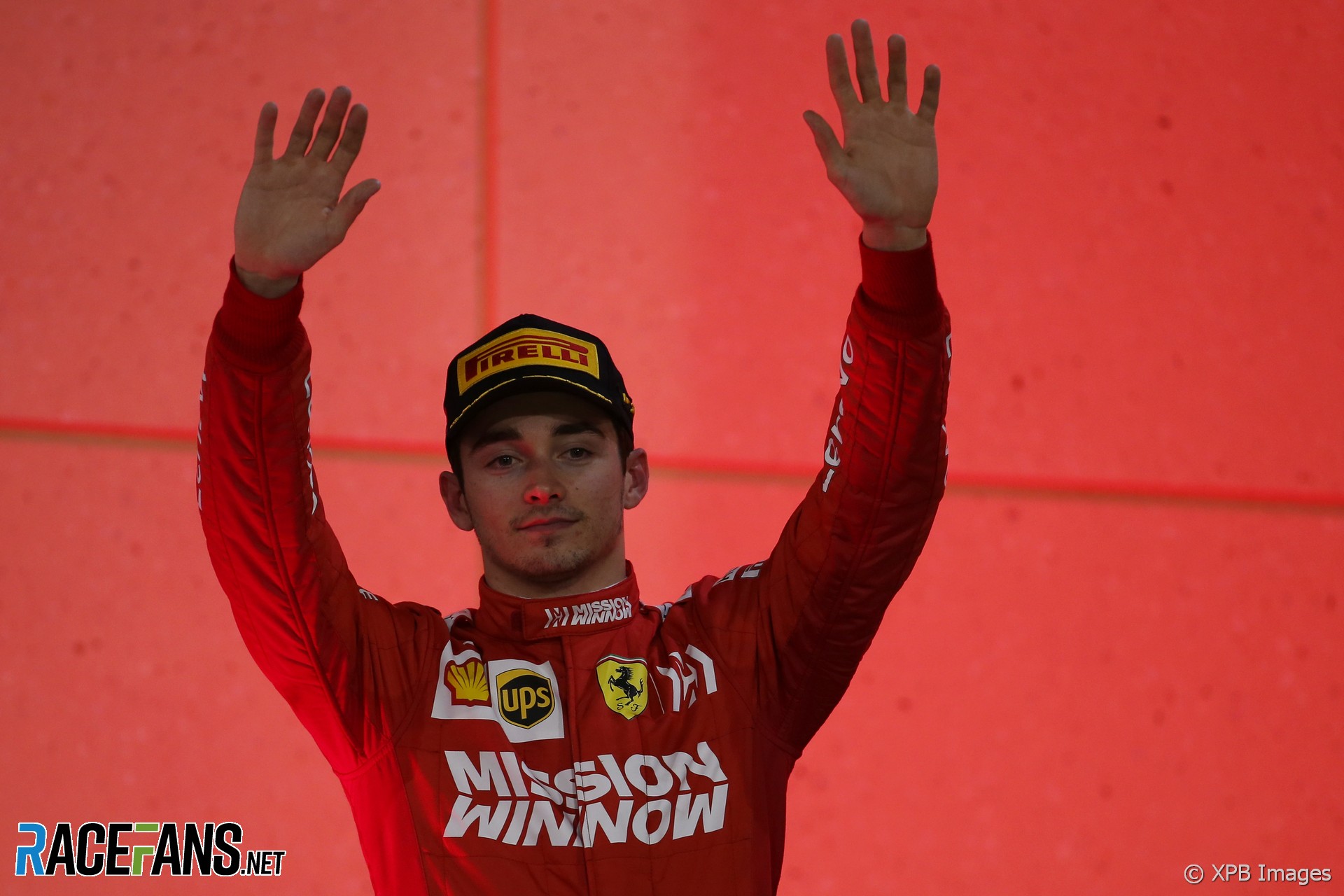 Charles Leclerc says losing what would have been his first Formula 1 race victory was not as cruel as missing out on a home F2 win two years ago.

Yesterday Leclerc came within 10 laps of scoring his first F1 victory when a power unit problem slowed his car and allowed Lewis Hamilton to pass him. However when asked if that had been the cruellest race of his career, Leclerc said: “I will not go to that extreme because I think Formula Two in Monaco was probably the worst I’ve ever had.”

Leclerc took pole position for his home event in 2017 and led much of the race. However a Safety Car period allowed three of his rivals to jump ahead. Leclerc then suffered a suspension upright failure which put him out and consigned him to a 17th-place start for the following day’s race.

The Ferrari driver said he thought his engine was going to fail completely when his problem first developed during yesterday’s race.

“To be honest, how I felt in the car, I really thought everything would blow up a few laps later,” he said. “Happily it has not been the case and we still finished third.

“[It was] just a loss of power, completely, very sudden. It got a tiny bit better after but the problem stayed there. And there were no signs before it to feel that anything was going wrong.”

Despite his disappointment, Leclerc said there were still positives to take away from the weekend.

“It’s still a podium and it’s my first podium in Formula 1 so in a way I feel I should enjoy it. I felt like there was a lot more to take this weekend. It’s not the ideal race we wanted but we shall be happy about our third place despite problems.”

5 comments on “Leclerc: Bahrain GP loss not as cruel as Monaco 2017”