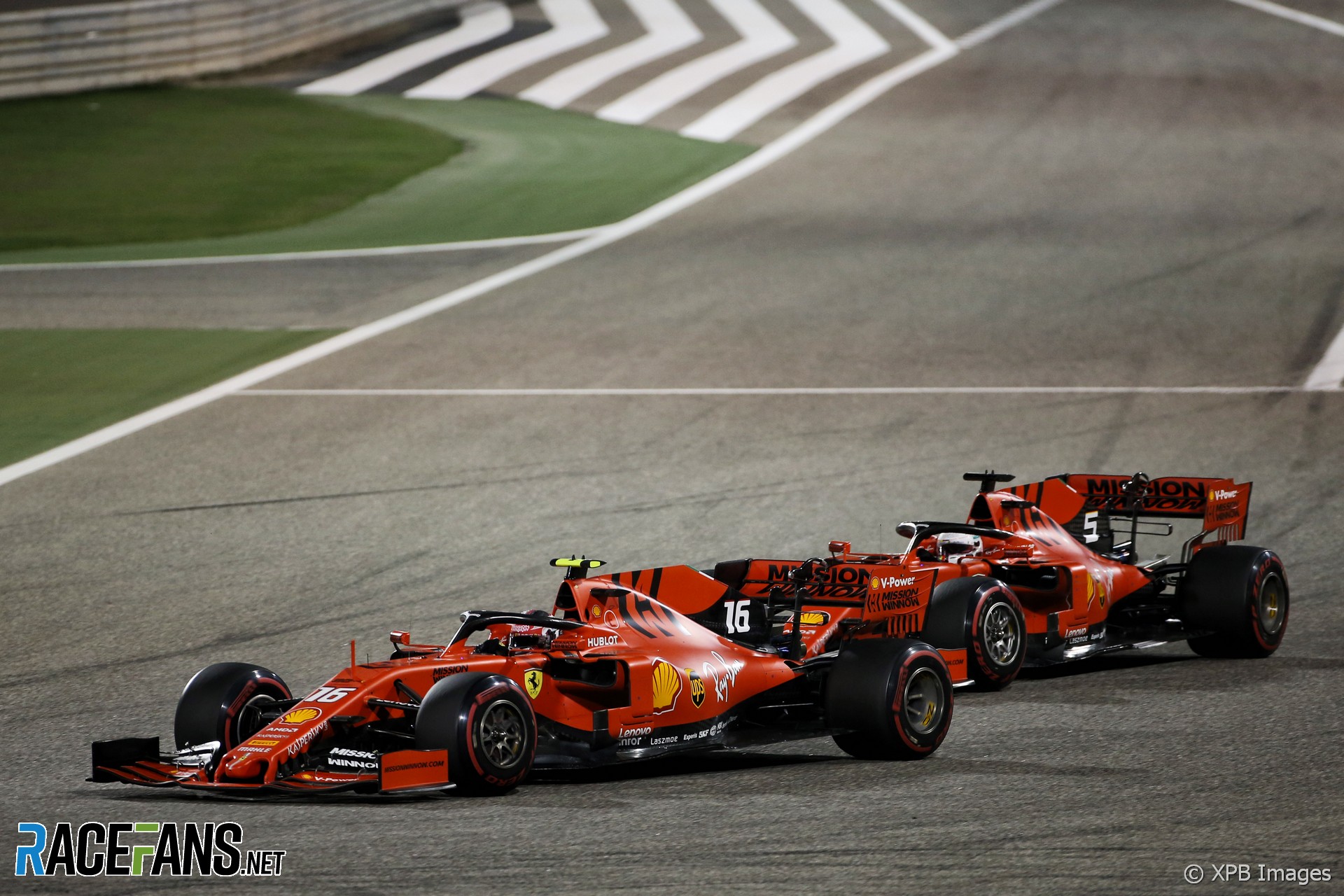 Charles Leclerc ignored an order from Ferrari to stay behind his team mate when he overtook Sebastian Vettel for the lead of the Bahrain Grand Prix.

Leclerc told his race engineer “I’m quicker, guys” as he approached turn four after closing on his team mate at the start of lap five. The radio message was played on the world television feed, but the subsequent reply from his team was not.

Afterwards Leclerc said he was “just letting them know” with his original radio message. “Then I think I had an answer, saying to me ‘OK, stay like this for two laps’ but then on the next straight I had the opportunity to go for it, so I went for it and it was a successful pass.”

Ferrari did not communicate to Vettel that his team mate had been told to temporarily hold position. Leclerc was also told during the Australian Grand Prix to stay behind his team mate at the end of the race, an instruction he complied with.

Leclerc said the team had warned the drivers before the race to take extra care when fighting with each other.

“It’s always a tricky situation when you get to fight your team mate because the risks are very high. As in every team, I think, they warn you before the race: OK, you can try things on different people, but with your team-mate, please be careful. Which is something normal.

“But I had the opportunity on lap five and I didn’t hesitate, I just [went] for it. I was happy it was successful the first time I tried, especially after the bad start. So, yeah, happy with how it ended up.”