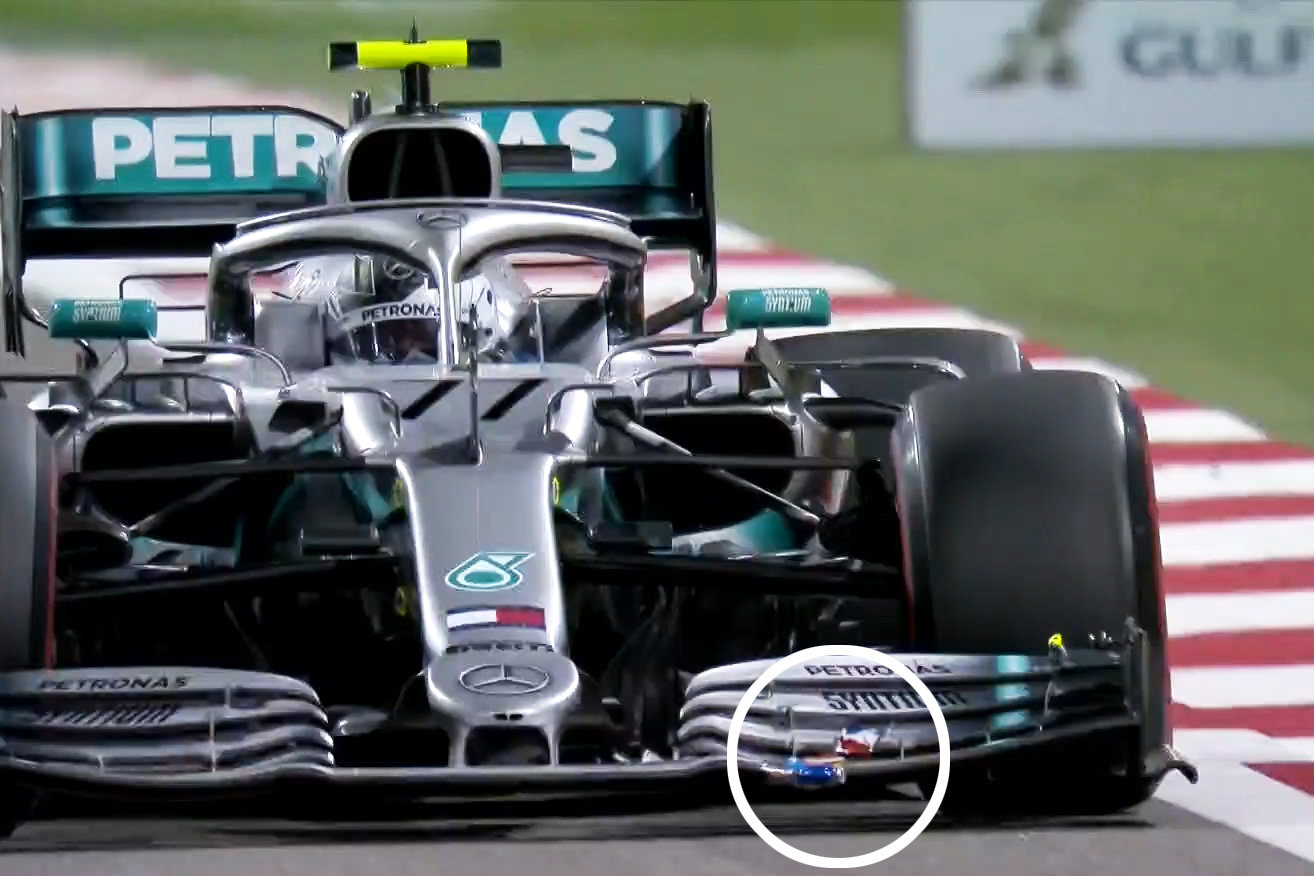 Valtteri Bottas has revealed a plastic bag became stuck in his front wing during the Bahrain Grand Prix and spoiled his car’s handling.

A piece of plastic could be seen in his car’s front wing during the closing stages of the race (above).

“I had a plastic bag stuck on my front wing at some point, which was costing performance,” said Bottas. “So not the perfect race.”

Bottas ran second early in the race but was passed by Charles Leclerc and Lewis Hamilton. “I had a great start to the race,” he said, “I managed to get into P2 but then on lap one into turn one I think the wind caught me up a bit, I braked a bit too late into turn one, trying to keep my position, and I lost two places – so back to fourth place.”

He regained second place at the end when the Ferrari drivers hit trouble. “In the end, luck was on our side and we’ll definitely take it,” said Bottas. “Especially me, after all the bad luck last year.”

The Mercedes driver, who missed out on a likely win in Azerbaijan last year when he ran over a piece of debris and suffered a puncture, sympathised with Charles Leclerc who lost the lead of yesterday’s race due to a power unit problem.

“Obviously hard luck for Charles, he was very strong,” said Bottas. “But it will come for him. I had to wait for more than 80 races for my first win, so I’m sure it’s going to be OK.”