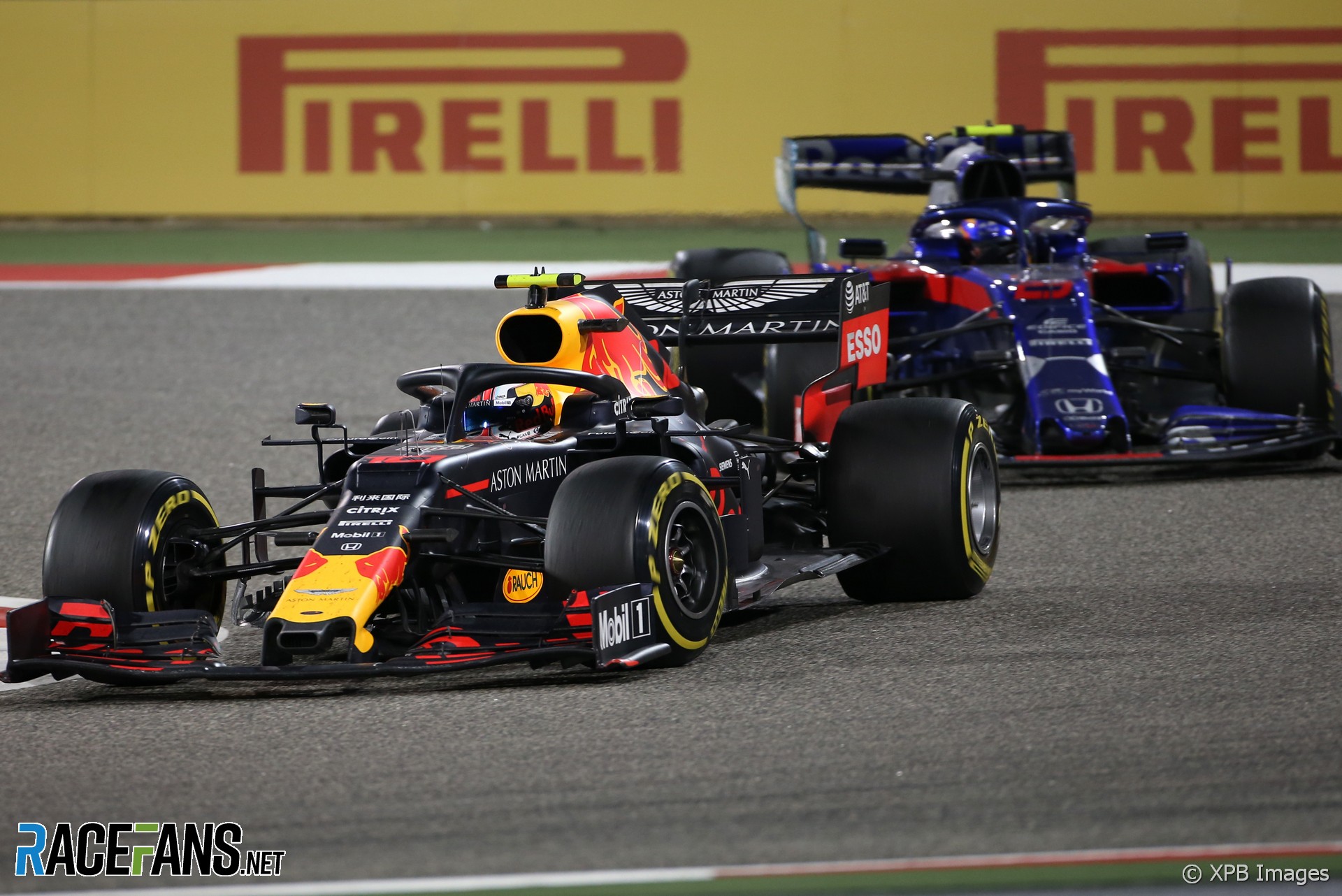 F1 2019, the latest edition of the official Formula 1 game, is now available to pre-order.

The first details of the new game were announced last week. It will be available to buy from June 28th and for the first time will feature new livery customisation options.

After a disappointing qualifying performance Gasly rose five places – the most of any driver to finish eighth in Bahrain:

I think today will have been a good boost of confidence for him. He’s raced competitively, he’s raced hard, he’s had to overtake quite a few cars today and been competitive in the secod half of the race. I think he can take a lot out of this weekend and carry that into future races.

Sometimes, it is just not your day. Today it was not ours but I'm so proud of my team. They gave me an amazing car all week-end long and we'll come back stronger, I'm sure 👊
📸: @motorsportpics1 pic.twitter.com/tlNAq7BHxt

Much laughter in Christian Horner's media briefing at this from the Red Bull team principal:

"Renault blowing up, unfortunately didn't help us see the podium. It's ironic, isn't it? Whether they're in the car or out of the car…" #F1 #BahrainGP pic.twitter.com/Jzyqn19t3J

LEC is incredibly impressive at catching the car as the front downforce drops away.

Leclerc has been virtually faultless all weekend and clearly got more out of the car than Vettel. He's looked every millimetre a race winner. It'll come. For now, it's heartbreaking. #F1 #BahrainGP

Daniil Kvyat: "This weekend has been a bit scrappy, starting from yesterday where we should have qualified better. At the start of the race, I had too much wheel spin which put me on the back foot on the first lap."

"We’ve lacked a bit of rear grip and a bit of straight line speed this weekend and this made qualifying and the race difficult. We’ve got some developments to try at the test here that should help our speed in the corners; it would be nice in China if we can rely on our pace to get the win rather than good fortune."

Pierre Gasly: "I’m still not completely comfortable with the car. As soon as I try to push, I struggle a lot with the rear and the traction."

"We got a bit lucky with both Renaults retiring, but at the same time the Safety Car didn’t help me because I was closing on Albon and I lost the opportunity to overtake him for ninth place."

Romain Grosjean: "I didn’t see anything at the start, I got hit from behind, then the car was too damaged to continue ultimately, but I’d lost so much time with the initial rear puncture heading to the pits."

So much went on in yesterday’s race it was hard to know what to react to first:

Leclerc was even better than in qualifying. Clearly he has to learn how to start from the front, but his chasing down Vettel so soon really astonished me. Obviously you feel sorry for him but I expect he’ll win various times this season.

I also to be honest feel sorry for Vettel, being passed by Leclerc and then pushed into an error by Hamilton, not a good day.

The end was a disappointment, two Renaults out simultaneously? That was weird.
@David-br