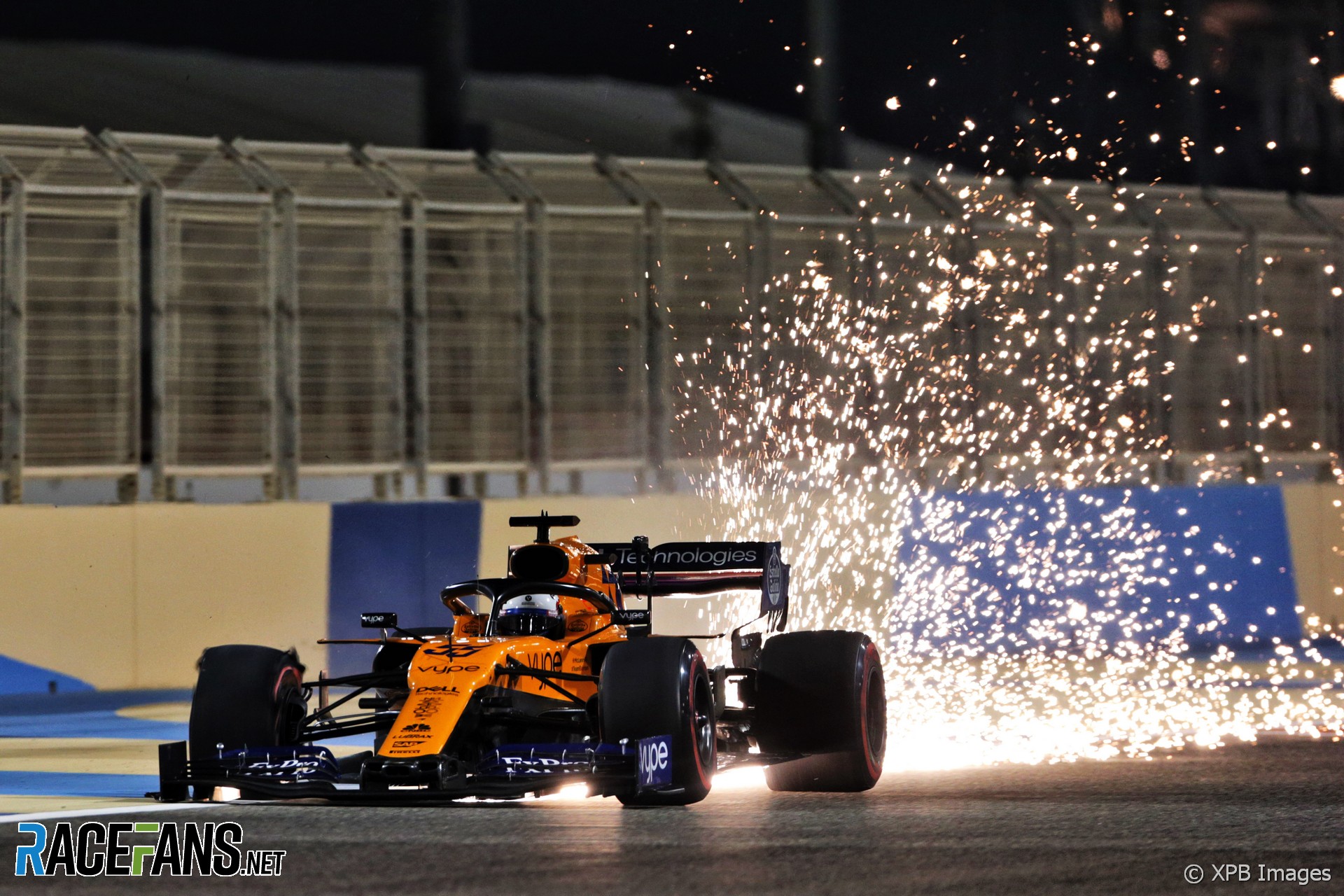 Max Verstappen says he tried not to make contact with Carlos Sainz Jnr when the pair collided at turn four during the Bahrain Grand Prix.

The impact left Sainz with a punctured tyre. The McLaren driver said his rival “hit me really hard” but Verstappen said he tried to avoid the collision.

“He tried to go around the outside and brake late,” said Verstappen, “and then I guess he didn’t see me anymore on the side because with these cars you are just blinded what’s happening next to you.

“So I braked late and I saw he just turned into the corner so then I had to avoid the accident so I went onto the kerb and we still clipped with the wheels. It’s unfortunate but I guess he didn’t expect me to be there still.”

Sainz said he initially thought his car had been “destroyed” by the collision but he was able to continue after repairs.

“I attempted a move on Max Verstappen around the outside and got the worst part of it,” Sainz explained. “He just hit me really hard, it was a big hit, I thought the car was destroyed

“In the end I got a puncture, I could continue but I got definitely the worst part of it.”

The stewards cleared the pair over the collision, ruling “no driver who wholly or predominately to blame”. Sainz backed the stewards’ decision to handle racing incidents more leniently this year.

“Let them race, that’s the rule nowadays,” he said. “So I’m not here to complain about ‘Max should have got a penalty’. He shouldn’t.

“I just know that he went really hard into the corner, he braked really late for being on the inside, he got in the kerb, he hit me very hard.

“I just know that I had to try that move. I think it would have been really bad not to attempt that move around the outside on Max.”

45 comments on “Verstappen says he tried to avoid hitting Sainz”