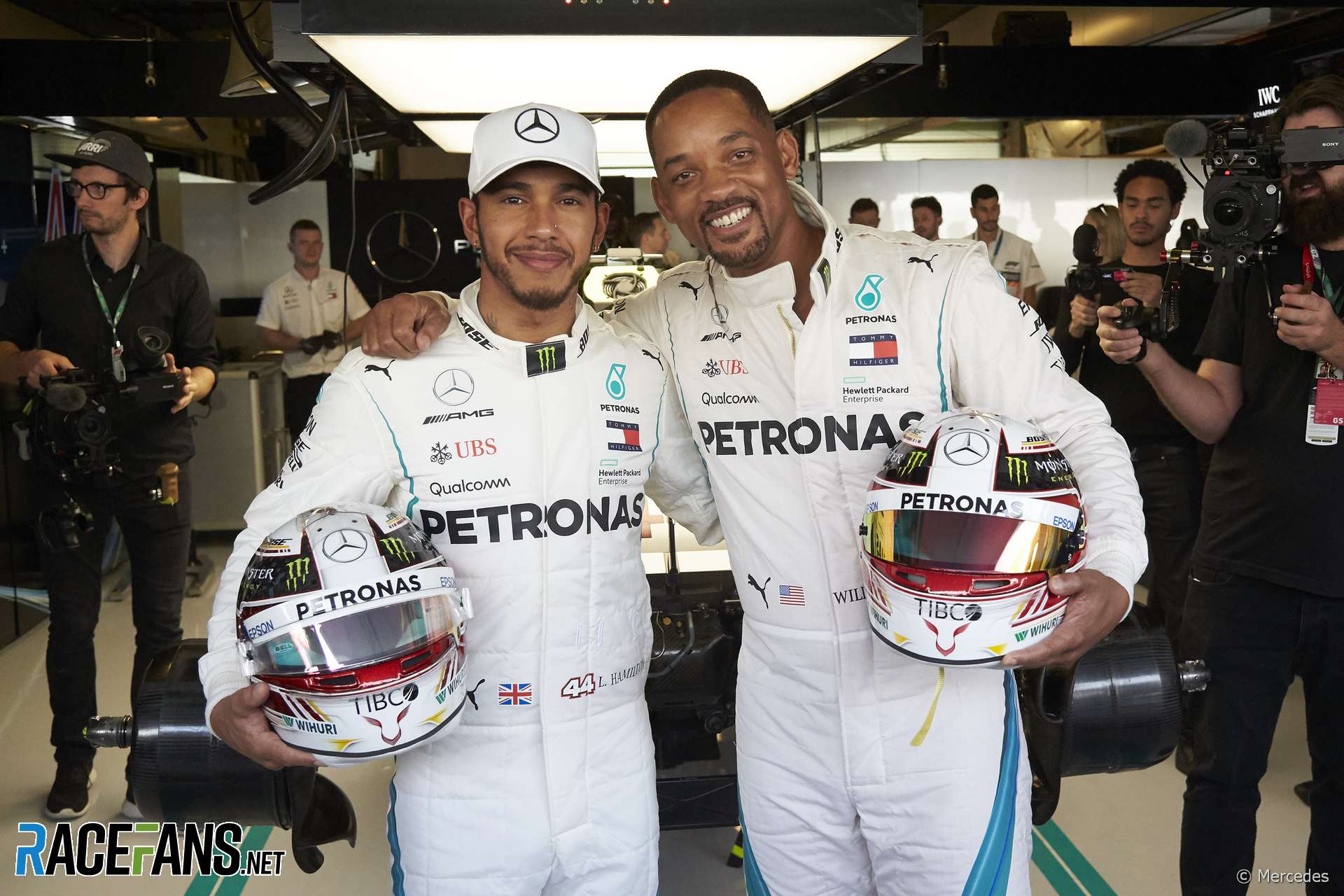 The events will take place at city centres during race weekends in the 2020 F1 season. They will include celebrity guest appearances, “pre-filmed stunts” and live music performances.

Westbrook Studios and Apollo World Touring will collaborate with F1 on the new event. According to Formula 1 Management the aim of the new offering is to deliver greater “fan engagement” and broaden the sport’s appeal.

Last week F1 and Westbrook Studios launched “Will Smith’s The Bucket List”, based on the actor’s appearance at the 2018 Abu Dhabi Grand Prix. Smith, a co-founder of Westbrook, will be the executive producer for the new project.

“I’ve always been a massive fan of the Formula 1 world and fell even more in love with the sport while shooting an episode of ‘Will Smith’s The Bucket List’ with Lewis Hamilton at last year’s Abu Dhabi Grand Prix,” said Smith in a statement.

“F1’s commitment to creating engaging and inspiring content for its fans mirrors our mission at Westbrook Studios. The synergy of our storytelling is undeniable, and I’m excited for fans to join us on this wild ride.”

F1’s managing director for commercial operations Sean Bratches said the collaboration is “an amazing opportunity to attract even more star power to F1 and the Grands Prix around the world, engaging with an even wider audience.”