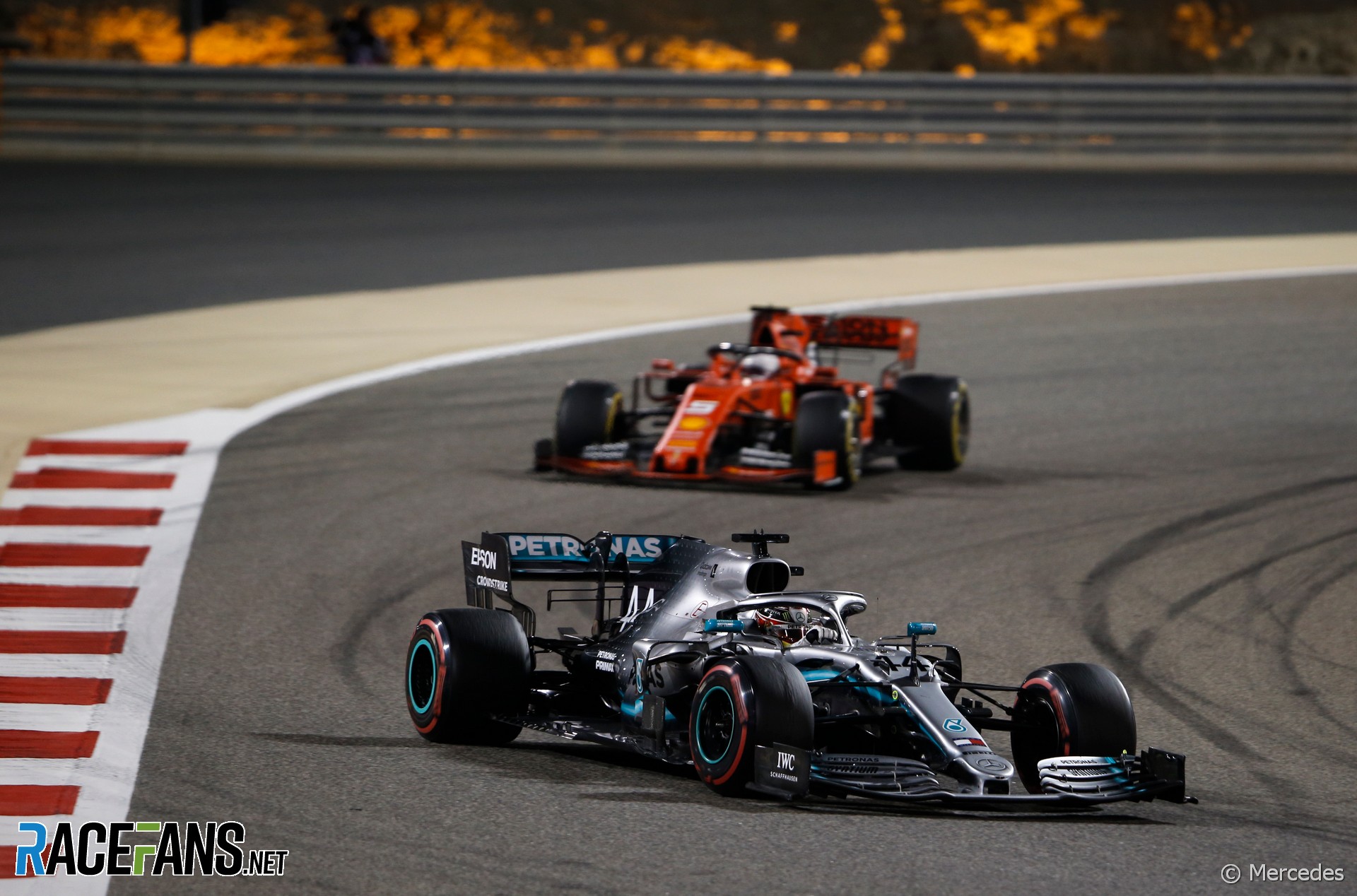 In the round-up: Lewis Hamilton says he still believes new wings introduced this year have made no difference to how closely drivers can race each other.

Hamilton was asked whether the new aero package made it easier to get close to other drivers:

Formula 2 driver Mahaveer Raghunathan has been given a 10-place grid penalty for the next race at Baku after failing to stop at the end of Sunday’s sprint race at the Bahrain International Circuit. After passing the chequered flag he continued to drive at racing speeds for a full lap before passing it a second time and then proceedings to the pits.

Unfortunately not credited on timing and scoring because @danielricciardo didn't cross the line while leading. Officially, the last race led by a @RenaultF1Team was @F1NightRace 2009. https://t.co/U6DUWMCq5B

It being April 1, it's probably not a good day to put out press releases. Particularly ones about strategic organisational change…

For avoidance of doubt, none of the stories on @racefansdotnet are #aprilfools. Yes, even this one, though some have asked!:https://t.co/E3WqK3i1Ne #F1 #BahrainGP

"The steps we've taken from last year, to be two out of two times in Q3, to have opportunities to get into the points and a P6 - we do have a better trend than we did last year."

Will Power: "If we just eliminate that stuff we will be in great shape. We're quick every weekend. I just want to have a normal run in a season without this sort of crap."

"The lack of live free-to-air presence, amongst other factors, meant that the combined audience of 2.39 million viewers is down by 504,000 viewers on twelve months ago."

Leclerc’s successful move, coupled with his rapid pace and Vettel’s error (yet again) should hopefully start to swing the Ferrari pendulum away from Vettel and more towards equal treatment of the two.

If Ferrari have sense, they’ll keep their options open earlier in the season instead of rowing in behind Vettel from the outset… he may not he be the right horse to back if they want to bring titles back to Maranello.
Kyle