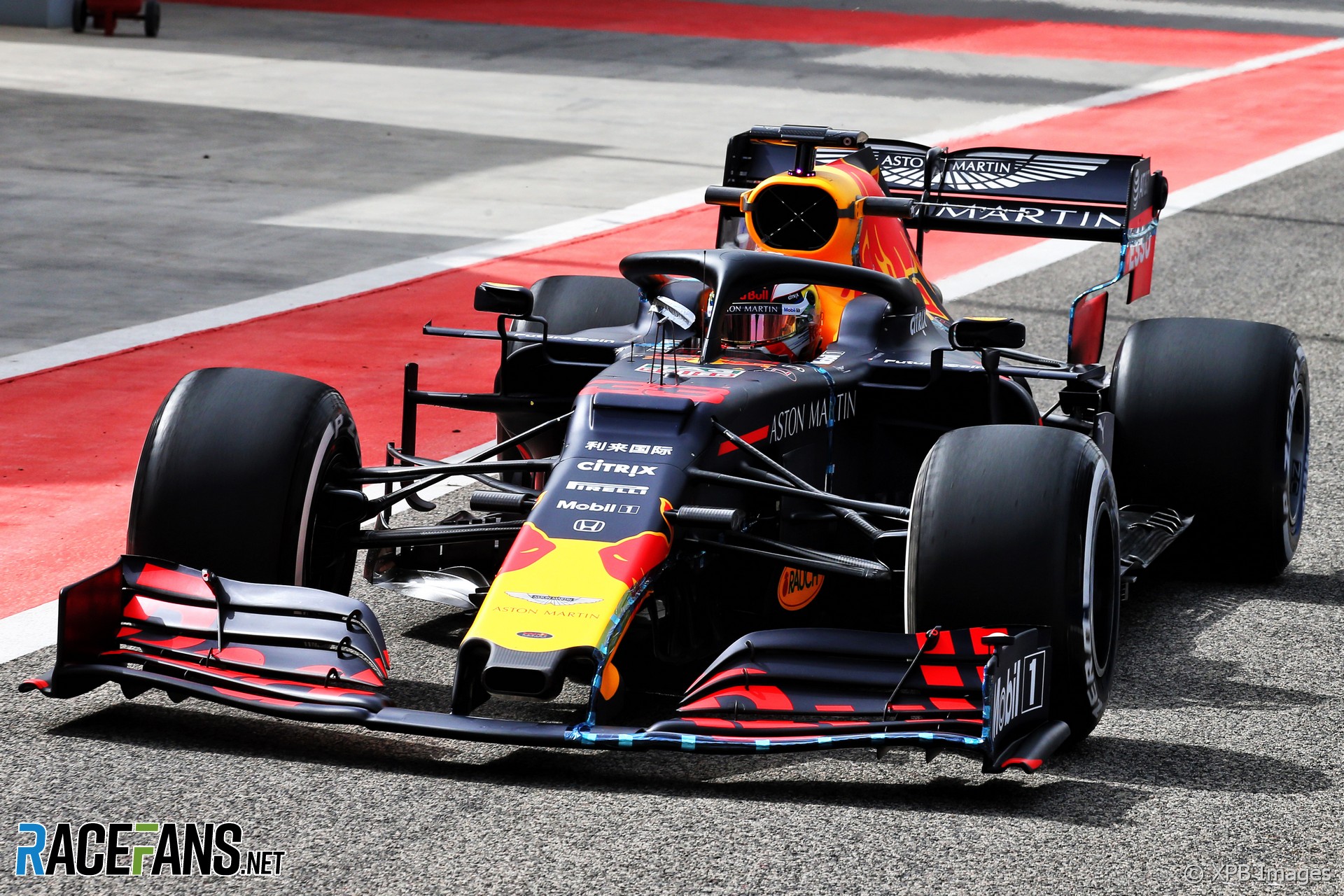 Max Verstappen displaced F1 test debutant Mick Schumacher from the top of the times on the first day of running at the Bahrain International Circuit.

Unusually, today’s test was disrupted by rain at the desert circuit. Proceedings began on a dry track but a midday shower sent all the cars back into the pits for several hours.

After the session resumed, Schumacher moved to the top of the times in the final hour using the softest C5 tyres, which were not nominated for last weekend’s race. However five minutes before the chequered flag came out Verstappen took six-tenths of a second off Schumacher’s time to end the day on top, using a set of C3s.

Track conditions were considerably slower than they were during the race weekend. Verstappen’s best effort was 1.7 seconds slower than Charles Leclerc’s pole position track record from Saturday.

Lando Norris was third-quickest for McLaren ahead of Romain Grosjean and Alexander Albon.

The first day of the two-day test saw 15 drivers take to the track in 12 cars. McLaren and Toro Rosso each ran a second car for Pirelli tyre test purposes. Fernando Alonso, back in an F1 car for the first time since his retirement at the end of last season, set the 11th-quickest time of the day on the prototype rubber.

McLaren also split one of their cars between two drivers, as did Haas and Williams.