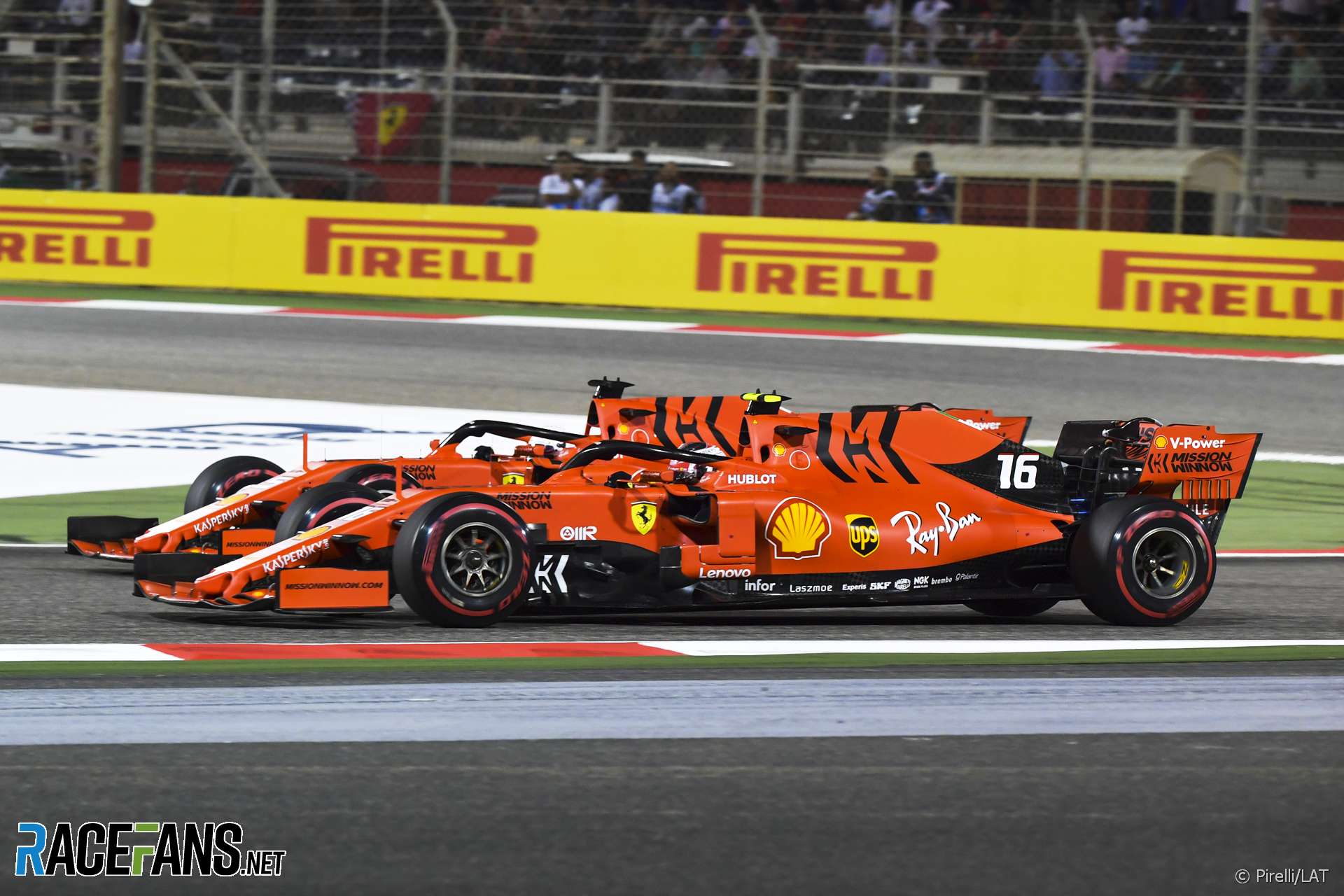 Before the 2019 F1 season began, Ferrari gave mixed messages over how it was going to handle its two drivers.

New team principal Mattia Binotto talked about how his drivers were “free to fight” but also indicated that in an “ambiguous situation”, Sebastian Vettel would get preferential treatment: “He has already won championships, so he is our champion,” said Binotto.

What did all these platitudes mean in real terms? We can judge that from the fact Charles Leclerc is two races into his Ferrari career and has already been told not to overtake his team mate in both of them.

Last year Ferrari seemed hesitant to use team orders even when there was arguably good cause to do so. At the Hockenheimring, Vettel wasted lap after lap losing time behind Kimi Raikkonen. And as the championship reached a crunch point at Monza, Ferrari surprisingly allowed Raikkonen rather than Vettel to gain the benefit of the tow during qualifying.

So what has changed? Was Leclerc’s arrival at Ferrari Vettel’s opportunity to demand Michael Schumacher-style number one status? It’s a tempting comparison, but the circumstances of the first two races paint a somewhat different picture.

In the Australian Grand Prix Leclerc cruised up behind Vettel in the final laps. Ferrari had pulled their leading car in too early and Vettel was struggling on his tyres. On the face of it, calling off the fight between their lead drivers in the final laps was understandable, though it conveyed a lack of faith in the pair not to hit each other. Leclerc did as he was told, but on the final lap he blasted around Albert Park four seconds quicker than Vettel, leaving no one in any doubt he could have driven past his team mate had he been given the chance.

Ferrari were in damage-limitation mode with an uncompetitive car in Australia. But in the Bahrain Grand Prix the SF90 was back at something close to its pre-season pace. Vettel still wasn’t as happy at the wheel, complaining about poor rear balance, but Leclerc was on fire. He beat Vettel to pole position, and though a sluggish start dropped him to third, he immediately brushed Valtteri Bottas’s Mercedes aside and began hunting down the other Ferrari.

Leclerc was lapping up to half a second quicker than his team mate. The speed with which he was able to mount an attack seemed to catch the pit wall by surprise. Approaching turn four on lap five he told them “I’m faster, guys.” Six corners later he was told “stay there for two laps.” But approaching turn one on the very next lap Leclerc was through.

“On the next straight I had the opportunity to go for it, so I went for it,” he explained afterwards.

What exactly were Ferrari trying to achieve by telling Leclerc to wait two laps before passing his team mate? What was the next stage in their plan? Have him wait another two laps? Then 50 more?

Ferrari surely understood that, given the power of the three DRS zones in Bahrain, Leclerc was too fast to contain for long. But they didn’t just have their own cars to worry about. When Leclerc got on the radio to point out how quickly he was catching Vettel, Hamilton had also taken half a second out of the race leader. A prolonged scrap between the two SF90s could have brought the Mercedes into the picture.

But for Leclerc the danger of being stuck behind his team mate was that his tyres might wear out more quickly, depriving him of his performance advantage. His opportunity to overtake could have passed, and if he didn’t get by before the pit stop he would be at the strategic disadvantage of having to come in second. His pass meant that happened to Vettel instead, and he lost a position to Hamilton.

Forget beating Vettel to pole position by nearly three-tenths of a second, forget building up a 10-second lead over Lewis Hamilton in the race; this was the most important and impressive thing Leclerc did in Bahrain. This 21-year-old, two races into his first season with F1’s most famous team, made it incontrovertibly clear he is not prepared to be Vettel’s number two. After Melbourne it was a stand he had to take.

And if anyone understands that it should be Vettel. After all, we all remember what happened six years when he was told to stay behind his team mate in the second race of the season…