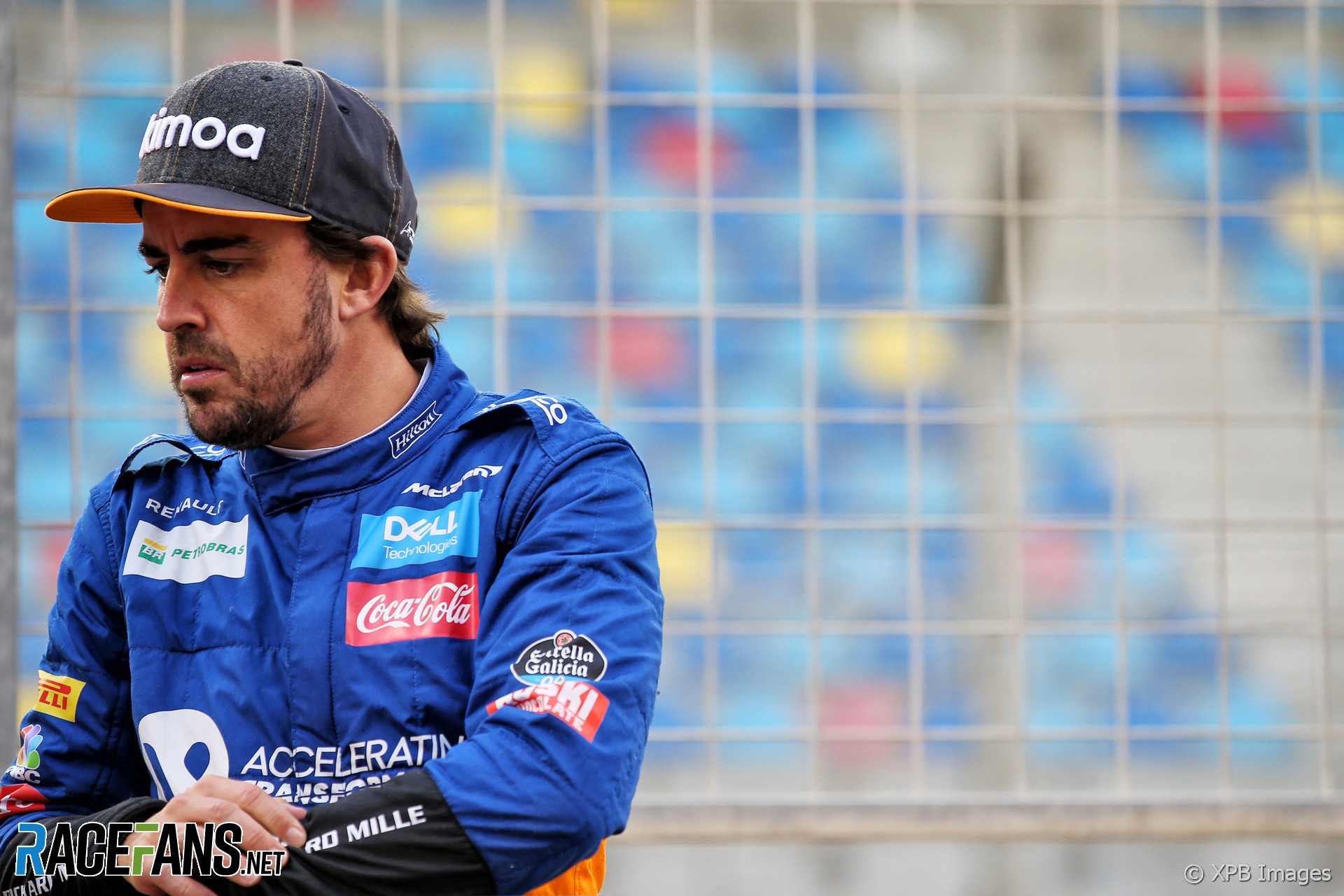 Fernando Alonso says he’s never shared a car with a driver who was quicker than him and he intends to keep racing as long as that is the case.

The two-times world champion retired from Formula 1 at the end of last year but has returned to test McLaren’s MCL34 at the Bahrain International Circuit this week. He is also preparing to tackle the Indianapolis 500 next month, the latest in a series of major races he is bidding to win.

Alonso says his goal is to prove he is “the best driver in the world.”

“I think I am,” he explained. “I think everyone thinks that [they] are the best. But it’s difficult to prove because especially in Formula 1 [either] you are with the right package that season or you cannot prove it.

“I’ve been very competitive over many years in Formula 1, lucky enough to win championships. Even my last season probably was my strongest with 21-0 [in qualifying] to my team mate, something I’ve never done in my career.

“Now with winning 24 Hours of Le Mans, winning Daytona, winning Sebring, hopefully being competitive in the Indy 500 and some other things that I can do outside maybe the asphalt, it’s something that probably has no precedence in the sport. I am looking for that, for challenges.”

The 37-year-old said others wrongly assume he is merely looking for entertainment by exploring other forms of motor racing. Alonso said he has much to learn about other categories of racing, such as during his recent test in Toyota’s Dakar rally-winning Hilux.

“So definitely there is a lot of effort that I put behind every challenge that I take and a lot of stuff behind. I’m not doing it for fun, I’m doing it for the difficulty, for the challenge and just to hopefully to be better as a driver.”

Alonso has set himself the target of winning the Indianapolis 500 to clinch the ‘Triple Crown’ of motorsport. But beyond that he’s set no end date on his plans.

99 comments on “Alonso: I will keep racing until I face someone quicker than me”