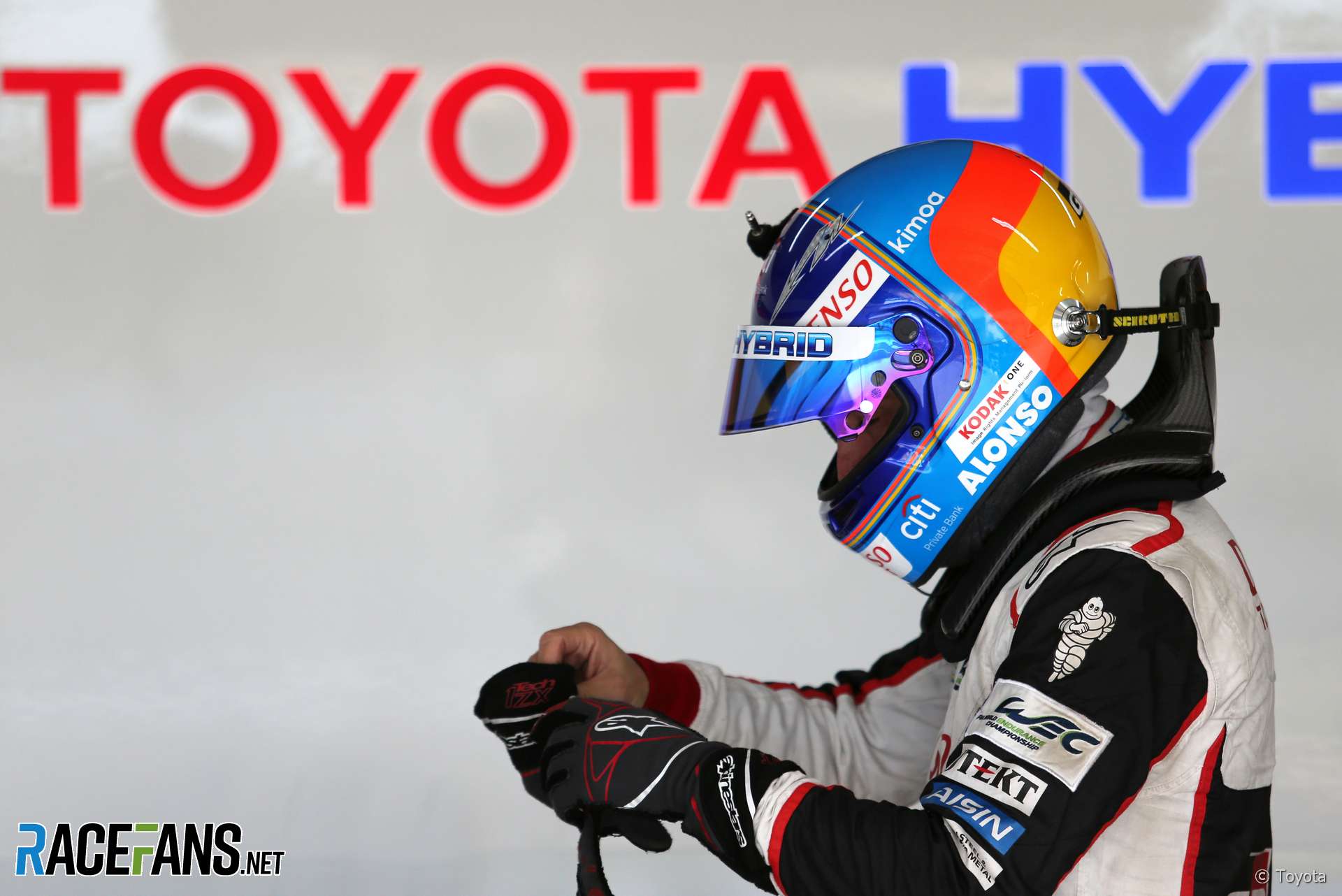 In the round-up: Fernando Alonso says his future in the World Endurance Championship beyond the end of this season is in doubt.

In response to a question from RaceFans, Alonso indicated he may not remain in WEC after the 2019-20 season ends at the Le Mans 24 Hours in June.

I will have to think. There is definitely time to think in the next coming months. Right now I don’t want to get too deep on that. The Indy 500 is going to take all my focus.

For the future it will depend what I do after summer. What other projects that are coming, where I will switch my focus.

The WEC, obviously after winning Le Mans, winning Daytona at the beginning of the year and Sebring a couple of weeks ago, it’s a question mark if I commit to that. Also because it ends 2020 July so it’s quite a future commitment. I have to think and be sure about that.

Back in the Toyota today. #test #wec #lemans pic.twitter.com/tVqIIVlppu

Racing legend @MarioAndretti discusses voicing the role of Mario Mousedretti in the new episode of #MickeyRacers premiering April 5 at 10:00 a.m. ET/PT on #DisneyChannel and #DisneyNOW. pic.twitter.com/daYYdqMxRX

"This is a new chapter, the dawn of a new era and there is huge energy from the shareholders to invest and help the team become a regular podium contender in the future."

"A lot learned, first time in a modern F1 car. It’s a big step up from me, even from Super Formula."

Ricciardo having to adapt at Renault, getting out of 'old habits' (Sky)

"For sure some is in me learning the best way to drive the car, trying to maybe get out of some old habits from last year. But also a few set-up things and trying to work out what works best for me to build my confidence in this car."

"The Mercedes Formula 1 team has added 11-year-old Alex Powell to its junior programme, with the Jamaican joining 12-year-old Andrea Kimi Antonelli as a karter on the scheme."

"There was no differences in the physiological responses to automobile racing between male and female drivers."

Aaditya says we should have named Nico Hulkenberg as a ‘Star Performer’ of the Bahrain Grand Prix:

I usually don’t comment on Hulkenberg’s absence from the star performers list when I think he deserves to be there, but he was seriously very good in the race.

Outstanding start, followed by constant and quick progress through the rest of the race. I mean, last year Verstappen was being praised to the moon and back when he started at the back and finished fourth and fifth. Hulkenberg managed 17th to sixth in a midfield car, that is worthy of praise. He was competing against and overtook drivers with cars not too much slower than his Renault.
Aaditya (@neutronstar)