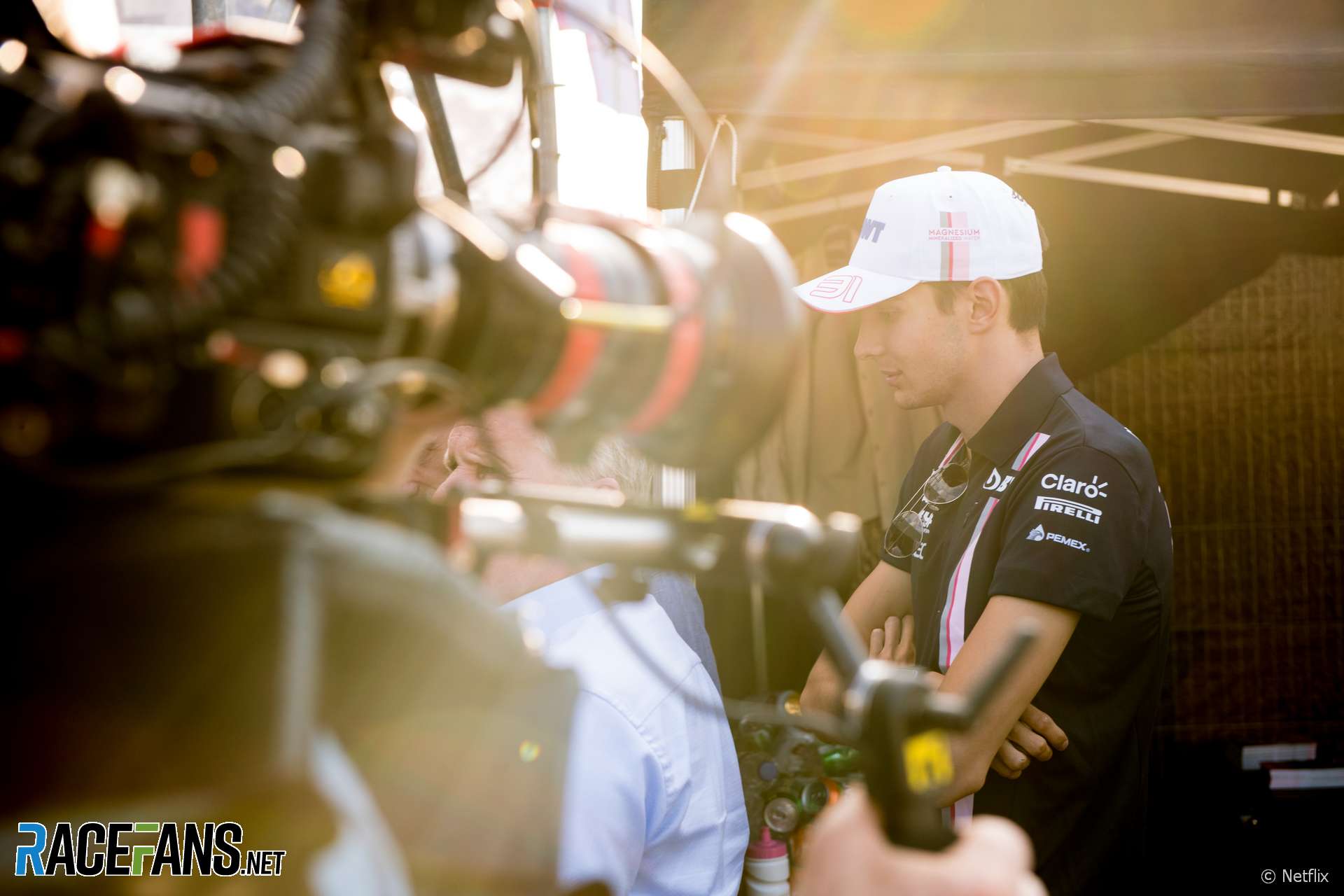 In the round-up: Lewis Hamilton says he hasn’t watched Netflix Formula 1 series Drive to Survive and revealed he had talks with the broadcaster about appearing in a show of his own.

I haven’t seen the Netflix series. I don’t really watch TV series so I haven’t seen it. The only series I’ve watched is “Stranger Things”, and I can’t wait for number three to come out. I haven’t really got into the series, maybe I need to.

I had an opportunity with them a long time ago, before that all came out and it was an individual thing. I didn’t end up doing it. And then the team were, I think, going to do something and that didn’t end up happening, Formula 1 ended up doing something.

But I’ve heard mixed reviews. More have been more positive. I think it’s been, so far, I can imagine it’s been good for the sport. People that don’t understand why would you watch Formula 1 grand prix see it on Netflix, I think it’s been good. So I hope they keep pushing it, even though I’ve not seen it, and I look forward to series two and all the things continuing on.

Read RaceFans’ reviews of all 10 episodes – with spoilers hidden by default – here:

Takuma Sato bounced back from a crash in practice to lead a surprise one-two for RLL in qualifying for today’s IndyCar race at Barber Motorsport Park.

None of the three Penske cars reached the top six shoot-out for pole position. Championship leader Josef Newgarden was eliminated in the first round.

Had a chance to give it some for this Silver Arrow from 1937 🏁
Awesome!#MBClassic event today celebrating 125 years of @MercedesBenz motorsport history. Lucky to drive so many cool cars from the past 🙏🏼#VB77 @MercedesAMGF1 #motorsport #history pic.twitter.com/NDe61wQR9Z

"A hastily arranged meeting of manufacturer technical heads and the FIA took place in Sanya but little in the way of information about the Nissan situation was offered."

"Verstappen had problems with the Arai helmet (in testing). It didn't fit and he didn't see properly. He felt extremely uncomfortable."

Are Mercedes being ‘objectively correct’ about Ferrari’s key strength at the moment?

It’s interesting to see in the world of F1 where there is objective data that people’s abilities to live polarised realities mirrors the more subjective world of politics.

Mercedes are for sure the best team when considering car, strategy, and driver(s) all together. All they’re saying here is the Ferrari has a power advantage and will likely be the pace setter at two tracks where power is critical, there’s clear data to show that. But a fortuitous result at Bahrain where the Mercedes was clearly second best and only driver error and reliability lost Ferrari the result is enough to distort reality for some that Mercedes are still dominant and that victory is a given for them.
Philip (@philipgb)

Join in this weekend’s Caption Competition here – the winner will be featured in tomorrow’s RaceFans round-up:

[retromputoleman01]On this day 35 years ago Niki Lauda led an emphatic one-two for McLaren in the second race of the 1984 season at Kyalami in South Africa. Derek Warwick was third for Renault behind Alain Prost, the driver he replaced at the team at the end of the previous season.

Nelson Piquet started from pole position at the track where he clinched the 1983 world championship six months earlier, but his Brabham-BMW let him down. Riccardo Patrese brought his Alfa Romeo home fourth followed by the Ligier of Andrea de Cesaris.

Rookie Ayrton Senna finished sixth and therefore claimed his first point in his second start. He had to be lifted from the cockpit of his 1983-specification Toleman after the race, suffering dehydration and severe muscle cramps after hitting a piece of debris early in the race which caused his steering to go heavy.

Toleman’s lap chart originally told Senna he’d finished seventh, out of the points, but speculation Prost could be disqualified gave him a hope of a points finish. In the end Prost was not disqualified but Senna discovered he had in fact scored his first point anyway.