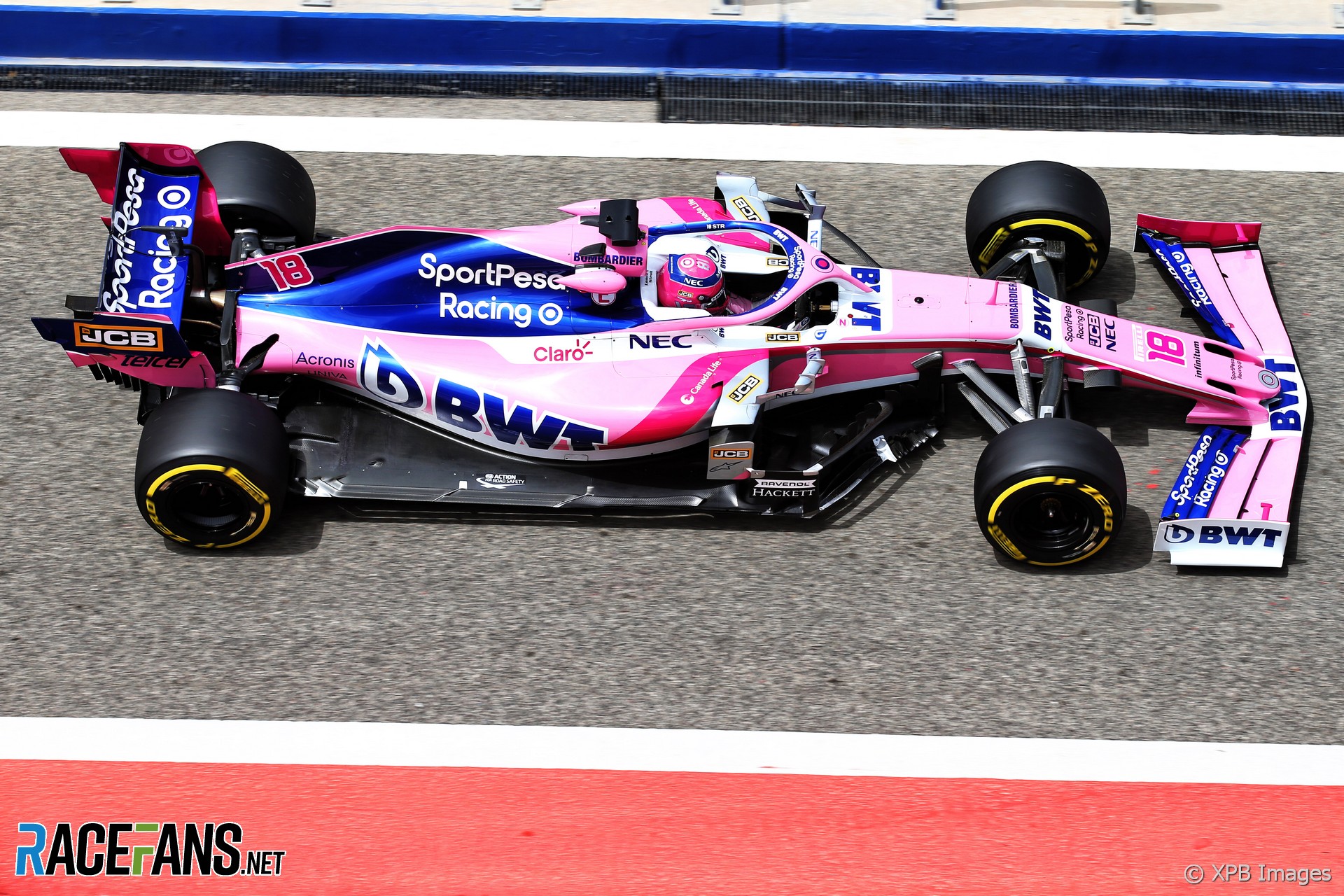 The team previously known as Force India has used the Toyota Motorsport wind tunnel in Cologne since 2015.

It is not yet clear whether the team will lease time in Mercedes’ current 60% scale tunnel or its older 50% model. However as the team has previously used a 60% tunnel, the largest permitted under F1 regulations, it is unlikely to be prepared to downsize.

A Racing Point spokesperson told RaceFans the attraction of using the Mercedes wind tunnel include its proximity to their Silverstone base as well as potential gains in efficiency and cost savings.

However the move may prompt speculation the team is planning to move closer to becoming a Mercedes ‘B-team’ along the lines of Haas’s arrangement with Ferrari.

Haas makes full use of the rules which allow teams to procure ‘listed parts’ from rival teams and sources its power unit, gearbox and suspension components from Ferrari. Racing Point already obtains power units, gearboxes, hydraulics and engine electronics from Mercedes, but designs and builds its own suspension.

RaceFans understands Racing Point will begin using the Mercedes wind tunnel in the second half of this year, when it starts development of its new car for the 2020 F1 season.

35 comments on “Racing Point to use Mercedes wind tunnel”