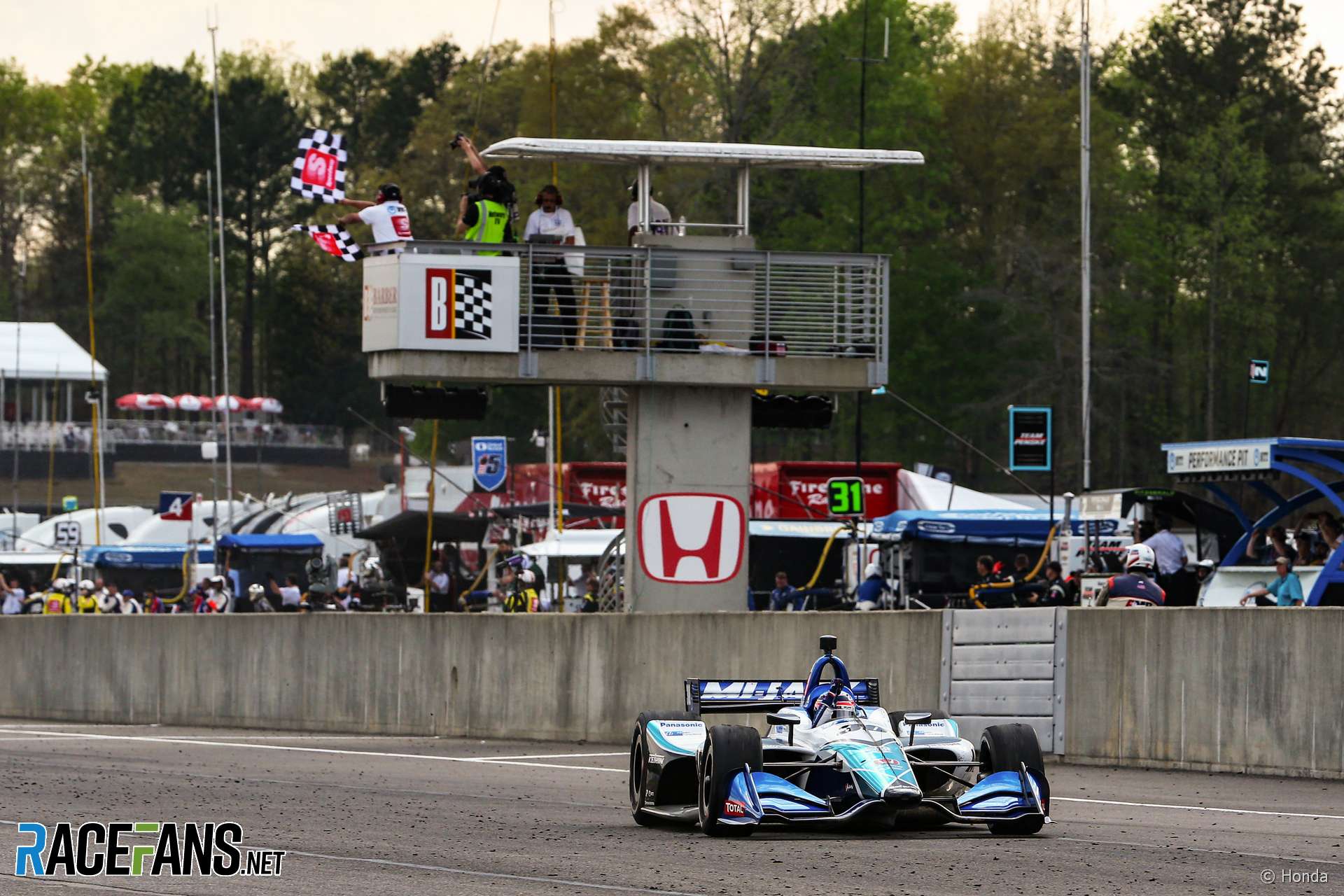 Takuma Sato described his IndyCar victory at Barber Motorsport Park yesterday as particularly special because it was his first win from pole in the series.

The former Formula 1 driver controlled proceedings at the Alabama track, leading 74 of the 90 laps on the way to the fourth victory of his 10-year IndyCar career.

The 42-year-old, who scored the biggest victory of his career in the Indianapolis 500 two years ago, said his latest win was also significant among his past successes.

“Every single win is so special and you can’t really directly compare here to there,” said Sato in response to a question from RaceFans. “Of course the Indy 500 win, no doubt about it, it is significant.

“But today [from] my whole career I think this was such an exciting win because what I’ve done, from pole to win, I have to go back to the British Formula Three back in 2001.”

Sato last won from pole position in the final round of his title-winning 2001 British F3 championship at Silverstone.

“Since then of course I won [at] Long Beach, other races, got a pole eight times,” he continued. “But the last seven races I don’t think I won it from the pole position.”

“To be able to nail it from pole to win is such a special feeling,” Sato added. “Obviously I was calm, not the most exciting race perhaps, in a good meaning, but I take this as very special. Especially my first career road course pole position in the IndyCar Series.

“And bear in mind, this is officially my first IndyCar test track back 10 years ago, back in 2010. So it took long to come to here, but that is why to me it’s a special story, special memory, and this is definitely one of my greatest ever wins.”