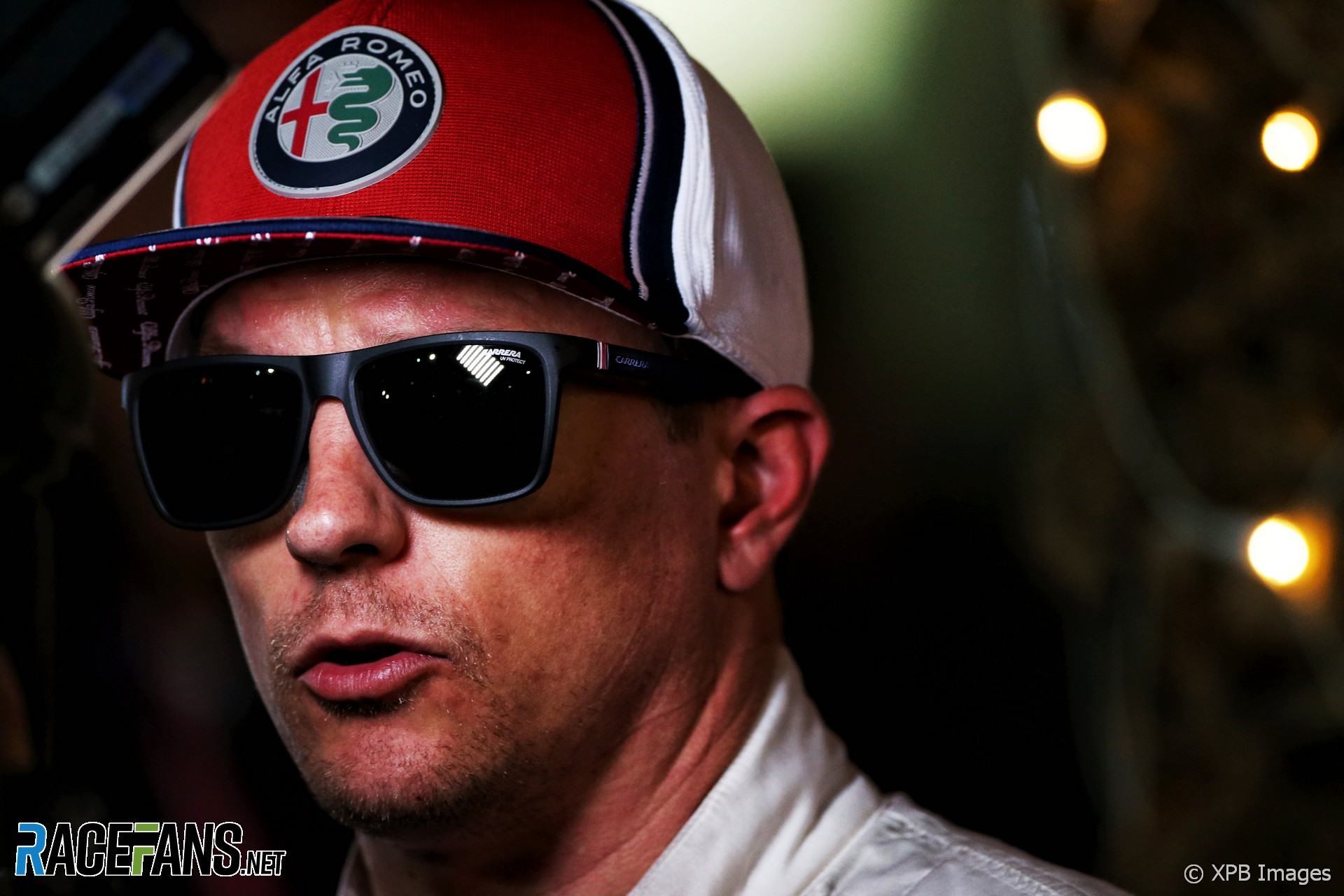 In the round-up: Kimi Raikkonen says he isn’t interested in breaking the record for starting the most grands prix, which he is on course to do in the 2020 F1 season.

Raikkonen is set to surpass Rubens Barrichello’s record for most F1 starts in the ninth race of next season, which should be his 321st race:

I’ve never been chasing any number. In the end it’s just a number. If it’s 20 thousand it makes no difference. At least, I don’t look at how many races or this or that. I do it because I feel it’s what I want to do and when I don’t feel, I stop.

It’s absolutely zero interest on the number side. If it’s 10 less than somebody else or 10 more, that doesn’t dictate at all what I will do. When the feeling changes I will go and do something else but that’s how it’s going to go.

Anthoine Hubert drove a Renault F1 car around Disneyland Paris last weekend as part of a promotional event for the French Grand Prix.

Our MD @SpeakersNick sat down with @_markgallagher for our latest edition of In Conversation With, discussing why the Formula One business model broke and how they went about finding solutions#events #eventprofs #formulaone pic.twitter.com/uNGVu5d1s8

"A new compromise is being sought. Liberty Media is demanding £18m a year, while the BRDC has offered £15m a year, according to people close to the talks. It is unclear whether fees would still rise over time, though the BRDC has also been offered more rights over hospitality packages, which could give it more income. A final agreement is expected within weeks."

Guenther Steiner: "Nobody would care if we were at the bottom. Everybody would be happy. That’s what everyone was expecting. That’s where they thought we would be when we got into Formula One. It’s developed over the years with people getting more critical. It goes hand-in-hand with our classifications. After a while, you get used to it. You live with it and don’t care."

"They're not quite at Mercedes or Ferrari level yet, but I have every confidence that they will get there quite quickly. They just instil that confidence."

"A later start to the season is currently being discussed between Formula E organisers, the FIA and teams in order for the races not to clash with other events. This could mean that the first two races of Season Six take place on Dec 20-21."

The ‘B team’ debate isn’t going away:

I think Haas sets a terrible precedent for the sport. It was only a matter of time before other midfield teams realise that it’s not economically efficient enough to invest in R&D, design and manufacturing of your own car or car parts. As long as there are teams like Haas on the grid, the midfield teams would always feel the pressure to go down the route of a B team.

Sad to see Force India go this route. If Liberty doesn’t fix this asap, F1 will be a farce even before we get to 2021.
@Todfod