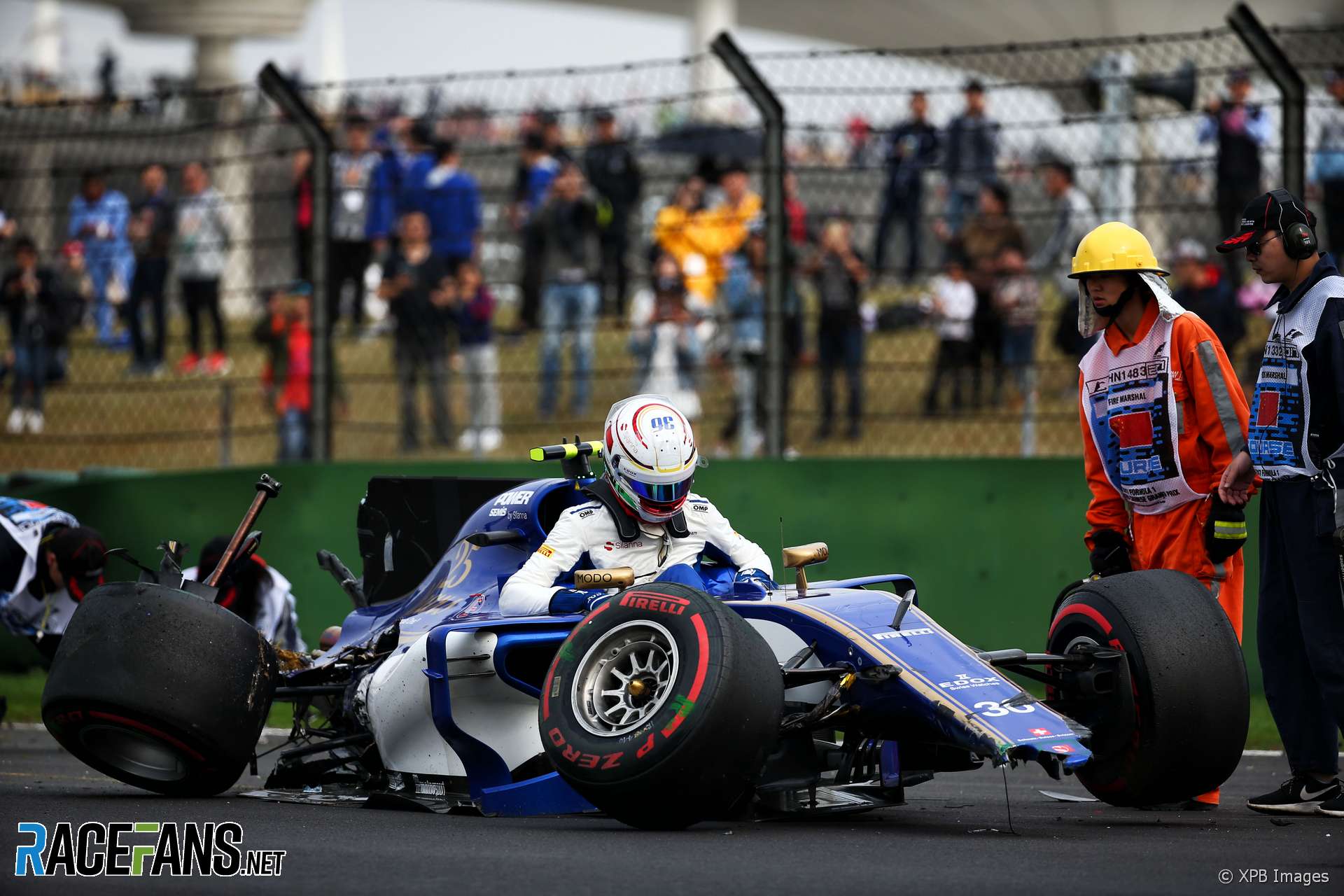 Antonio Giovinazzi says he wants to put the memories of his dismal 2017 Chinese Grand Prix behind him by scoring his first F1 points this weekend.

He crashed during qualifying at the race at the Shanghai International Circuit two years ago while substituting for the injured Pascal Wehrlein at Sauber.

Giovinazzi handed the seat back to Wehrlein at the nest round and didn’t race in F1 again until he rejoined the team, now called Alfa Romeo, as a full-time driver at the beginning of this season.

“I was sure this question would come up,” said Giovinazzi when asked about his previous visit to Shanghai. “Qualifying was the last corner,” he recalled, “but then in the race was on the straight aquaplaning so nothing I could do.”

He said he took valuable experience from the weekend. “I think it’s past now. Of course it was not the best weekend [for] me. But was just experience for my side. It happened, I think not forget [it] because in the end was still there, that weekend, but was something that made me better I would say.”

Giovinazzi made his F1 debut at very short notice two years ago. Although he did some pre-season testing in the Sauber, Wehrlein completed Friday practice in Melbourne before stepping down. At Shanghai poor visibility on Friday meant Giovinazzi again missed out on a lot of running.

“I’m looking forward to this weekend to be honest. After Melbourne and Bahrain where I was really close to get points now for sure the target for this weekend is to get some points, first points for me in F1.”

“I didn’t know the team quite well,” he added. “It was not my car. Now I’m just more confident.

“I did two years driving a lot the simulator and a lot of tests with Ferrari. So [I’m] a different driver. It’s a normal weekend. I know what happened two years ago but it’s a weekend like Bahrain or like Melbourne so I need to enjoy and try to make the best result for the team.”