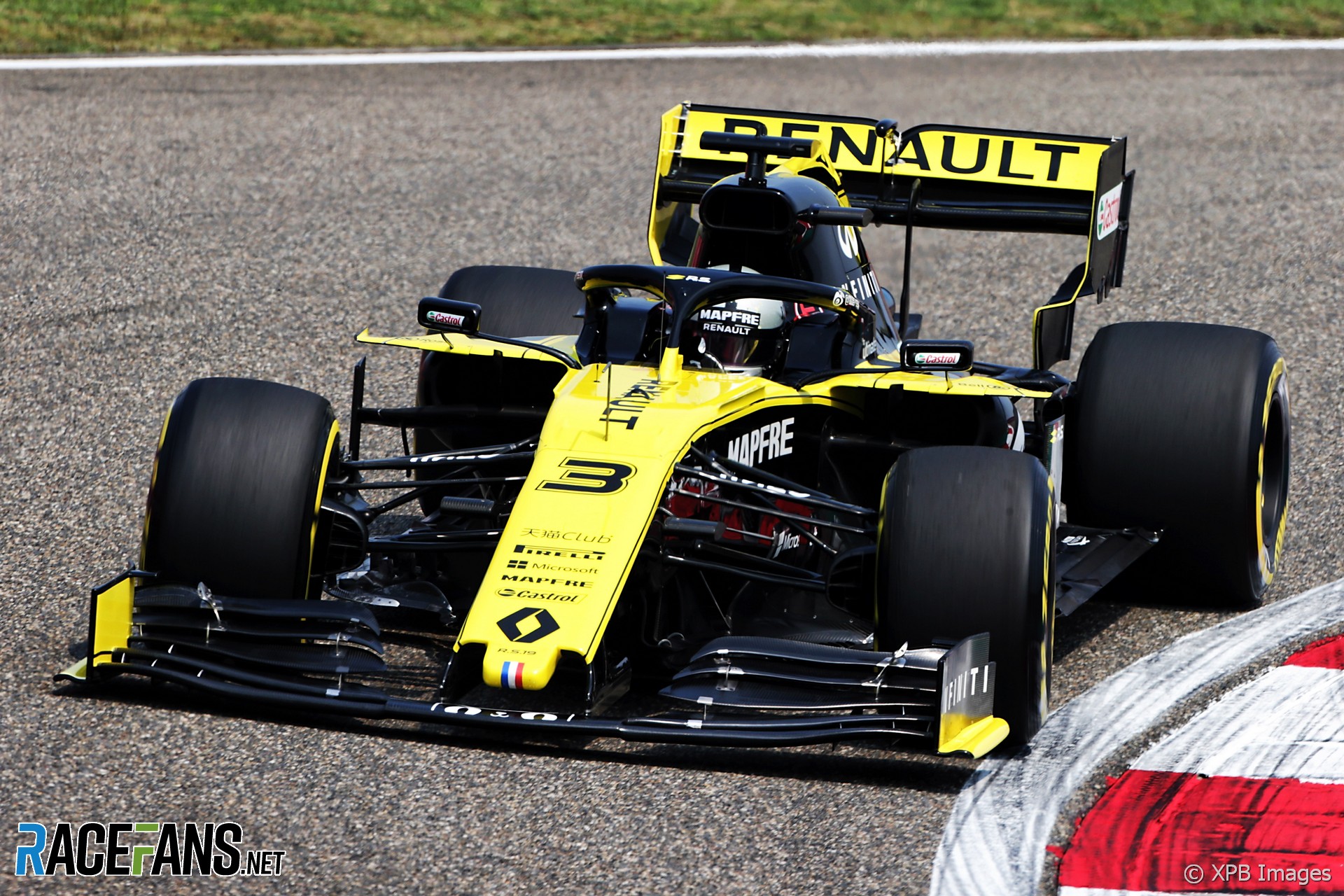 Ferrari and Renault have fitted new power unit parts to several of the cars using their hardware at the third round of the championship.

Charles Leclerc, who lost a likely win in the previous race when a short circuit in his Ferrari power unit slowed him by up to six seconds a lap, continued to use his repaired hardware in the first practice session at the Shanghai International Circuit. However Ferrari has replaced the control electronics on his car, as well as that of his team mate and both Ferrari-powered Haas cars.

Drivers may only use up to two sets of control electronics per season without incurring grid penalties, meaning all four drivers will be penalised if their electronics are replaced again this year.

The Alfa Romeo drivers, who also use Ferrari’s power unit, do not have fresh control electronics fitted. Antonio Giovinazzi was unable to set a time in the first practice session due to a technical problem.

Three of the four Renault-powered drivers have had new MGU-Ks fitted. These are of a new specification following the problems the reliability team has experienced since the start of the season. McLaren’s Carlos Sainz Jnr is still using the MGU-K which was fitted to his car in Bahrain.

Nico Hulkenberg, who lost sixth place in Bahrain when his power unit failed at the end of the race, also has a new engine, turbo-charger and MGU-H this weekend.