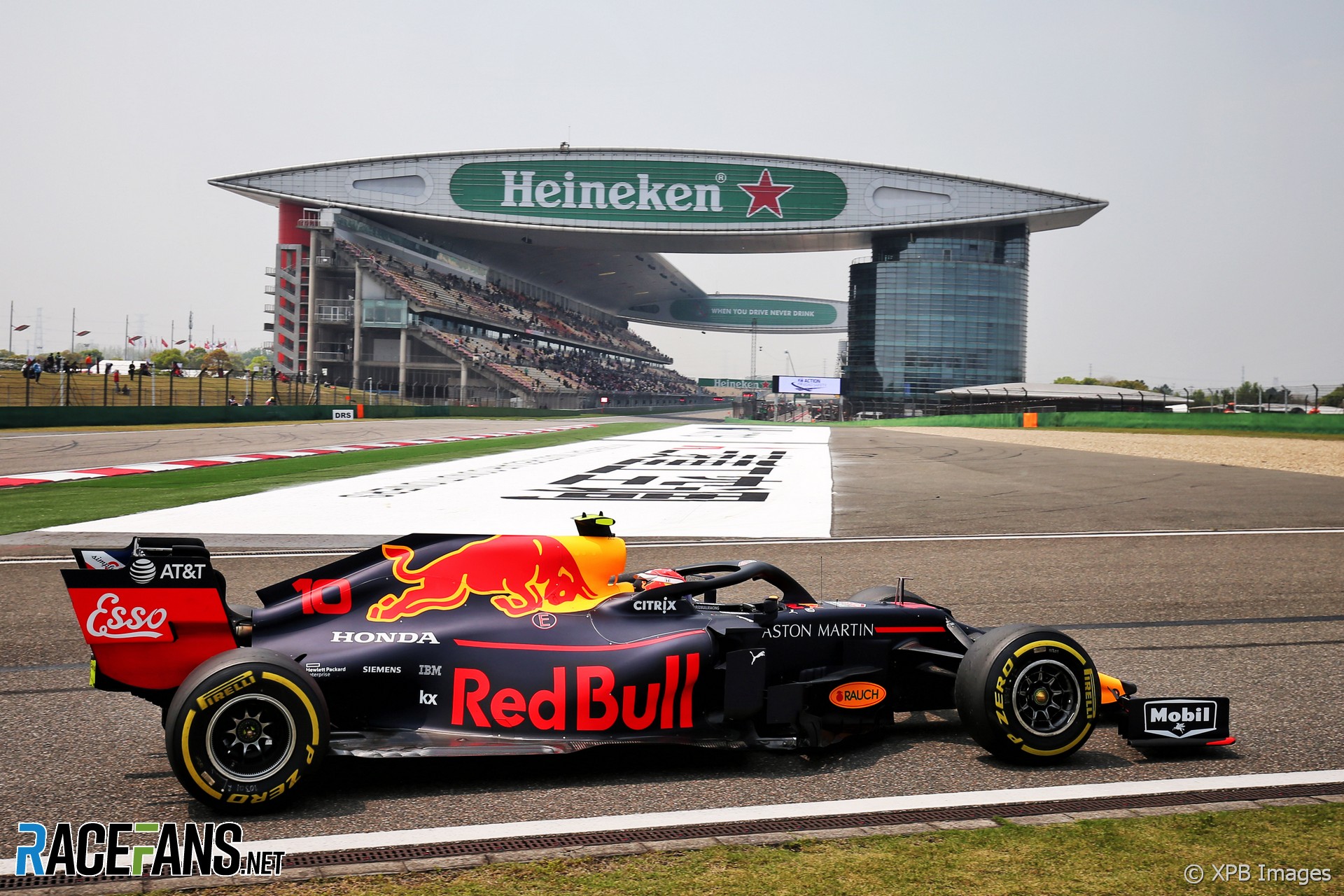 While Ferrari and Mercedes were nip-and-tuck at the top of the times sheets on Friday in China, the real intrigue came from the performance of Red Bull.

Before the weekend began Lewis Hamilton warned “you definitely can’t count them out” and said he expected them to come good.

“They’ve had a bit of a slower start but if you look last year, for example, they won the race here,” said Hamilton. “They finished strong so I anticipate it could be something similar.

“Also their end of straights have been really good. Where they usually have a really strong car and not such a strong an engine it’s the other way this year. They’ve got not as strong a car but they’re one of the teams that can develop at a similar rate to Ferrari and us.”

Red Bull management have talked up the gains they have seen after switching to Honda power and said more needed to come from their chassis. Has that been borne out by this weekend’s developments?

After the Bahrain Grand Prix team principal Christian Horner said the team needed to find the “magic password” which would allow them to get the most out of the notorious peaky Pirelli tyres. It seems they may have done just that.

Today he revealed the team had corrected a fundamental error in the set-up of its cars. The effect seems to have been immediate. Having been eight-tenths off the pace on Friday in the first two races of the year, the team were just two-tenths away in Shanghai.

This caught some of their rivals – including Ferrari – by surprise. Max Verstappen set a strong lap and Pierre Gasly was on a comparable run until he made an error in the final sector.

“We found a mistake in the set-up so I think naturally it is going better here,” Verstappen confirmed after second practice. Of course it remains to be seen whether their rivals have more pace in reserve for qualifying.

“I think we’re all quite confident that if we would solve that it would look already a lot better,” said Verstappen. “And I think that showed again today.”

Nonetheless the fragility of the tyres is likely to challenge them and their rivals this weekend. “The tyres are pretty weak,” Verstappen added. “They degrade quite a lot, the softer compounds. It’s not really nice to drive, you’re really just managing tyres.”

Behind the usual ‘big three’, The Renault-powered cars put on a strong showing. Nico Hulkenberg was fifth, as he was on Friday in Bahrain, before power unit problems wrecked his qualifying effort. He said he is hoping for his first trouble-free qualifying session of 2019 to grab a place in Q3.

However he also has an eye on the pace of Renault’s customer team. “McLaren look pretty strong today to be honest,” he said, “quite an impressive long run from them on the soft.”

His team mate pointed out that reaching Q3 could be a mixed blessing at this track. Q3 would be nice but I actually don’t know if starting on the soft is better than the medium because the soft actually doesn’t look like a great tyre here for the long run,” said Daniel Ricciardo.

“We’ll see. We’ll try and do that because we obviously want to be as far up as possible but in any case we’ll be better for Sunday.”

Haas have tended to gain pace from Friday to Saturday. They need to if they’re to be among the Q3 contenders this weekend. The team spent much of the day trying to resolve their poor race pace from Bahrain.

Kimi Raikkonen’s second practice lap time indicates Alfa Romeo should be in with a chance of getting at least one car into Q3. Toro Rosso could have done without the disruption to Danil Kvyat’s day. Honda noticed an anomaly in his power unit data on his last lap in first practice and chose to replace it, meaning he missed part of the season session. The old engine has been flown back to their Sakura headquarters for inspection.

Toro Rosso could therefore find themselves at the tough end of the fight to escape Q1. But Racing Point seem to be in a similar position: Sergio Perez admitted they “are far at the moment” and “need to find a lot of lap time”.

While Williams haven’t shown any sign yet of getting in among the rest of the rubbers, Robert Kubica at least expressed some satisfaction that the car’s balance seems to be better this weekend.

11 comments on “Have Red Bull found their “magic password” by fixing set-up mistake?”