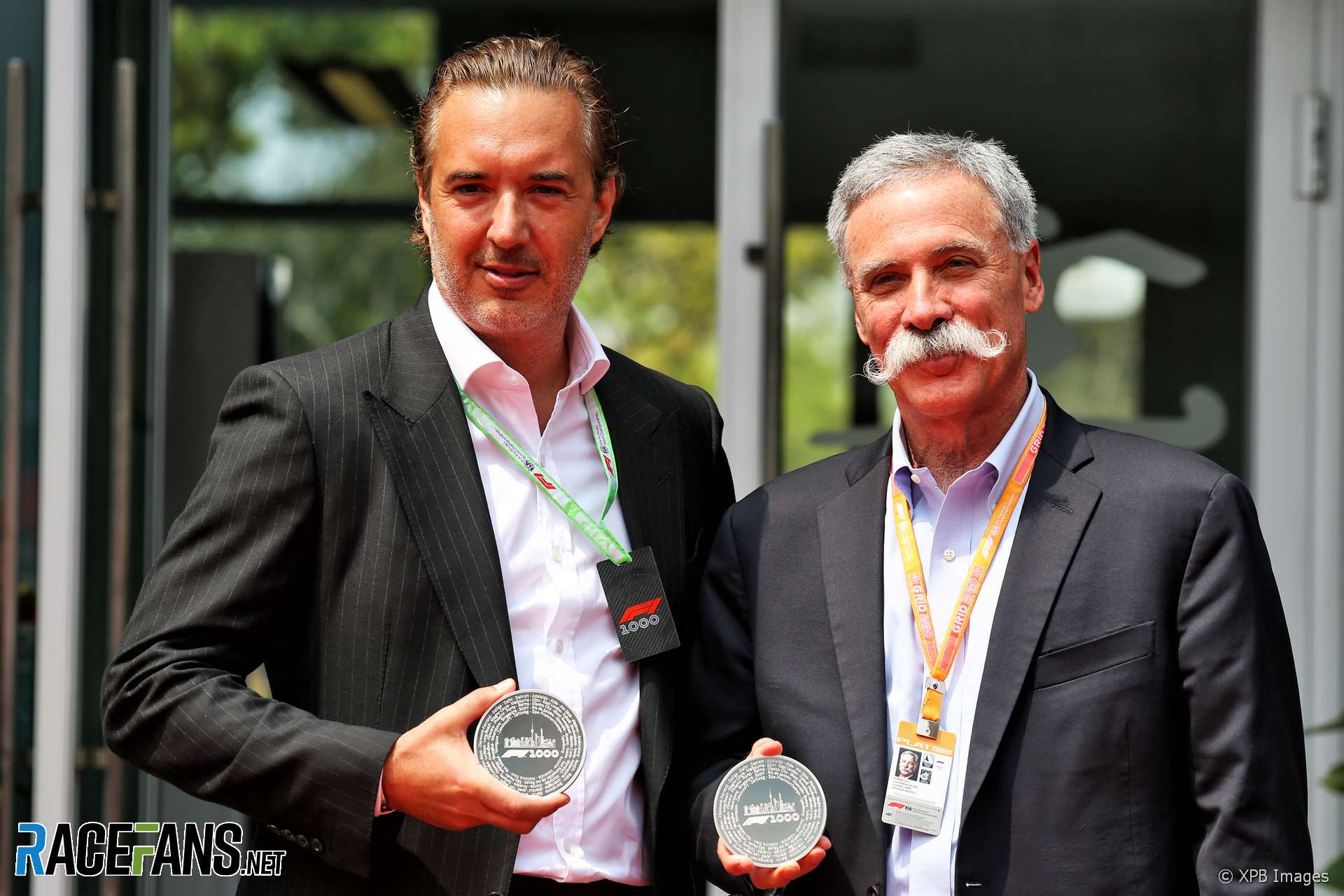 It’s day two of the Chinese Grand Prix and Formula 1 seems in no danger of running out of ways to mark the 1,000th world championship race.

Having woken an hour earlier I take a four-quid, 20-minute cab ride to circuit. On the way I marvel at how China has changed since first I reported on the grand prix in 2006. Just 13 years ago the country’s taxi fleet comprised rattling, rusty, smoking 20-year old Volkswagen Santanas (Passats) manufactured on recycled assembly lines originally supplied by VW’s barter department in exchange for pork bellies.

Today’s transport, though still a VW, is a pristine Touran. On our journey we are flanked by new-generation cars representing virtually every Western brand. The hazy smog of the mid-noughties is a thing of the past, as (mostly) are traffic jams. The driving standards appear to be better, too.

The breakfast has been my fortnightly cholesterol fix ever since Williams kindly granted me ‘honorary Brit’ status five years ago, and I’m mightily grateful to the team. 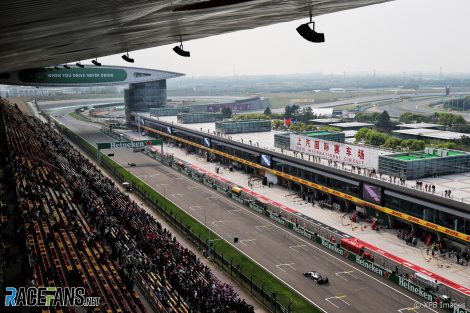 Start of FP1, so head for the media centre, stopping to admire memorabilia – historic F1 cars, overalls, trophies, helmets and a collection of driver signed paintings and prints – exhibited in honour of the 1000th world championship round being celebrated here this weekend. Is the Shanghai Circuit in my opinion a fitting venue for the race?

Well, China forms part of the world championship. The circuit has hosted more rounds than has, for example, Brands Hatch, and currently level-pegs with Paul Ricard in the grand prix stakes. Still, it doesn’t have the ring of Monza, Silverstone, Monaco or one of the other grand old races of the F1 calendar to it.

FIA Friday press conference: with Toto Wolff (Mercedes), Mattia Binotto (Ferrari), Andrew Green (Racing Point) and Toyoharu Tanabe (Honda) in the line-up, how can I miss it – particularly as Racing Point, already procuring engines, gearboxes, hydraulics and power unit electronics from Mercedes, has signed a deal to use the latter’s wind tunnel?

Does this point to a potential Ferrari/Haas type collaboration, I ask. Toto’s answer is that he said, “I don’t see what’s so bad in a Haas-Ferrari model actually”, which I had neither implied, nor do I believe it is bad. (I point this out for the record during my lead in to a later question; for some reason it is not reflected in the FIA’s transcript.)

Green says Racing Point will begin using the Mercedes tunnel “later this year”; my sources tell me it will be before the end of June.

Media centre lunch: Penne Bolognese, fried rice with vegetables and chicken nuggets. Then a reconnaissance stroll through the paddock. Nothing much to report (yet), save most folk are still keeping schtum, about Liberty’s meeting on 26th March at which F1’s commercial rights holder presented its post-2020 plans, details of which we covered extensively following the Bahrain Grand Prix.

In case the 1,000th championship race was in danger of being overlooked, now we have the presentation of the official commemorative coin. Whatever next?

They also distribute limited edition 1,000th F1 souvenir race posters. I make to decline but Pavel Turek, CEO of the company behind them and friend from his West and Red Bull PR days, prevails upon me to accept an alternative. Find the company’s full range of art and posters at Automobilist. 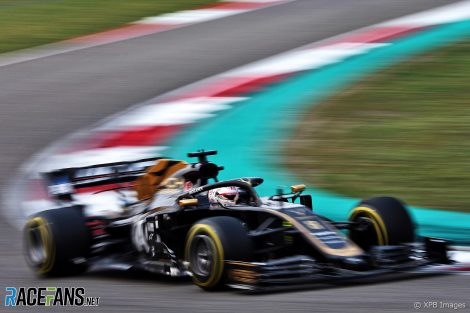 During second practice Romain Grosjean’s front wing collapses. He’s surprising nonchalant about it afterwards. I cannot help but recall a laconic comment made by Mark Webber in response to my question when the start of his Red Bull tenure was punctuated by a spate of aero failures: “Mate, if we were building aeroplanes I’d be fucked…”

Only three teams offering non-broadcast interview sessions after second practice: Haas, Renault and Toro Rosso. And they occur simultaneously. Liberty’s latest initiative is for its own TV crews to enjoy primary access, with their recordings shared with written media. If you read some vanilla stuff rather than obviously original material on your favourite website on Fridays, you know why.

I grab Haas and continue yesterday’s banter with Grosjean about sponsorship. His latest take is that it works for energy drinks (he would, given Rich Energy’s sponsorship of Haas), but not for alcohol or tobacco-linked brands…

Trawl the paddock one last time, then pack up ready for cab to hotel. Have a choice of paying touts to organise the Chinese equivalent of Uber, or join long queues at the local filling station. I’m with two photographers, so we elect to pay around a fiver each rather hanging about for hours.

Said snappers and I hit a local Italian restaurant called Pizza.it, which serves a fair 12-inch Hawaiian and drink for under a tenner, then it’s back to the hotel for a catch up on news, views and reviews.