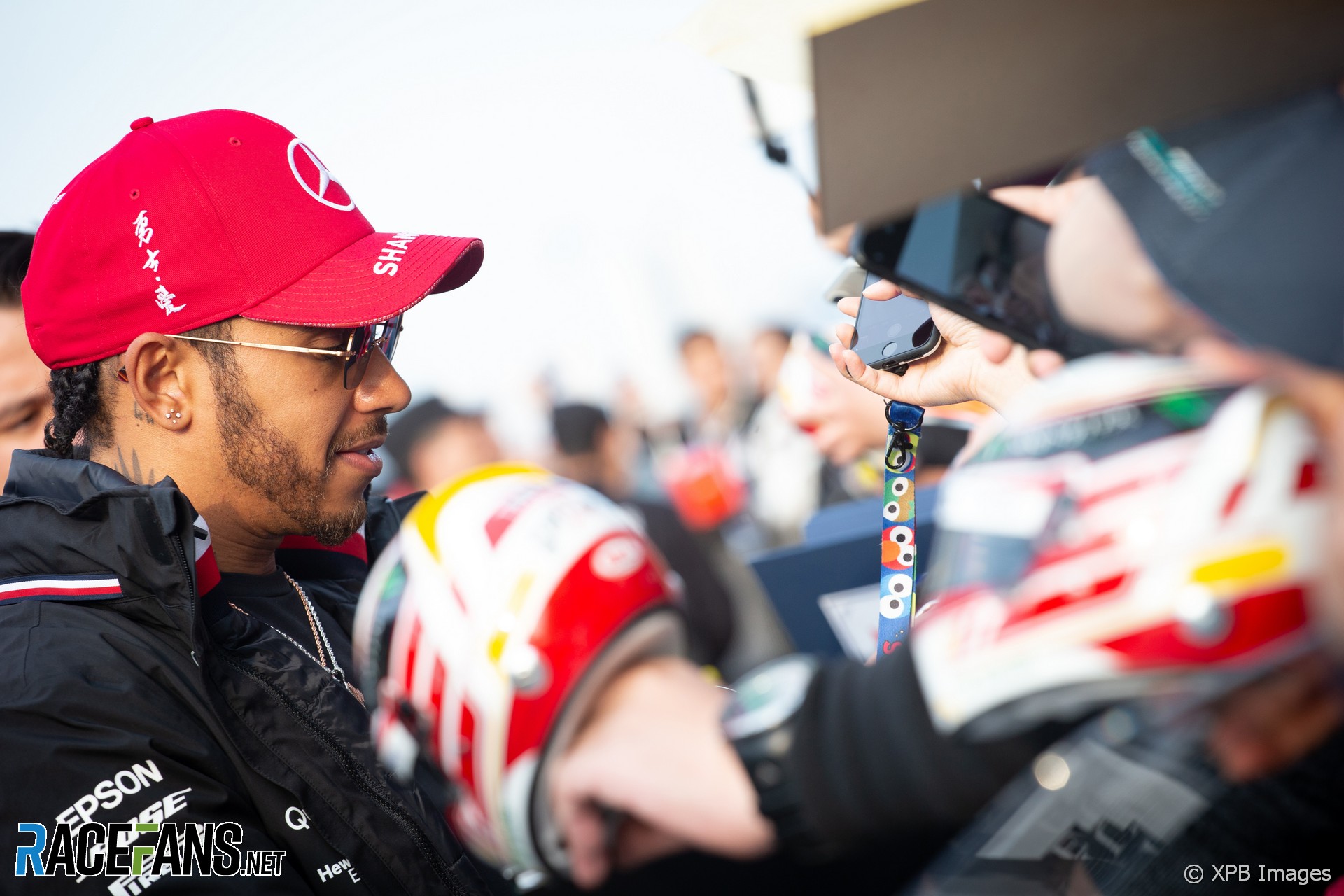 In the round-up: Lewis Hamilton says the British Grand Prix promoters did the right thing by turning down the opportunity to move their race to April in order to hold the 1,000th round of the championship.

Hamilton was asked whether he would have preferred Silverstone, which hosted the first round of the world championship, to host the 1,000th race:

It doesn’t matter if it’s the 1,000th or the 2,000th or the 10,000th, it’s an irrelevant figure for me. And I’m glad it’s not Silverstone right now because the weather’s not particularly great back home in the UK.

I like the Silverstone grand prix where it is. Although I don’t know why they have it around Wimbledon every year, it’s probably poor timing in that respect. But the weather’s been good for the last few years at Silverstone which is great for the fans.

Asked if he has a special helmet design for the 1,000th world championship race, Raikkonen jokes "I wanted to have an open-face helmet but there was some regulations issues…"#F1 #ChineseGP pic.twitter.com/e7bJdTXWEr

"Moving dates is never something we considered seriously. It was thoughtful of F1 to give us first refusal on it."

Toyota boss: 'We'd rather build a prototype than a hypercar' (Motorsport magazine)

"F1 is most definitely not a level playing field but, most importantly, nor does it want to be. The myth and magic of F1 is its unapologetic elitism: it is the pinnacle of motorsport and teams have to be world class to be part of it."

"The programme, filmed at YouTube’s Space Studio, involved what is known in the industry as ‘influencers’, the electric series working with GOAT Agency to support their long-term ambitions."

"Other accidents that the SASG has investigated recently include the 2018 FIA Formula 3 World Cup race in Macau, where Sophia Floersch suffered a fractured spine after her car went airborne and left the track; and the 2018 Indycar race at Pocono, where a 200mph+ crash left Robert Wickens with severe injuries."