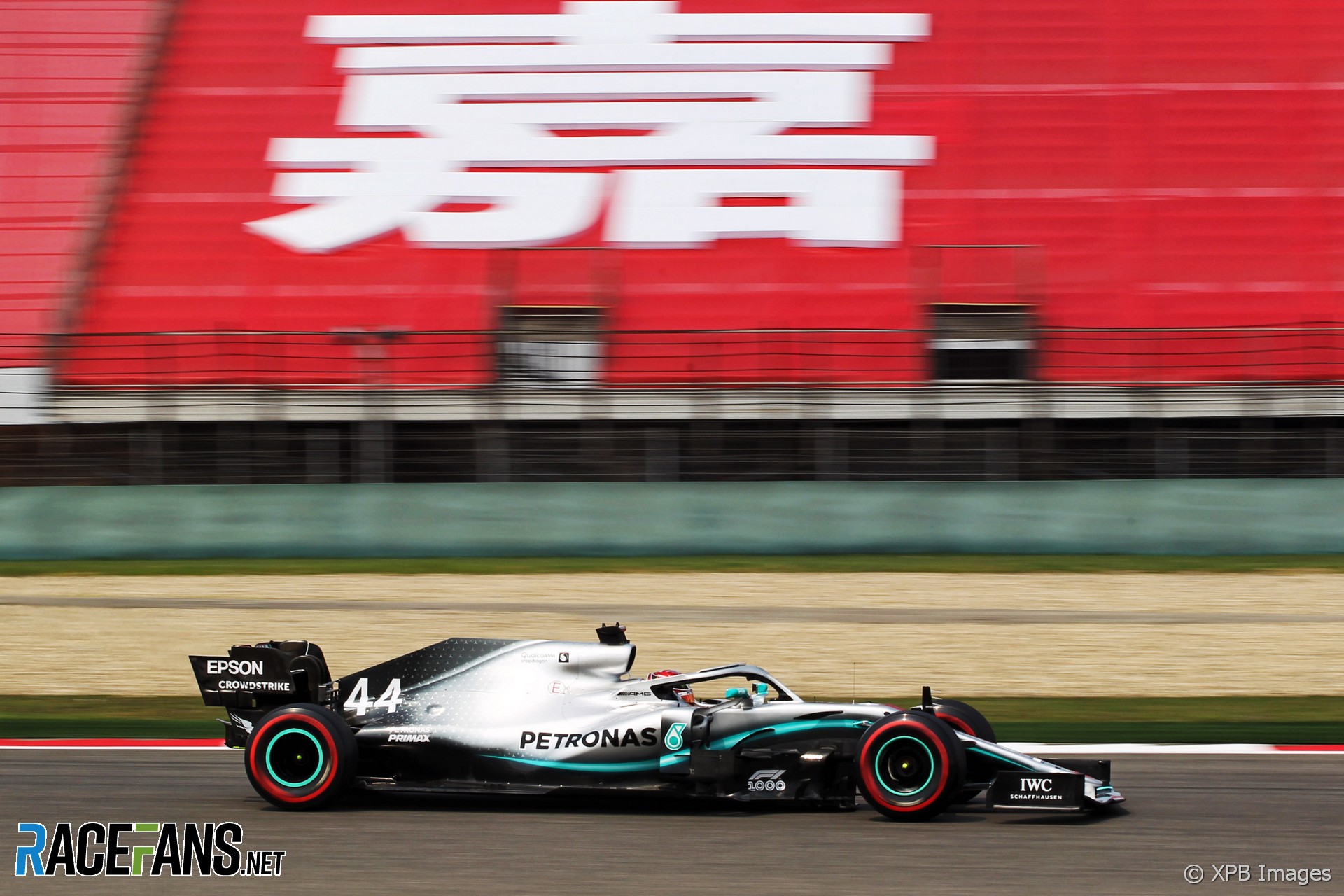 Lewis Hamilton says the Shanghai International Circuit is no longer “one of my strongest tracks” after a difficult first day of practice for the Chinese Grand Prix.

The Mercedes driver said his team mate Valtteri Bottas, who set the pace on Friday, was “a lot more comfortable in the car today” than him.

“It’s been just a little bit harder here with the temperatures and again I would just say the car in general is not that easy to drive. But we’re going to work tonight to find some tweaks and give it all we can tomorrow.

“This track’s gone from being probably one of my strongest tracks to not being such a strong circuit for me, so [I’ve] got lots of work to do tonight.”

Hamilton, who’s taken six pole positions and five victories at the Shanghai track, believes his discomfort is down to changes in how his car handles.

“The car is not the same as it [was]. Always shifting and it’s better in other places than it is other places each year. It’s just a part of the game.

“But obviously the car’s got the pace in it to compete at the front so I’ve just got to figure it out.”

Mercedes, Ferrari and Red Bull were covered by two tenths of a second in today’s second practice session. Hamilton expects a close fight for pole position but is wary of Ferrari’s superior top speed.

“They’re still quicker on the straights as we expected and that’s an area that we just can’t catch back up on,” he said. “I’ve not really looked deep into it but I think as you saw out there it’s very close between the top four or five cars and I anticipate tomorrow’s probably going to be the same.”