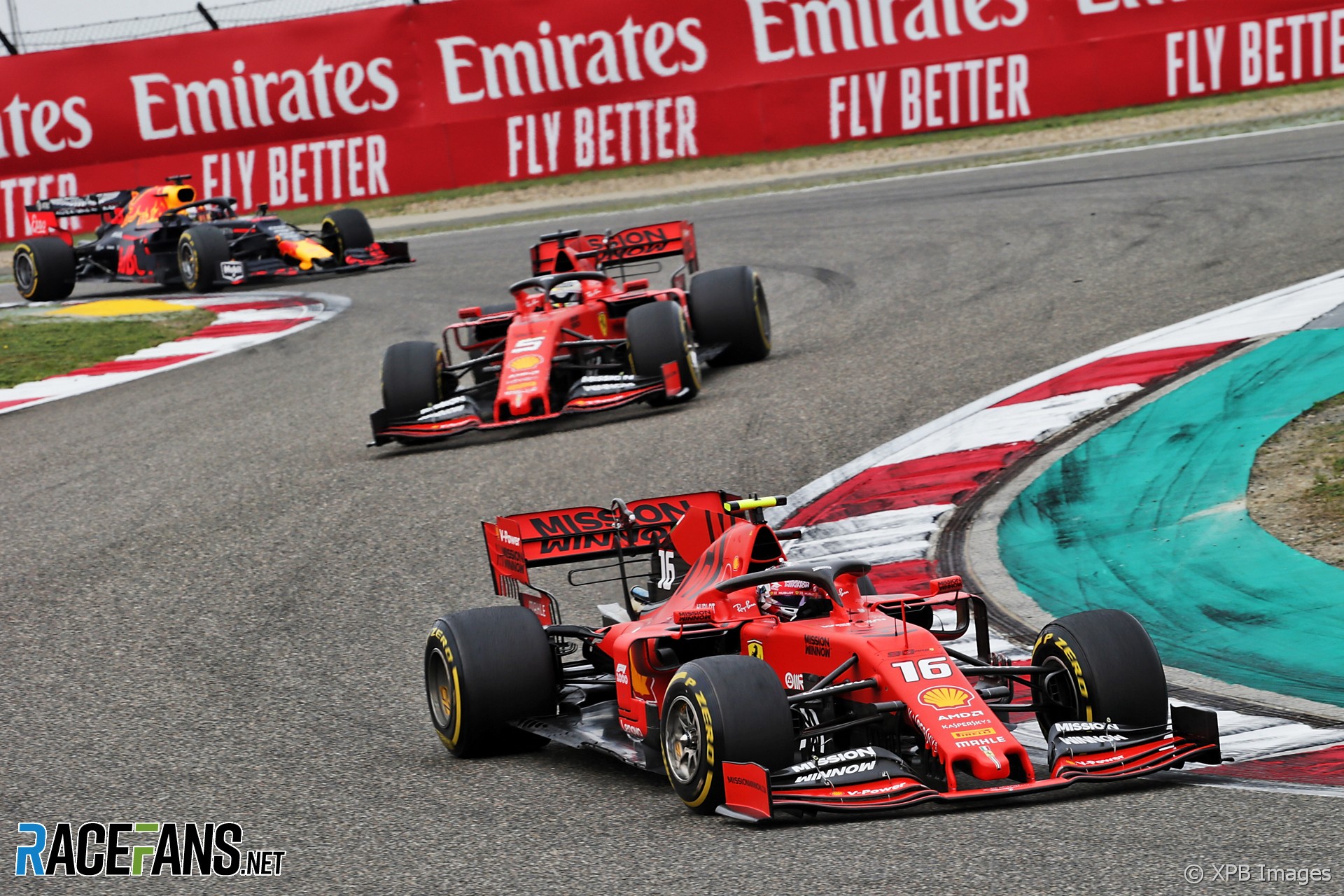 Ferrari team principal Mattia Binotto says the team made the “right choice” by telling Charles Leclerc to let Sebastian Vettel past in the Chinese Grand Prix.

Leclerc was ordered to let Vettel through during the first stint, but the change of positions left him vulnerable to Max Verstappen, who jumped ahead of him when they pitted and finished the race between the two Ferrari drivers.

Asked whether the team had made the correct call, Binotto said: “It’s always difficult to judge.

“We tried everything we could not to lose time on the Mercedes ahead and that was among the only chance we got at the time. So we tried, it didn’t work, but I think it was right anyway to give that chance to Seb. I think as a team we did whatever we could.”

Binotto admitted it hadn’t been easy to give the instruction.

“Certainly it’s difficult as a team to give the order because we understand the drivers, they need to battle to stay ahead as much as they can. It was certainly not an easy decision.

“I have to thank Charles I think the way he did it I think he is again showing he is a good team player. But I think there will be a time that the situation will maybe simply inverted. I think as a team we need always to maximise the team points. In that respect I think we simply did the right choice.”

Leclerc, who let Vettel by two corners after he was told to, said he accepted the decision.

“Obviously being in the car it was a bit frustrating,” he said. “But on the other hand I am well aware that in the car you don’t see much of the full picture of the race. So then I just accepted it, did it, and focused on my race.”

Immediately after the race Leclerc said he did not want to comment on the team’s tactics until he had discussed it with them. Following the post-race debrief he said Vettel had been unable to pull away from him quickly after they swapped positions because of damage to his tyres.

“It was not an easy situation,” Leclerc explained. “I was obviously struggling with tyres. We both were.

“At the time it just felt like Seb was quicker. But obviously being behind me for some laps he also damages his tyres and when he went in front his tyres were probably also damaged.”