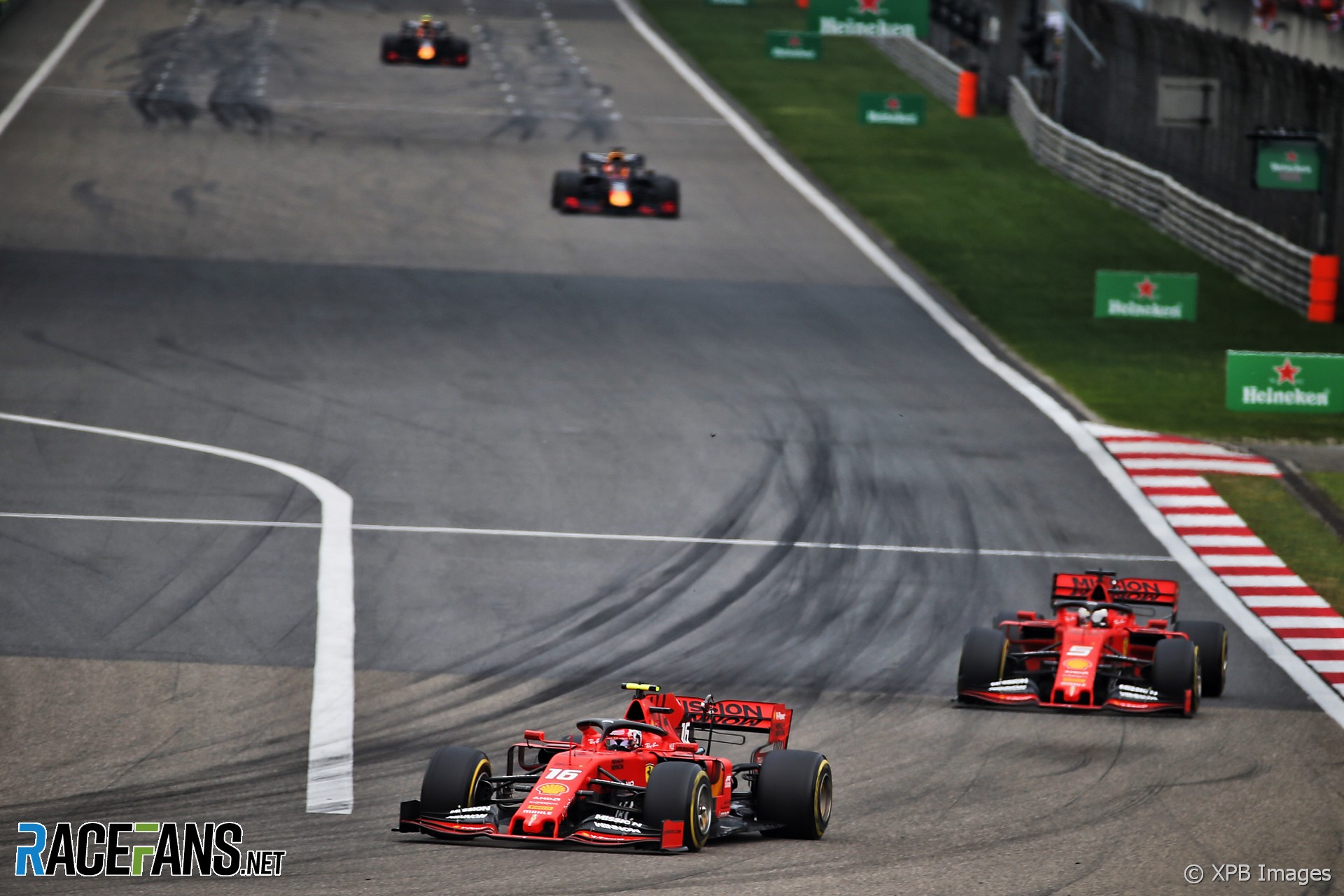 Charles Leclerc says he wants to understand exactly what was behind Ferrari’s team orders calls in the Chinese Grand Prix before making any “silly comments” about their decisions.

He finished the race fifth having been third at the end of the first lap. Leclerc was told to let Sebastian Vettel through during the first stint. That left him vulnerable to Max Verstappen, who jumped ahead of him during the pit stops and stayed there.

Leclerc said the first stint was “a little bit messy” and he wants more information about Ferari’s tactics.

“It has not been a great race for me. Overall the weekend has not been as strong as I wanted driving in quali was OK but FP1, FP2, FP3 and also going in the race without any mileage on the high-fuel runs was not ideal. Overall today was not a good day but we’ll come back stronger.”

Leclerc ran long before his second stop and briefly delayed Valtteri Bottas, which he said was also a tactical decision by Ferrari.

“If you look at my own race I think obviously we [should] have pitted earlier. If you look at the [team’s] race I think they did the right thing trying to slow down the Mercedes for Seb to come back which I believe was the target.

“It didn’t work but it was the target so at least we tried and we will look forward now.”