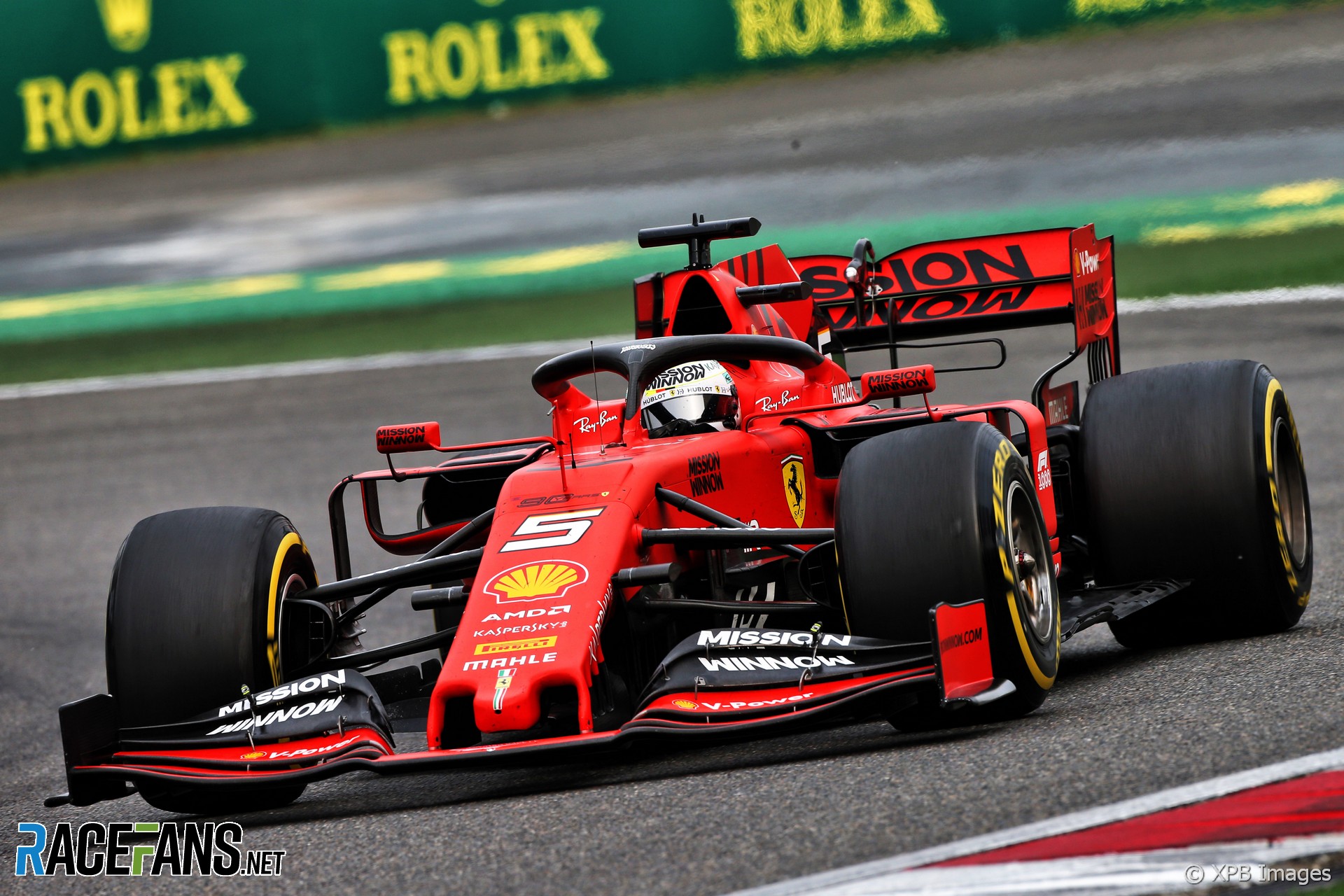 Ferrari’s car is “very strong” but the team hasn’t figured out how to “unlock” its potential yet, according to Sebastian Vettel.

The team’s performance has varied since the beginning of the season. The SF90 looked like the car to beat in pre-season testing but the team were soundly beaten by Mercedes in the season-opener. Ferrari were stronger in Bahrain, locking out the front row before hitting trouble in the race, but were not a match for Mercedes in China.

Vettel admitted he still wasn’t fully comfortable with the car in yesterday’s race.

“We have a very strong car, there’s nothing wrong with it, but I think we’re not able to yet put it in the window,” he said. “Especially for myself, here and there, I’m not entirely happy yet compared to where we started off.

“Obviously the three tracks we’ve been to now are quite different, the conditions we had are different. But I think we start to see a sort of pattern and understand what, especially throughout a grand prix distance, what we need, what I need, to really unlock this car.

“I think these couple of weeks and the next weeks will be very important for us to understand where we need to go in the next months. Clearly today we were not as fast as Mercedes. Bit of a shame we couldn’t get third and fourth but overall I think we optimised. There were stages in the race where we were strong, and stages of the race where we were weaker compared to where we wanted to be.”

Mercedes’ advantage over Ferrari in China was not as great as it was in Australia, and Vettel said they had seen “nothing that shocks us” from their rivals.

“Obviously Mercedes had a good run with the first three races. I think in Australia we struggled with the conditions, and probably set-up. I think we learned our lessons for Bahrain, it was a lot better.

“Still, here and there, there are some parts of the race where we are too weak and I think it showed again this weekend.

“I think we can be very happy with where we are on the engine side. It seems to be strong. I think overall our car is working and there’s nothing wrong with it – but I think it’s just about placing it in the right window and then being able to extract the performance that the car has, which I think Charles was able to show in Bahrain more than myself.

“It seems to be there somewhere but at the moment seems to be a bit more difficult to find where it is, to be able to be a fair match to Mercedes at this point.”