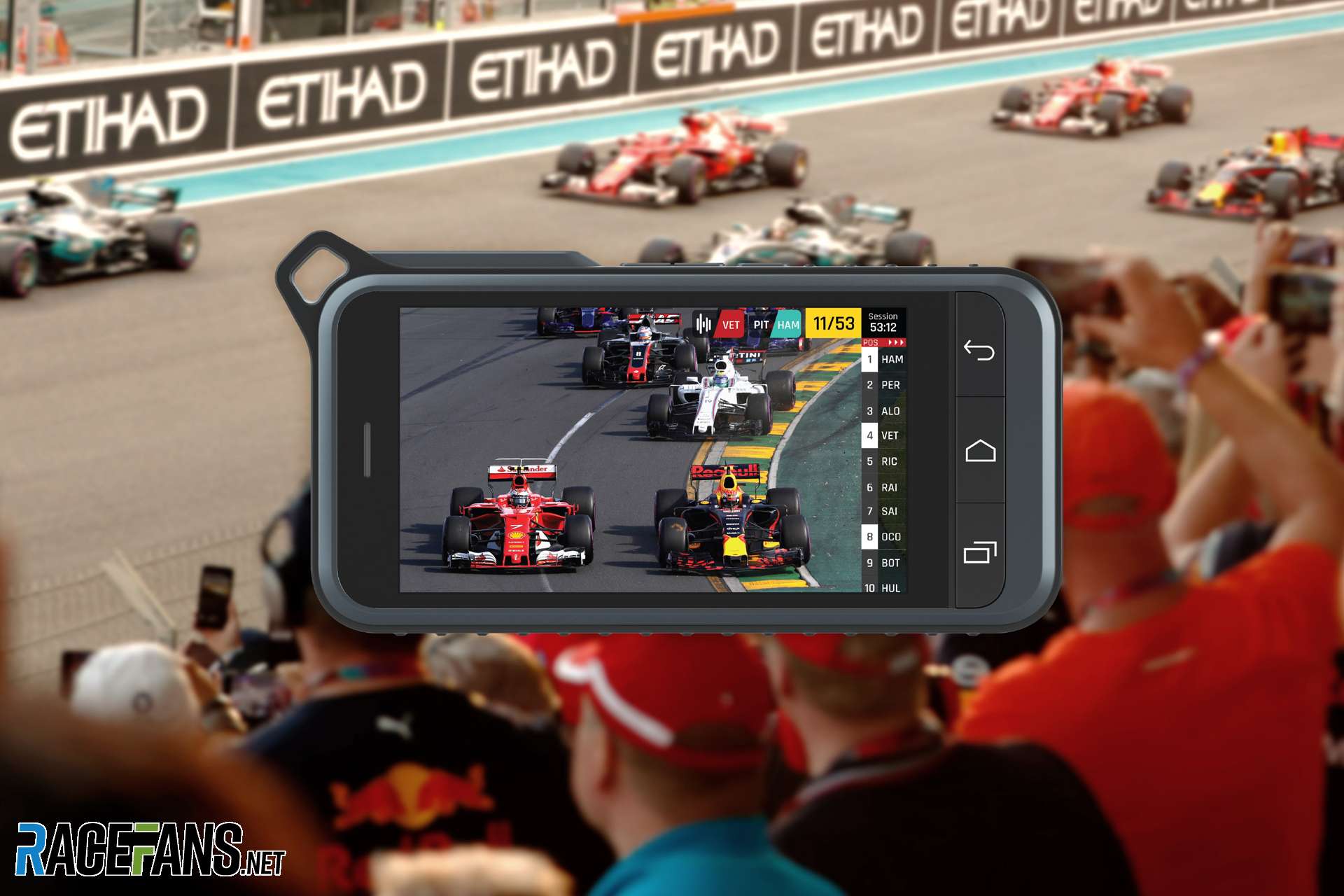 Formula 1 has stopped offering F1 Vision devices to fans one year after bringing back the product, which was previously called FanVision.

The handheld devices were offered for rental by spectators at most races last year. F1 Vision offered live video feeds during the event and allowed users to listen to drivers’ radio messages.

An F1 Vision representative confirmed to RaceFans they would “only doing select financially viable races this year” and that at present a deal had only been agreed for the United States Grand Prix.

F1 Vision was offered to fans under the FanVision name in 2011 and 2012. A Formula 1 spokesperson confirmed it is looking into alternatives to the product.

“In 2018 we brought Fan Vision on board under the F1 Vision brand aiming to enhance the experience of our F1 race attendees,” said F1 in a statement issued to RaceFans. “With its improved technology and enhanced operation system we fulfilled thousands of clients.

“During this period we have gathered very interesting intel from ours fans towards the product itself and have come to an agreement that we won’t offer the F1 Vision product during the 2019 season.

“We are planning on restructuring this offer and working towards the next generation product companion for race attendees. Different options are being looked at around better connectivity at tracks, prioritising usage of smart phones ahead of external devices.”

RaceFans understands various alternatives are under consideration, one of which is the Vogo Sport platform. Instead of requiring dedicated hardware, Vogo delivers footage from events to users’ mobile devices.

The company demonstrated its technology at a Formula E round in 2017:

22 comments on “F1 Vision disappears again, one year after return”