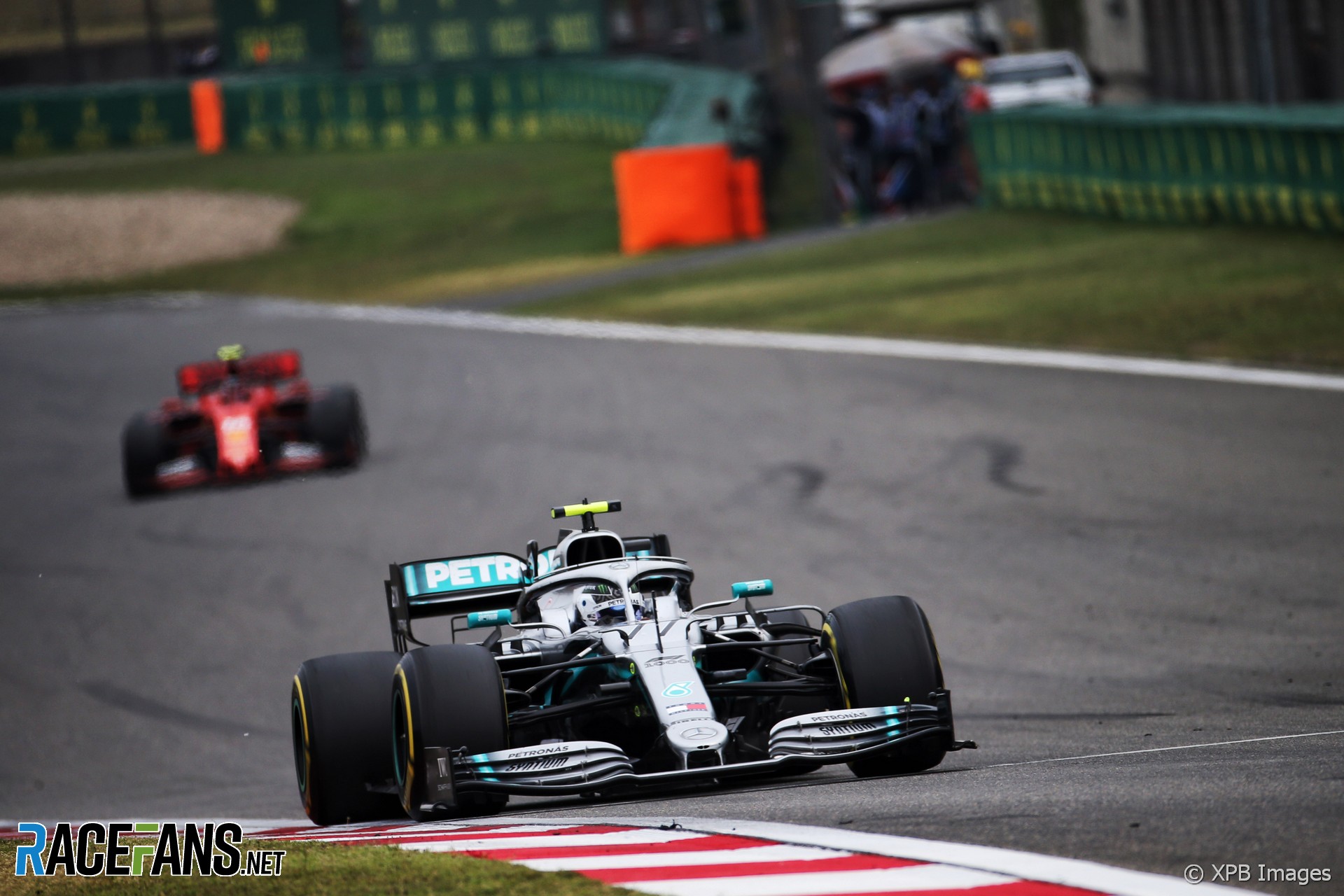 In the round-up: Valtteri Bottas says the aerodynamic changes to this year’s Formula 1 cars has made it easier to follow other cars more closely.

I think it’s a little bit better. The good thing is the car’s not doing anything funny when we are following, it’s just general loss of downforce.

Last year there was a bit more movement in the car. So it is a bit more stable. You still lose a lot of grip from the downforce because the cars now have more downforce than last year and obviously when there’s no air to make the wings work, you lose grip.

Check out this awesome time-lapse of the #McLaren66’s creation at McLaren HQ in Woking. 👀🤩 #RoadToIndy pic.twitter.com/AbMtwG7IcR

I’ve been asked this quite a lot lately. Sadly our program does not include the #IndyGP. It’s an entirely different event requiring separate funding from what we have for the #Indy500. It would also take another chassis because we wouldn’t want to run our oval prepped car. 👍 https://t.co/5c1lSfjKKw

This weekend, the @FARacingTeam made their 2019 debut with @RenaultSpSeries at Monza!

Bell Racing is honored to be a proud partner of @Alo_Oficial and the entire @FARacingTeam!

Brawn: ‘We want innovation in F1 without becoming gimmicky’ (The Guardian)

"In my new role, the history and heritage of the sport is a key element. This will reflect in the designs of the new cars, the rules that evolve and the circuits we will race on. We want to find the right balance of innovation without becoming gimmicky and losing our values."

"I made my life a bit harder, missing the second attack mode,” Evans continued. “It must have been really close, I was thinking I was just getting it under control and then I go and do that and I thought “you are an absolute idiot”. But I had so much pace in the car, the car was really quick, so I was not worried but once I got the second attack mode I thought “right we have got this now”."

"Ferrari like having clear number one and two drivers and have a history of team orders, many controversial. Because of this they are judged more harshly than their rivals. But they have made a tremendous mess so far in 2019. "

"The problem for Ferrari is that they are treating Leclerc like a number two, but he is very clearly much more than that. Many suspected he would prove a stiff challenge for Vettel this year, and so it is proving."

Sebastian Vettel is already too far behind for a comeback to be realistic, says @Hobo:

Not to throw out the season yet, but Hamilton’s 31 point lead over Vettel is larger than any point deficit Vettel overcame in 2018.

If my maths are correct:

• The largest point swing Vettel made in 2018 was 25 points, which took five races and included a Hamilton retirement. After Spain and heading into Monaco last season, Hamilton was up 17, and after the British GP Vettel was up 8. That was erased in the next race by Hamilton when Vettel retired.

• The biggest swing Vettel made in 2018 without a Hamilton retirement was 18pts, Spain to Canada. That was during Ferrari’s better half of the season.

• In 2017, the largest points swing Vettel made was 25 points between Bahrain (tied going into the weekend) and Monaco (Vettel 25pts ahead after the race).

Even if we were to say the cars this year are about even, some tracks favor each, there is nothing outside of reliability or Mercedes going down a development dead end (a la Ferrari last year) that appears to allows Vettel to come back. I’ll be happy to eat my words should that happen because I’d like to see an actual title fight (even better if it is somehow Leclerc). But with the current deficit, even with only three races complete, I’m calling it for Mercedes – and I don’t think it’s a risky call.
@Hobo

25 comments on “Bottas: Following other cars is “a little better” with 2019 aero”