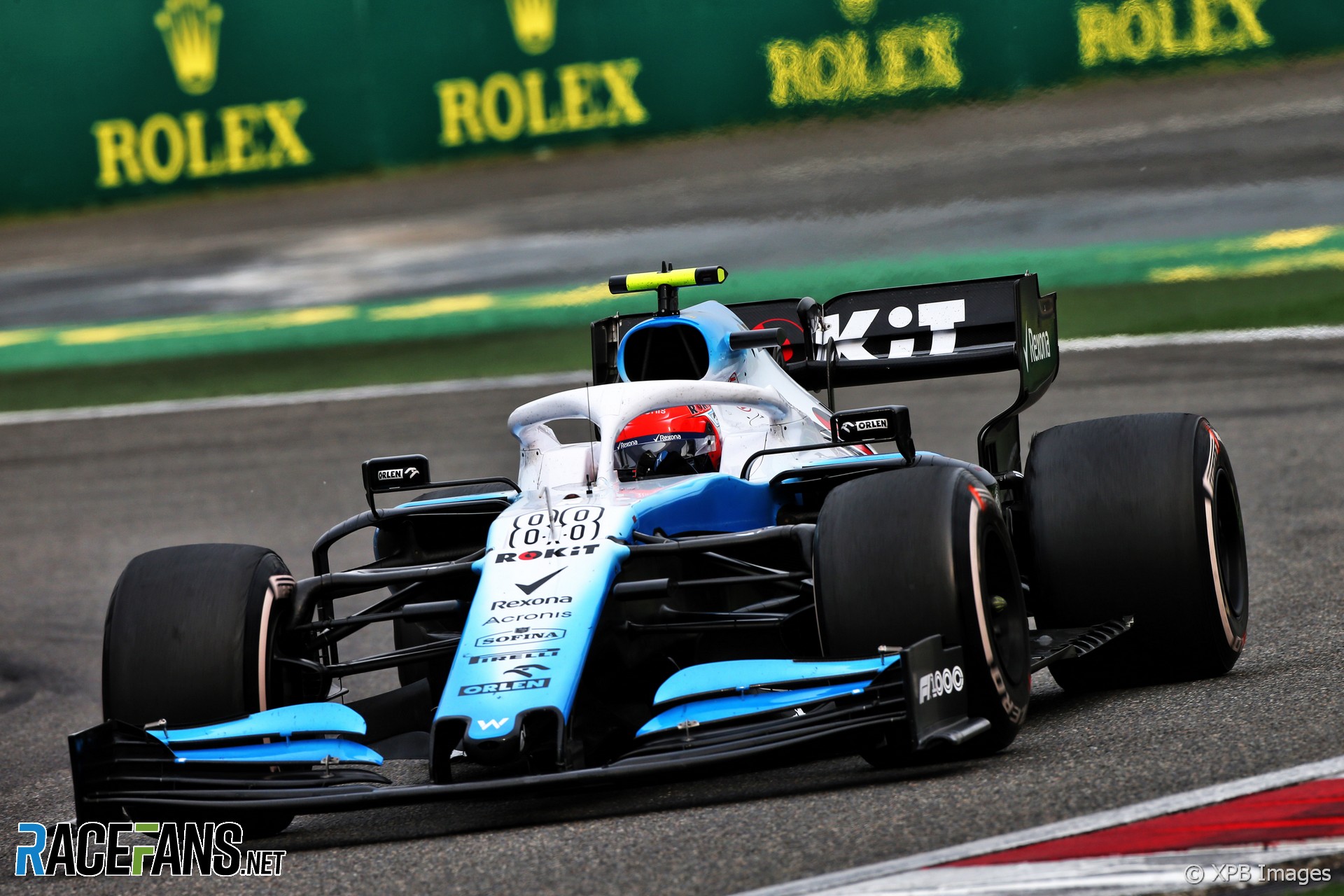 In the round-up: Robert Kubica says the behaviour of his Williams changed “drastically” between runs in qualifying for the Chinese Grand Prix.

[We had] quite surprising oversteer balance. We did not expect to have such oversteer which somehow in some way a bit of it can be explained by temperatures and conditions. But the other one we have to understand. Somehow from run to run even in qualifying the car behaviour changed quite drastically.

We did try to on the last run go slower on the out-lap and I think it wasn’t a great idea, or let’s say it didn’t work as we were expecting. The idea actually was good because there was reasons of trying to make the rear tyres survive for longer, I had to struggle less with oversteer, save the rear tyres on the out-lap to have better grip on the push lap.

But unfortunately then the consequence was that the car becomes wider apart [from] the balance and more difficult. Actually when I thought there would be an advantage and I felt it was coming towards me at the end of the lap I gained a bit of lap time into 11, 12, then into 14 I tried to force a bit, maybe too much, and I arrived into 16 and paid a high price for it as I turned in and lost the rear of the car so I lost a bit of the lap there.

[On] the third run I think both of us were struggling with general balance of the car. It’s always like this when you fight for grip and you are always on the edge of the grip. It’s a question of trying to find the sweet spot but it’s difficult when actually probably you are already on the limit.

Chinese fans asked Vettel to take some photos with them but the light wasn't good (in the evening), so he adjusted the position of his Ferrari road car to make the spot they would take the photos brighter.

F1 commercial director Sean Bratches met with representatives of six local governments in China about the possibility of holding a second round of the world championship.

"We want to see Aston Martin, Ferrari, Porsche in road-going hypercars. I think that’s what the fans want and what we want to race against."

"It’s the combination of a city race — we’re in the city center — a street race which always has some special elements to it and a track that I think we’ve really had the opportunity to work (on) from day one."

Dave is disappointed to learn F1 Vision won’t be back this year:

Huge shame, I got one of these for the Austrian GP last year and it was an excellent addition to the weekend. Having access to raw radio feeds was particularly welcome, as was commentary for the support races.

Belgium the year before was at a huge loss without it as the trackside commentary was 90% French and 10% English (understandable!), but with terrible 4G signal we struggled to get an English commentary stream online that wasn’t five minutes behind the action.
Dave