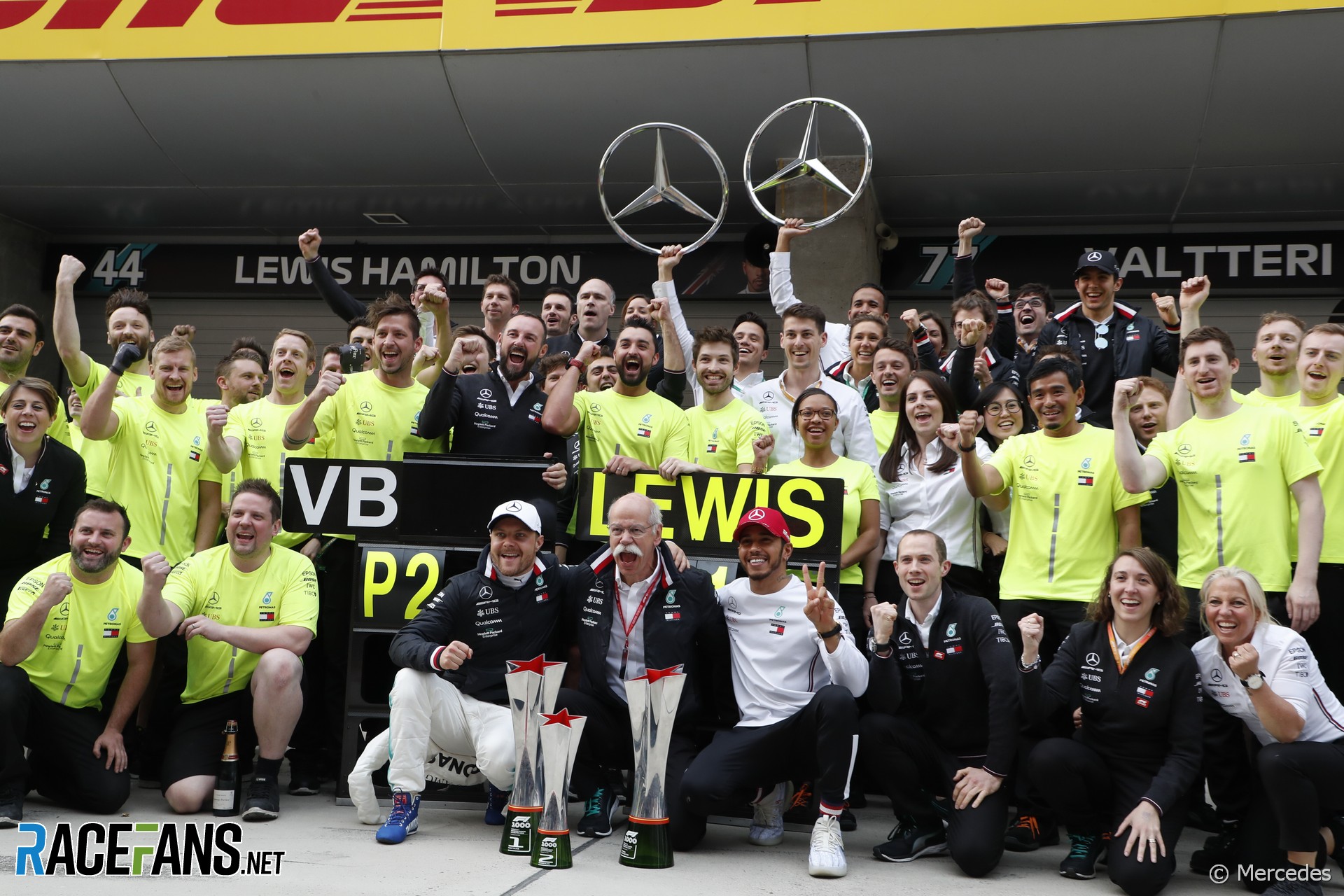 Mercedes team principal Toto Wolff says the team’s three consecutive one-two finishes in the opening races have come despite the team not always having the quickest car.

However Wolff, who has consistently talked up the performance of rivals Ferrari, acknowledged that was not necessarily a “very popular” point of view.

He said his team only started to look competitive on the final day of pre-season testing.

“It didn’t look good,” said Wolff following Lewis Hamilton’s victory in China. “We weren’t where we expected to be in the first testing sessions.

“Then we came back with our race one aero package [at the second test] which we hoped would have a real impact on the car’s performance and it didn’t on the first two days. And on the third day we kind of found the right set-up direction and on the fourth day we were able to post a time that was encouraging but no more.

“Then obviously Melbourne came as a great surprise when everyone let their pants down that our performance was good enough. And then we got caught out. We came to Bahrain and we weren’t fast enough. It is very much a rear-limited track with the most aggressive asphalt in the calendar and Ferrari was the one that should have won the race in terms of pure car performance.

“So these things I think although we have scored three one-twos I’m saying again and maybe that’s not very popular but I think that this is not what we’re seeing in the picture. The Ferrari is very strong and we expect this fight for pole position and consequent race wins to continue.”

Wolff said Ferrari appeared to be closer to Mercedes’ pace on Friday in China. “I think we had good race pace on Friday but it wasn’t a completely dominant picture. It was solid, we had a tiny edge over Ferrari, but not what we’ve seen [in the race].

“I think the work we have done for the race has been good. The car is solid on the tyres and especially in Shanghai a different track to Bahrain, we were able to have the right package.”