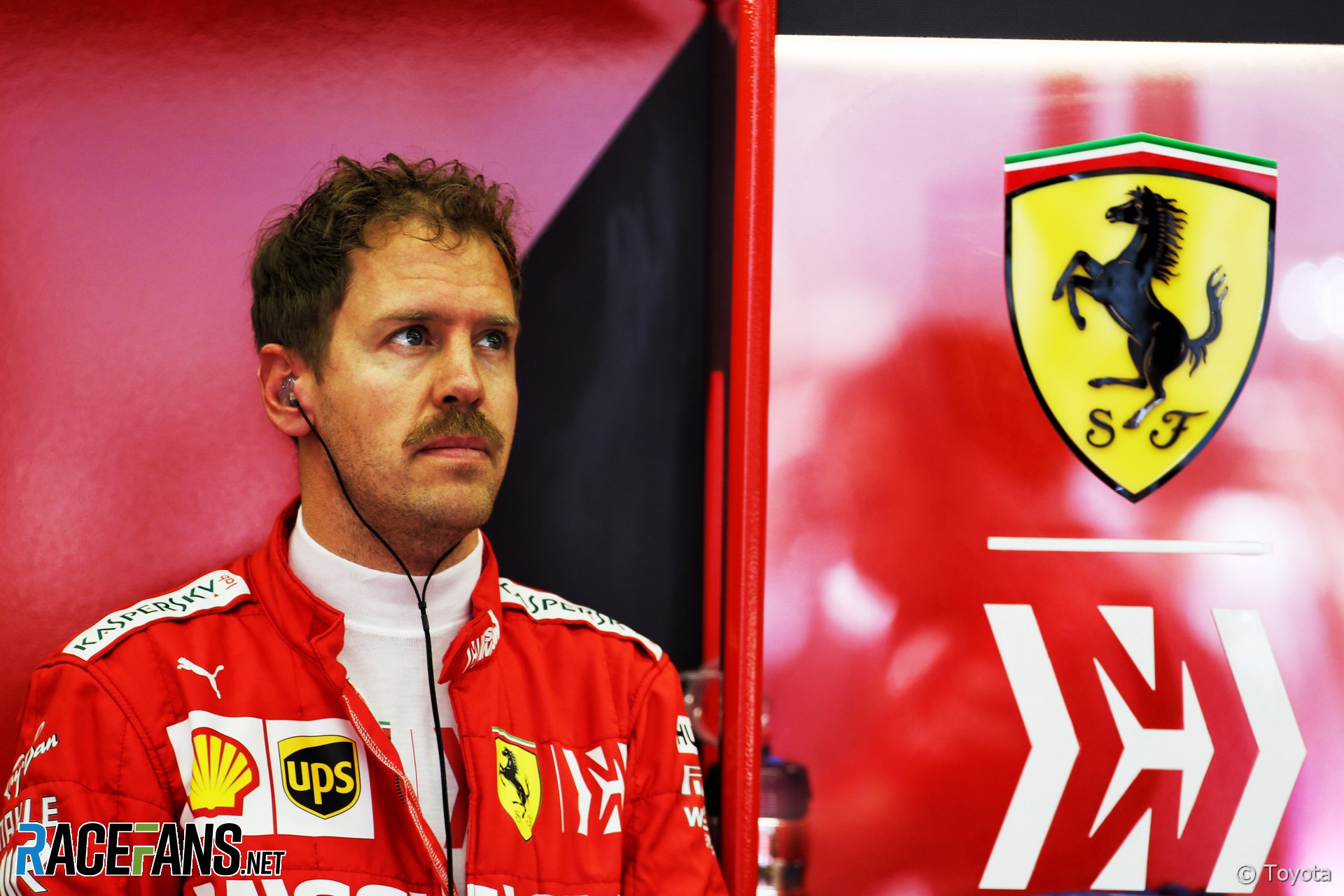 Three races into the 2019 F1 season, Ferrari have used team orders in all three rounds to aid Sebastian Vettel at the expense of his team mate.

Team orders is an emotive subject and Ferrari’s decision to use them has prompted much debate, not least here on RaceFans.

Was the call to move Charles Leclerc aside for Vettel fair on their younger driver? Did it help or hinder the team’s overall progress in the race? And should such orders be used at all so early in the championship? Even ex-Ferrari drivers such as Gerhard Berger have weighed in on the debate.

But Ferrari’s policy doesn’t just raise questions about the team. It also reflects on Vettel in a way which is troubling for the four-times world champion, for the following reason:

Had it not been for Ferrari’s team orders in all three races this season, it is highly doubtful Vettel would have led Leclerc home in any of them.

At the last round in China Leclerc got ahead of Vettel at the start and, had the race run its course without Ferrari’s interference, it’s likely he would have stayed there. As the lead driver on track, Leclerc would have enjoyed the right to pit first, preventing Vettel from wielding the ‘undercut’ to his advantage.

Leclerc was indisputably quicker than his team mate two weeks earlier in Bahrain. He cruised up behind Vettel and was told by Ferrari to wait behind him for two laps. Leclerc thought better of that, and slipped past less than a lap later. Had it not been for a short circuit in his power unit which later demoted him to third, Leclerc would have won, while Vettel spun his way down to fifth place.

At the season-opening race in Australia, Leclerc’s debut for Ferrari, he understandably showed more regard for the team’s instruction to stay behind Vettel, when the pair met on-track around 10 laps from home. But you only have to look at the pace difference between them to see how easily Leclerc might have passed. Having dropped back from his team mate, Leclerc let rip on the final lap, scorching around Albert Park almost four seconds faster than Vettel, leaving no one in any doubt the reason he finished behind his team mate wasn’t because he couldn’t overtake him.

Leclerc should be third in the championship, immediately behind the two Mercedes drivers. If Ferrari hadn’t decided to favour his team mate in every race this year, he would be. Instead the closest threat to Mercedes is not a Ferrari, but Max Verstappen’s Red Bull.

Ferrari’s rationale for backing Vettel has some logic to it. As team principal Mattia Binotto said in the build-up to the Chinese Grand Prix, “he won four championships” already and “he is the driver who has got the most probability to challenge for the title”.

That may have been true in bald statistical terms on the eve of the new season. But Leclerc has patently been the superior driver so far. This has made Ferrari’s decision to favour Vettel because he is more competitive a self-fulfilling prophesy: He is only ahead of Leclerc in the championship because Ferrari believe he should be.

“I think I can do Hamilton’s pace” said Vettel more than once in China while waiting for Ferrari to move Leclerc aside. Once they were swapped, Vettel dropped back from the Mercedes at a faster rate than his team mate had.

Before he is to have any hope of beating Lewis Hamilton to this year’s world championship, Vettel must prove he can beat Leclerc first. He hasn’t done that yet.

147 comments on “Beat Hamilton? Vettel hasn’t proved he can beat Leclerc yet”