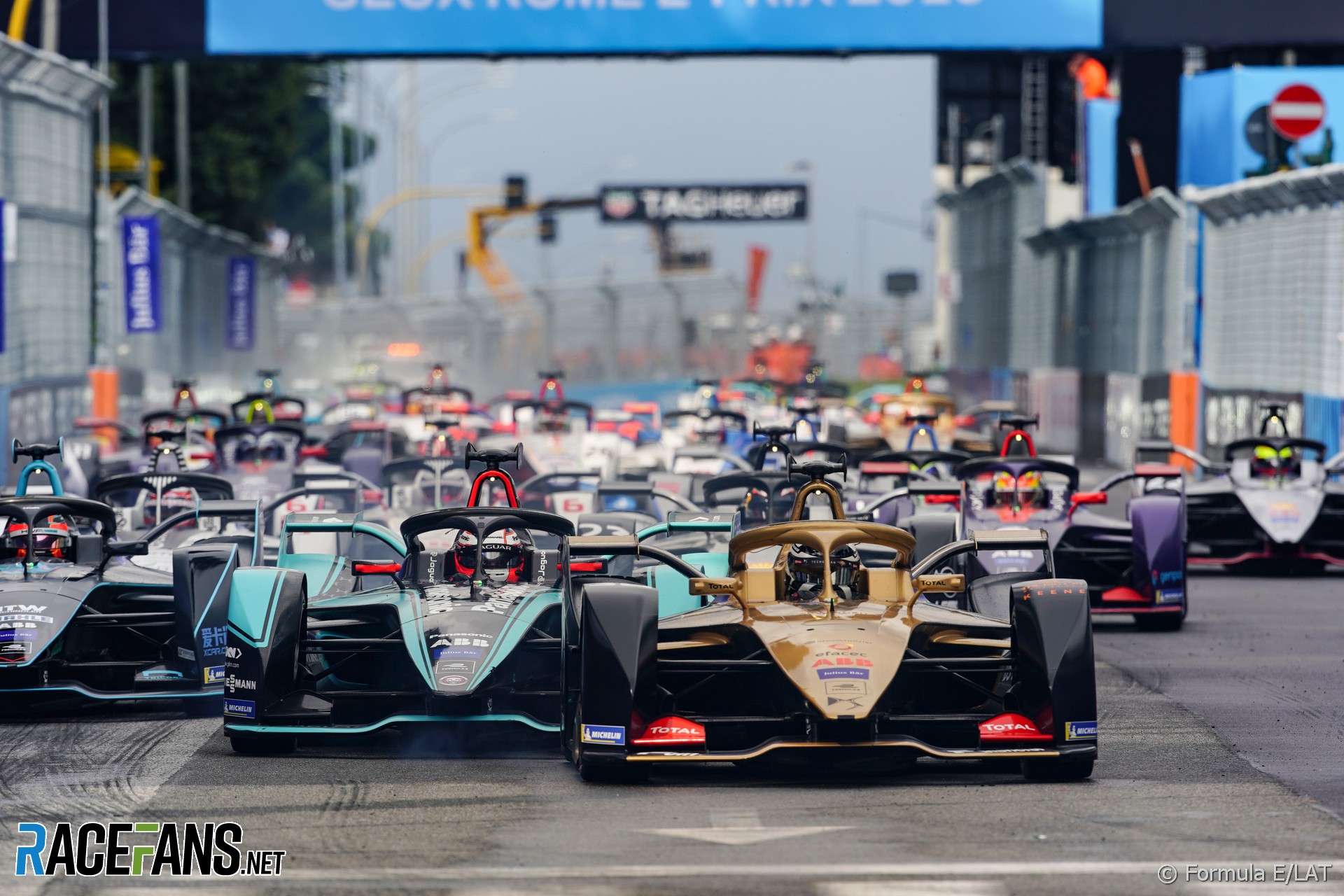 Formula 1’s current V6 hybrid turbo engine format has been in place since 2014. Teams debated whether to simplify the devices from 2021, but eventually decided to keep the same, largely unchanged format.

But as more car manufacturers invest in bringing electric cars to the market is it time F1 considered a radical change and makes plans to drop petrol power completely?

But if the world’s engine builders see combustion as a technology of the past, will F1 have to consider doing something similar? Ross Brawn has said it could do within ‘five or 10 years’, and even Lewis Hamilton has recently said Formula E is “going to be the future”.

Can F1 afford to ignore electric power much longer?

Emissions taxes are pushing more car buyers towards alternatives to petrol and diesel. Governments are passing legislation to restrict the sale of combustion engine vehicles – some, such as Norway, as early as 2025.

As a result car manufacturers are ploughing billions into developing electric cars. If F1 wants to be able to retain its current manufacturers and introduce new ones it has no alternative other than to go electric sooner rather than later.

The internal combustion engine has always been part of F1 car design. There isn’t an alternative at present which would allow F1 cars to compete over current distances at comparable speeds.

Formula E already satisfies the need for an electric racing championship. Formula 1 should shift its focus away from technology and towards producing spectacular racing in dramatic cars, which means sticking with the internal combustion engine for now.

It’s hard to imagine many, perhaps any, new manufacturers entering F1 under the current engine rules. This contrasts sharply with Formula E, which by the end of the year will have Audi, BMW, DS Automobiles, Jaguar, Mercedes, Nissan and Porsche competing.

However there is no getting away from the fact that if Formula 1 went fully electric tomorrow the competition would change drastically. Races would have to become shorter or slower; or more likely a combination of both.

If F1 chooses to spurn a fully-electric solution, it may find itself unable to retain some of its current manufacturers, let alone attract new ones. In which case it may have to adopt an engine formula attractive to custom engine builders, and accept its days of attracting big-spending major car manufacturers are behind it.

This is a scenario those running the sport will be unwilling to contemplate. The failure to attract any new power unit builders for 2021 makes it obvious that a long-term strategy for replacing the current engine format with something more attractive to car builders has to take priority. Realistically, I suspect this is going to have to happen within the next 10 years.

When should F1 go fully electric? Or should F1 cars always include an internal combustion engine?

When should Formula 1 go fully electric?

198 comments on “Sooner, later or never: When should Formula 1 go fully electric?”