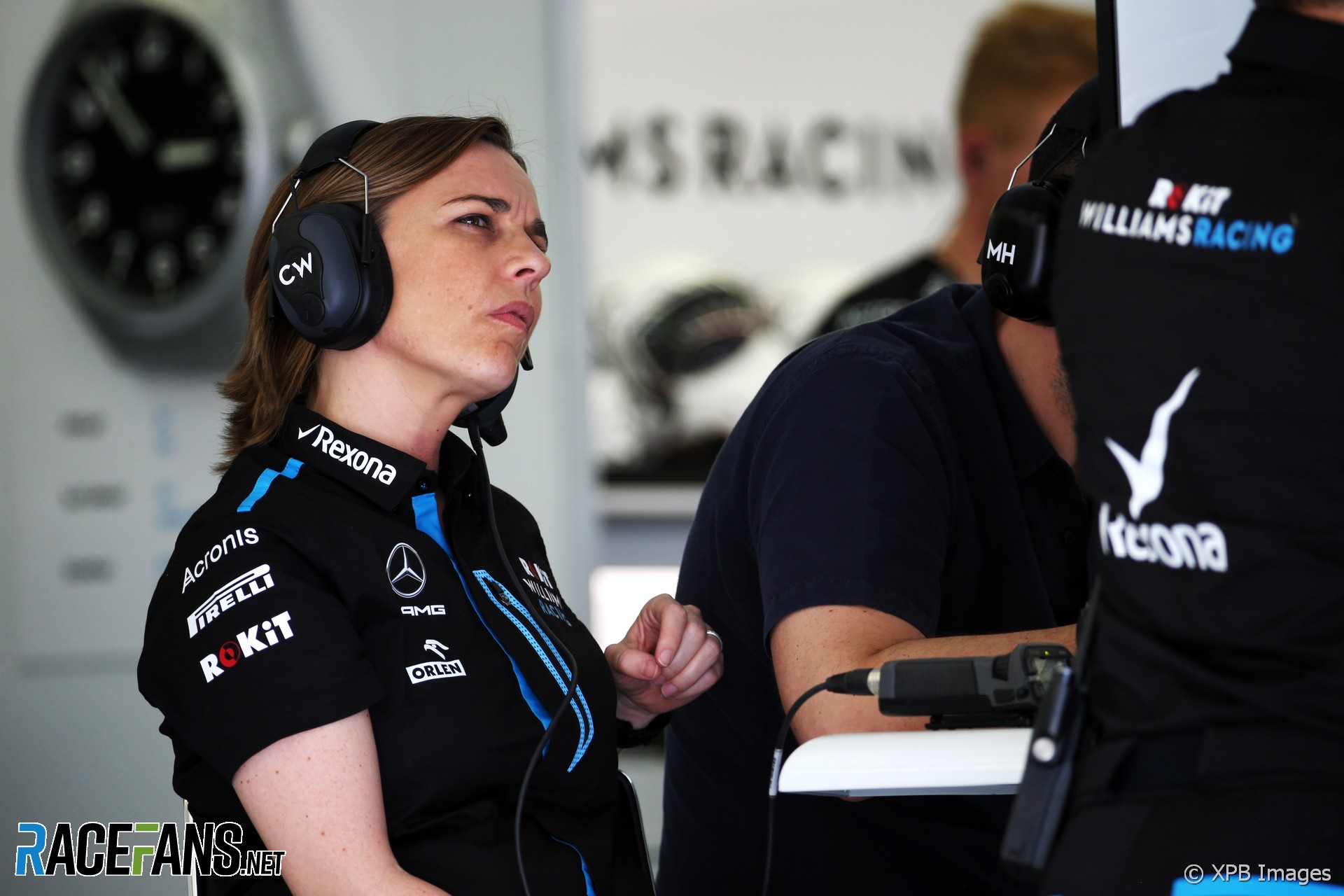 Williams deputy team principal Claire Williams says it is “not acceptable” that a drain cover was able to seriously damage George Russell’s car during first practice at the Baku City Circuit.

The first practice session was abandoned after Russell’s car lifted the manhole cover from the track approaching turn three, causing significant damage to its underside.

Williams said he driver was unharmed in the incident. “I haven’t had a chat with George yet, he looks alright from what I can see,” she told the BBC. “I think the car has got a lot of damage, though.”

The team began the season short of parts for its FW42 but Williams confirmed they have enough spares to fix Russell’s car.

“I think there’s inevitably going to be quite a lot of damage,” she said. “You can see from the TV that’s just taken the whole underside out. That is not helpful for us at the moment.”

Williams said she will raise the matter with race control.

“The circuit needs to make sure that their drain covers are bolted down properly. That’s just not acceptable. The damage that that can do could put us out this afternoon. We have another chassis that we might need to bring in. And that’s not what Formula 1 tracks should be.”

One of the team’s cars was also damaged by a drain cover at Baku during final practice for the inaugural race in 2016.