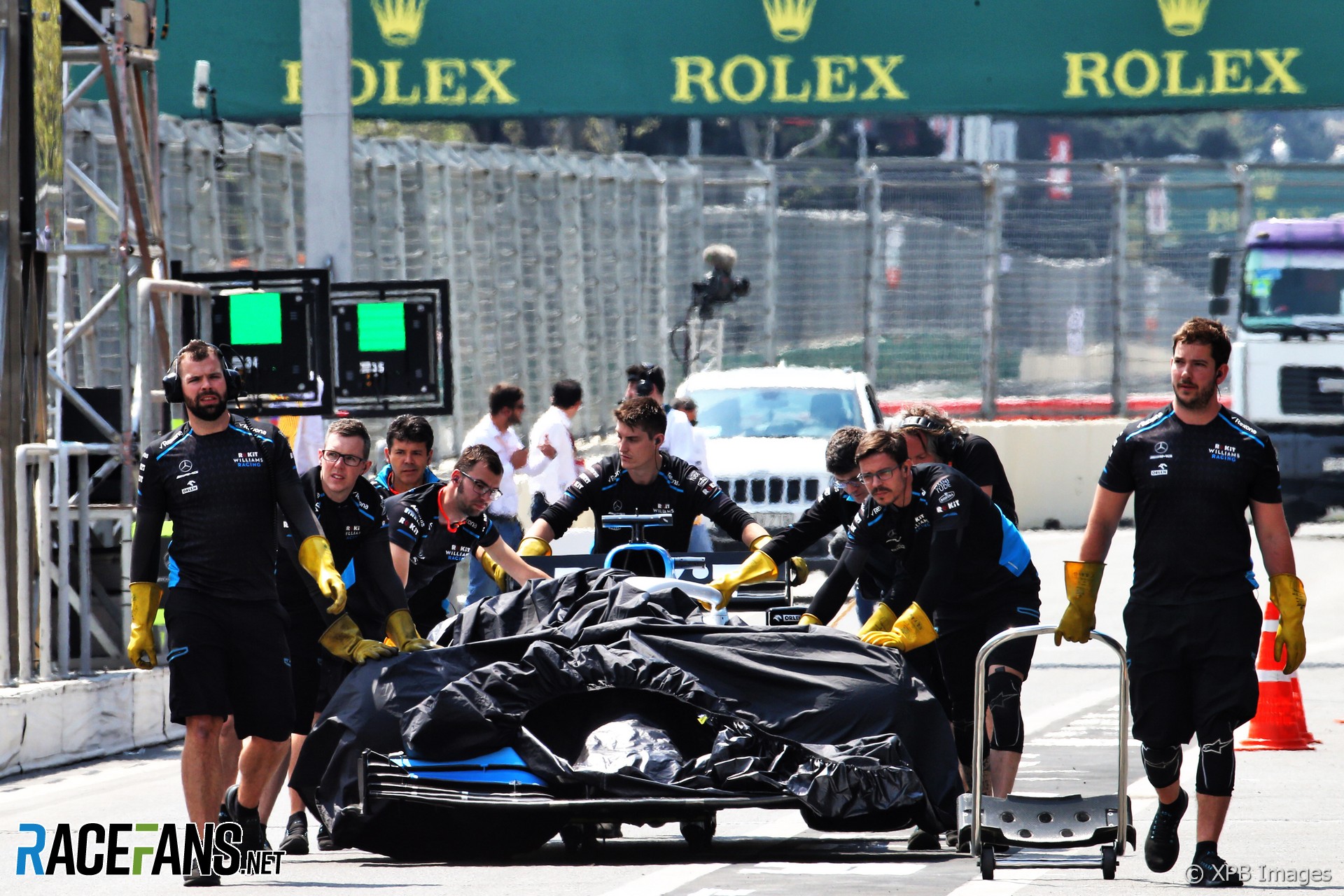 George Russell will be unable to resume his Azerbaijan Grand Prix practice until tomorrow after a drain cover damaged his car in first practice.

The Williams driver struck the cover as he was approaching turn three during his third lap of the track during first practice.

The impact caused significant damage to the underside of Russell’s FW42. The team has confirmed he will require a new chassis, which means he will be unable to run again until tomorrow’s final hour of practice ahead of qualifying.

Russell, who arrived in Baku suffering from a respiratory infection, was unhurt in the incident. However further damaged was caused to his car when the recovery truck it was placed on struck a bridge, and a damaged hydraulic arm dripped fluid onto its engine cover.

The practice session was abandoned while the other manhole covers on the six-kilometre Baku City Circuit were inspected. The qualifying session for the Formula Two feature race was scheduled to begin in 20 minutes’ at the track but has been postponed due to the ongoing checks.

The standard of building work at the temporary circuit was a concern during its first race in 2016, when several kerbs had to be altered following the first day of practice. Valtteri Bottas’s Williams was also damaged by a loose drain cover during final practice that year.

13 comments on “Chassis damage rules Russell out of second practice”