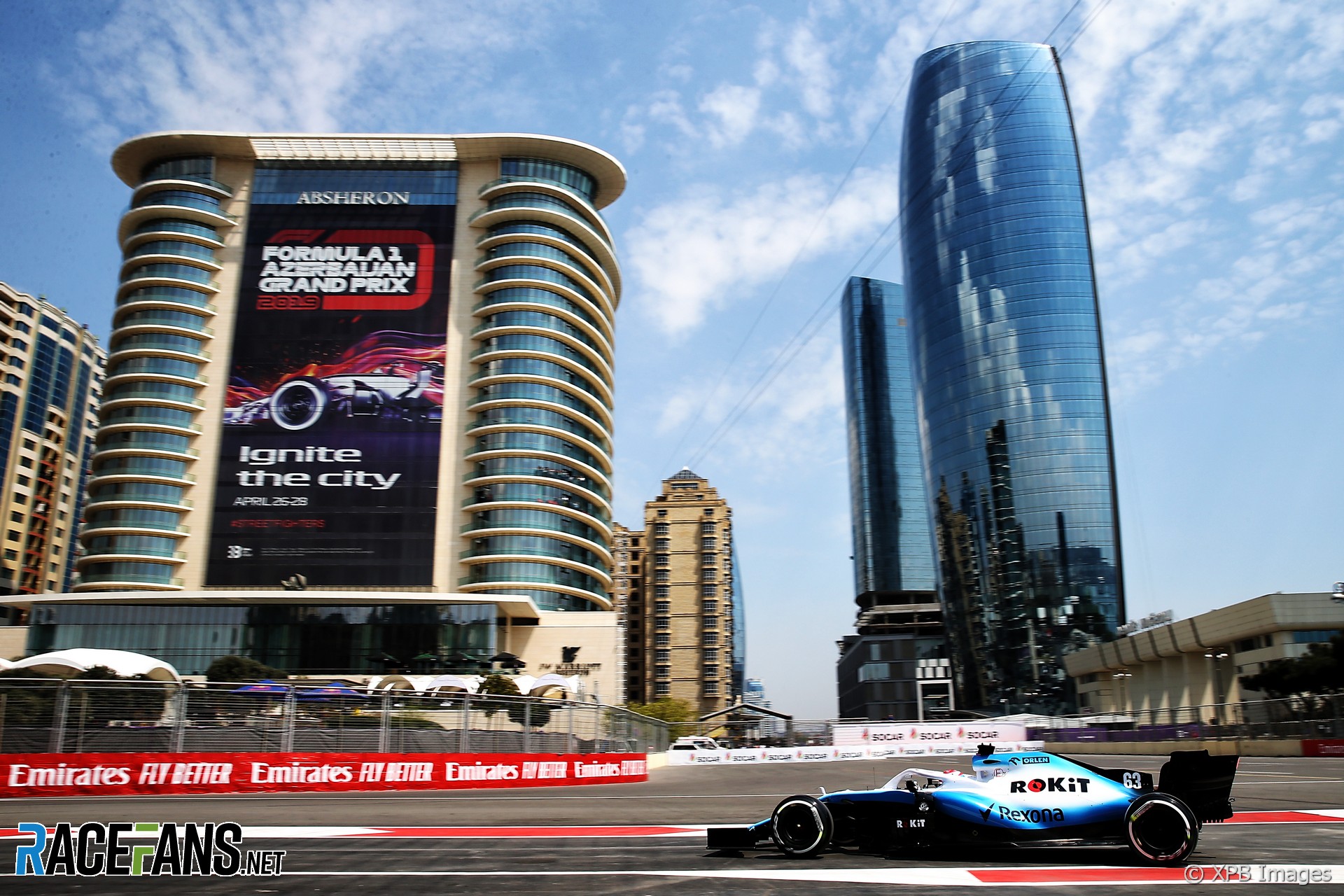 First practice for the Azerbaijan Grand Prix has been cancelled after George Russell hit a manhole cover during the session.

Russell struck the manhole cover on the straight between turns two and three shortly after the first practice session began. The cover caused significant damage to the underside of the Williams, forcing Russell to stop, bringing out the red flags.

The entire cover was lifted from the manhole in the incident, and following inspections the decision was taken to abandon the session with an hour left to run so all the covers could be checked.

A comedy of errors unfolded as the Williams was returned to the team. The car was loaded onto a recovery truck, which then struck a bridge, and spilled hydraulic fluid onto the FW42’s engine cover.

The Ferrari drivers were the only ones to set lap times during the session. The Mercedes pair did not even make it out of the pits for their installation laps before proceedings were halted.