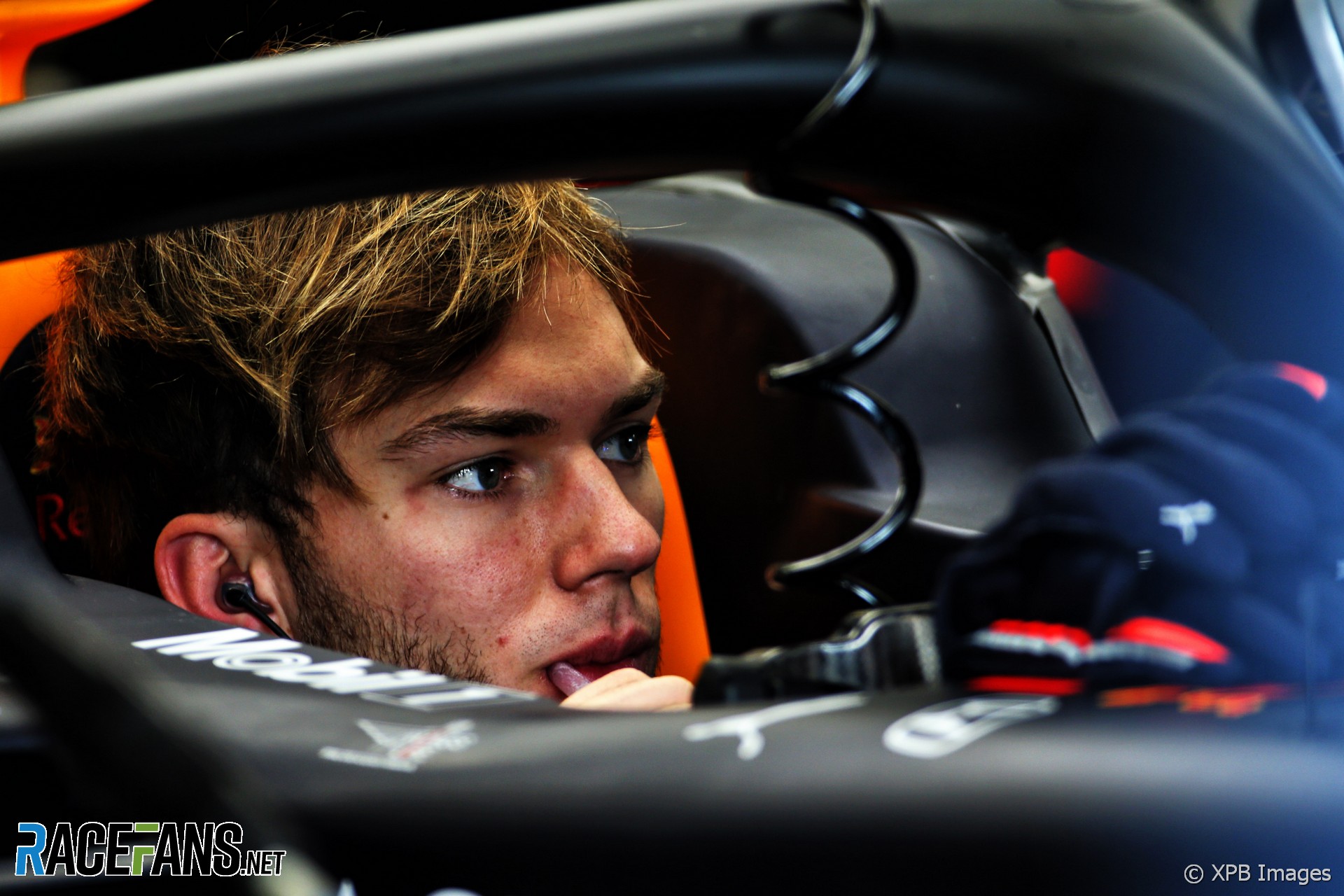 Pierre Gasly will start the Azerbaijan Grand Prix from the pit lane after failing to stop at the weigh bridge during second practice.

The Red Bull driver was found to have “failed to stop for weighing when required to do so” at the end of the session.

The stewards noted Gasly “drove on and proceeded to do a pit stop where the car was worked on by lifting the car and all four wheels were changed, in breach of Article 29.1 (a).

“Under Article 29.1 (a) the penalty for this infringement is specified to be for the car to start from the pit lane and we so order.”

Article 29.1 (a) of the Sporting Regulations states: “Any driver who fails to stop when asked to do so, and then fails to bring the car back to the FIA garage, or if work is carried out on the car before it is returned to the FIA garage, will be required to start the race from the pit lane.”

Gasly will therefore start outside the top 10 for the third time in four races so far this year.

The same infraction was committed by Formula 2 driver Mahaveer Raghunathan during the F2 practice session today. He has also been ordered to start tomorrow’s F2 feature race from the pits.

49 comments on “Gasly ordered to start race from pits”