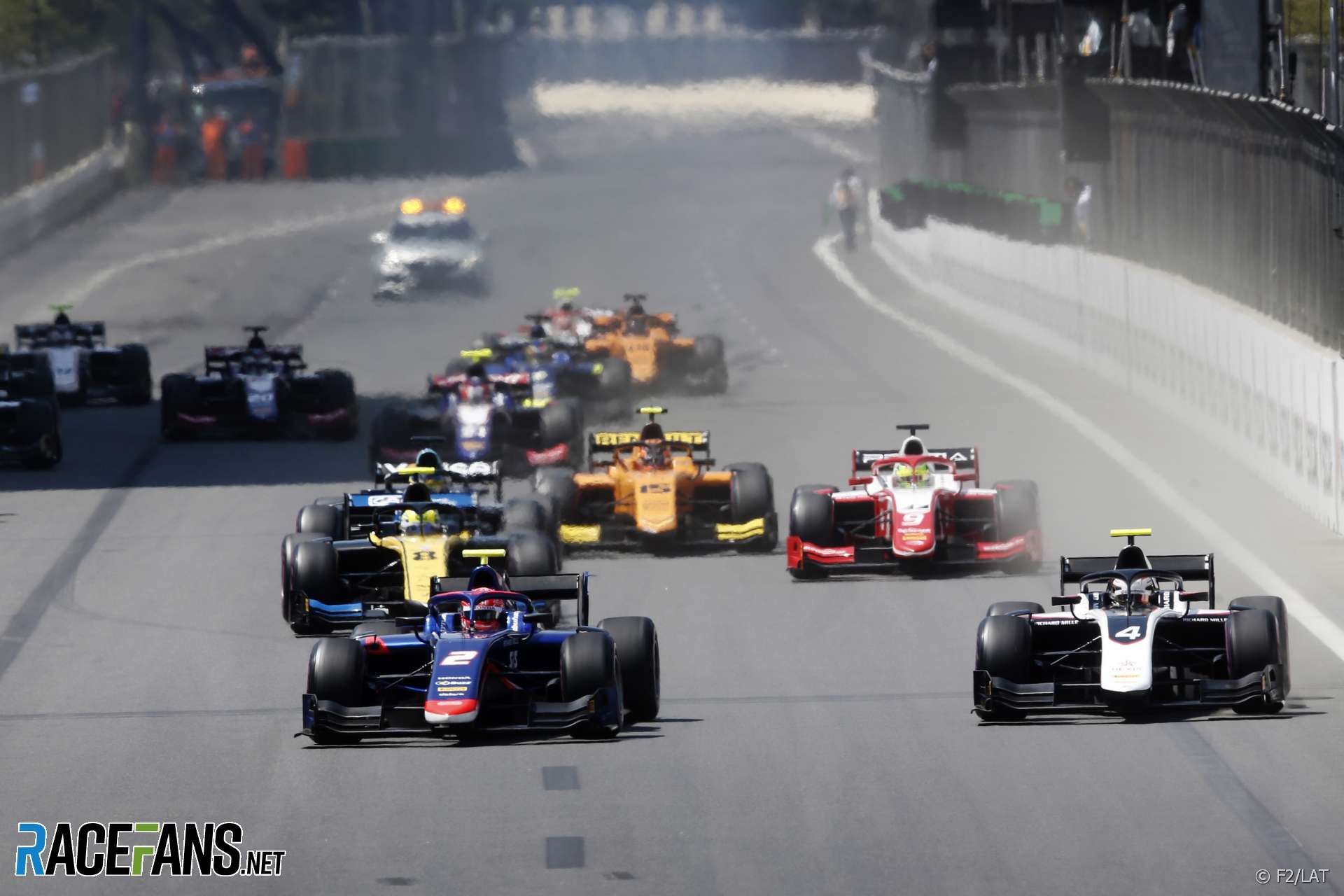 De Vries had taken the lead from pole sitter Nobuharu Matsushita at the start and pulled out a lead over his pursuers. But a slow pit stop by the ART team brought his rivals within range.

Aitken swapped positions with Nicholas Latifi in the opening laps but got himself in position to capitalise on De Vries’s slow pit stop. He emerged from the pit lane behind his rival, but nailed his chance to take the lead.

Latifi also passed De Vries, sparking an entertaining scrap between the two. They exchanged positions twice on lap 11, but the next time around De Vries decisively took the lead approaching turn one.

This put him in position to attack Aitken for the lead when the Safety Car was deployed late in the race following a collision between Guanyu Zhou and Juan Manuel Correa, which left the Renault junior driver in the barrier at turn one. However the first attempt to resume racing did not go according to plan. Sergio Sette Camara and Luca Ghiotto tangled approaching the start/finish line, forcing an extension to the Safety Car period.

Due to earlier incidents, the race was now running to time instead of its scheduled distance, meaning there were just two laps to go when the race finally resumed. Aitken held his nerve, arrived at turn one comfortably clear of De Vries, and motored home to deliver the first F2 victory for Campos.

Mick Schumacher had an eventful race, running wide at the first corner at the start and scrapping hard with Ghiotto, before spinning out at turn 16 and causing a Virtual Safety Car period. He joined Giuliano Alesi in retirement, the Trident driver having hit team mate Ralph Boschung at the start.

Taiana Calderon retired just as a Safety Car deployment looked set to save her race. The Arden driver stalled before the formation lap, started from the pits, and delayed pitting while she waited for a Safety Car to play into her hands. However her car stopped as she approached the pit lane after Zhou caused the final Safety Car deployment.