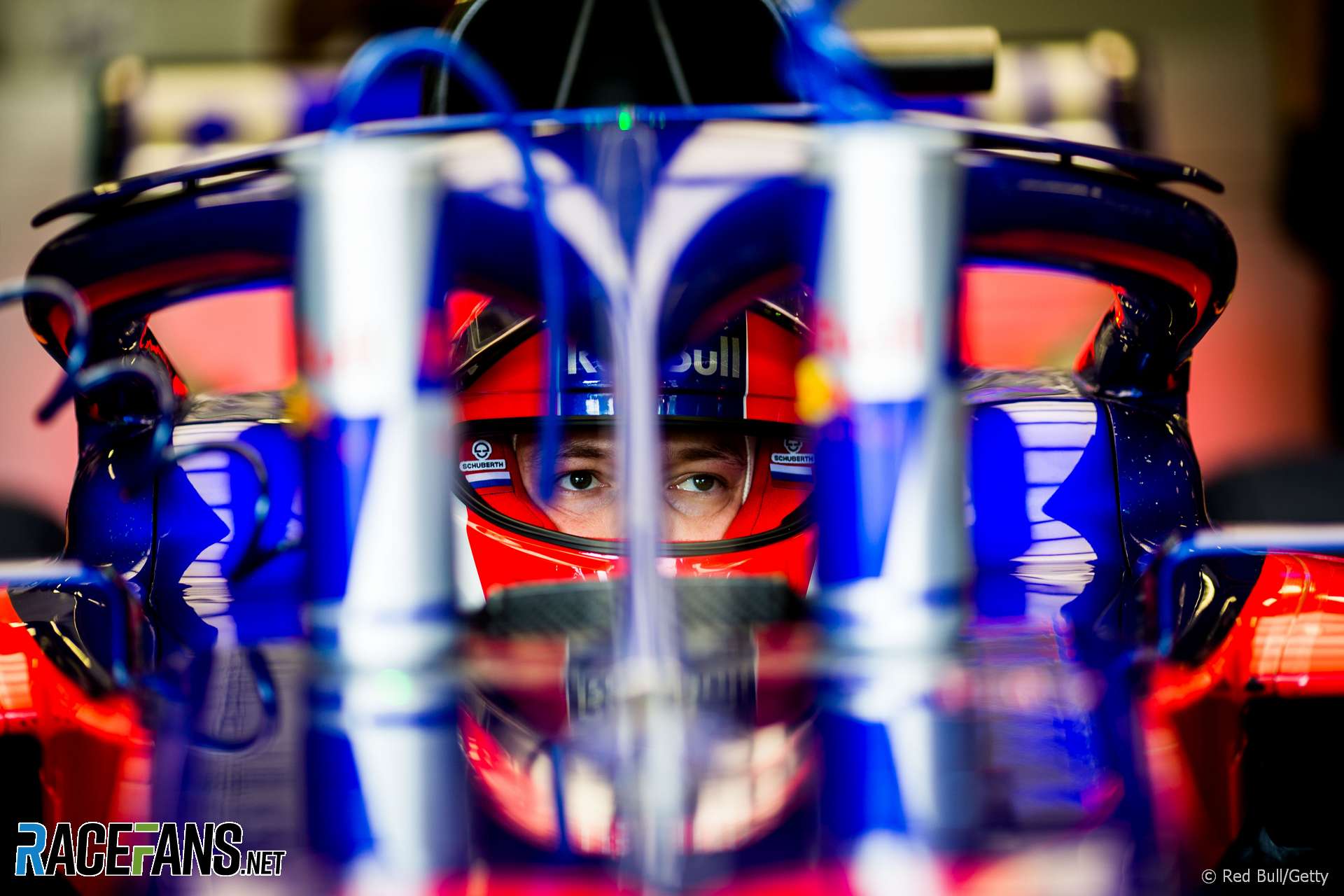 Maybe we need to just come to the track on Saturday. Honestly we are so… all the tracks, we know them. I think we need to allow extra time at new tracks like it’s going to be in Vietnam, maybe.

But it’s up to the F1 people to decide what’s best. Every driver’s different, someone needs maybe five hours but not me.

Last week over 250 people were killed in a terrorist attack in Sri Lanka. Among them were three children of Anders Holch Povlsen, owner of fashion brand Jack & Jones, which sponsor Haas and @KevinMagnussen. They're carrying these tributes on their car and helmet this weekend. #F1 pic.twitter.com/aBUr215ifq

Want to thank all of you for the support, means a lot, And want to thank the partners who were behind me and battled with me all the way to try make it possible. Chin is up, but my head will be down as I work towards making it back in 2020. 👍 (2/2)

Faintly disappointed that Ricciardo has gone back to that hideous helmet design. I tried to influence things by writing the following stat: "Ricciardo is yet to score with his new helmet design, but has 6 points this season using Jack Brabham's design" #AzerbaijanGP

Here’s a bit of good news: we’ve checked, and our bridge is going to be OK. pic.twitter.com/75rYbstItN

I am in the (now) Croatian town from which @MarioAndretti hails (Motovun) and look who’s pictured on the (bloody excellent) local wine (1st on the left, I believe). #SuperIstria #SuperMario @roxanich pic.twitter.com/k7XLdsmkz4

Today's events reminded me of the 2013 @MythBusters episode with @donttrythis and @JamieNoTweet demonstrating they couldn't lift a manhole cover with an @IndyCar: https://t.co/PO6YSpBQYm

Robert Kubica: "The track is very tricky. I spent time discovering it in FP2 but I don’t have much confidence, we are struggling overall with the grip and we cannot push the car as the tyres are not able to remain in the operating window. Additional time was lost during FP2 due to the red flags and it’s a shame we couldn’t drive both cars on the circuit."

Alexander Albon: "We did a good job preparing the car and we managed to put in some fast laps before moving to the high-fuel run, so it’s all looking good at the moment. We just need to fine-tune the car and I feel I’ve got more time to gain once I get to know the track better in a Formula 1 car."

Pierre Gasly: "The car is getting better all the time and I’m happy with the feeling I’m getting from it."

Guenther Steiner: "I wouldn’t call it a lottery, but I don’t think there’s a clear set pattern for tomorrow – like we’re used to seeing from other Fridays. I don’t really know where we are at the moment."

Rio de Janeiro, which hosted the Brazilian Grand Prix at its now-demolished Jacarepagua circuit, is seeking to bring F1 back to the city.

How far should the race organisers go to recompense Williams for the damage and disruption they suffered yesterday?

This is entirely the fault of the organiser not the team. Williams should not be penalised and should be allowed to practice even if that means running a small extra practice session just for them. Also the damage ought to be paid for too.
Lee1

22 comments on “Kvyat: F1 can do without Friday practice at most tracks”